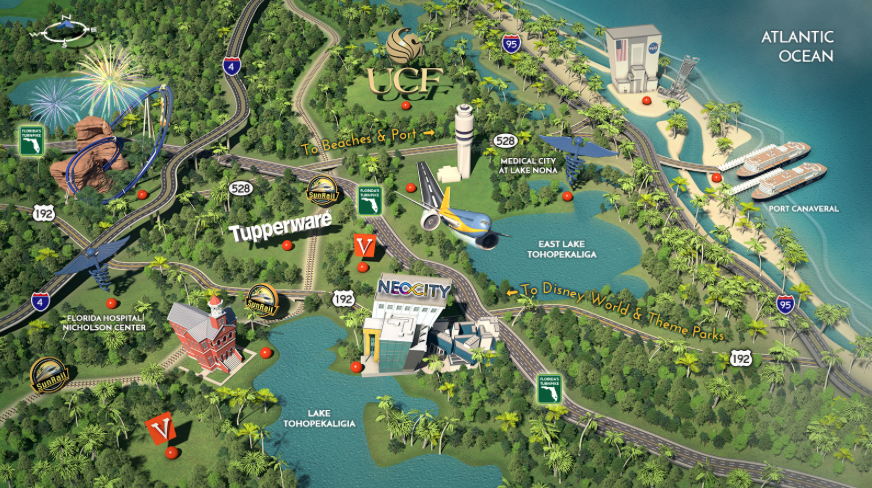 BRIDG, the struggling Osceola County high-tech manufacturing center that’s been supported by various government entities over the years, may be getting some aid from the Florida House of Representatives.

BRIDG, which designs and builds micro-electronics, was envisioned for years to be the cornerstone of Osceola County’s NeoCity high-tech industrial park and has received backing from the University of Central Florida and Osceola County, among others. But the company reportedly has run into difficulties, and in UCF in February decided it would be withdrawing its support, and that BRIDG was down to $188,000 in operating money.

The so-called “sprinkles list” includes a $4,250,000 appropriation for BRIDG Operations. NeoCity, located just east of Kissimmee, is in the district of term-limited Republican Commerce Committee Chair Mike La Rosa of St. Cloud, who sponsored the appropriation before the UCF’s Board of Trustees’ move.

La Rosa said a recent management shakeup at BRIDG is encouraging. He believes UCF will be coming back, and that BRIDG is again “on the right track. I think they’re going in the right direction,” La Rosa said.

However the money’s no sure thing, particularly with the negative press that surrounded UCF’s decision to abandon the BRIDG project. Last year BRIDG was in line for a $4.5 million sprinkle, but Gov. Ron DeSantis vetoed it. La Rosa said he’s had multiple conversations with the Governor’s staff, and that there’s a higher level of confidence this year.

All totaled, Central Florida is getting about $8 million in sprinkles from the House and $4 million from the Senate.

The next biggest supplemental appropriations in the House list set to go toward Central Florida include $2 million for Brevard County water quality improvements and $1 million for the Center for Aerospace Resilience at Embry-Riddle Aeronautical University in Daytona Beach.

Among other sprinkles on Central Florida in the House list:

Among other sprinkles on Central Florida in the Senate list:

— $750,000 for completion of construction of the Brevard County Emergency Operations Center.

— $250,000 for the Lake Jesup watershed project in Seminole County.

nextAmericans return to long waits for screenings at US airports