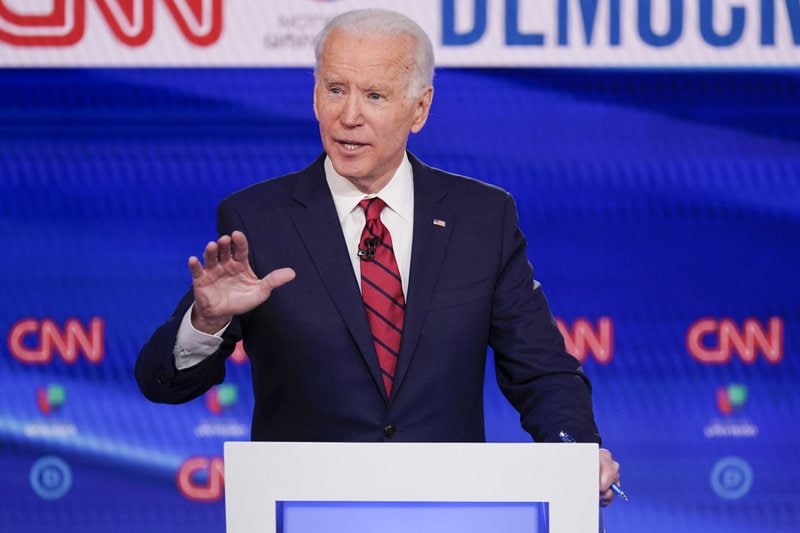 He gets the lion's share of 219 delegates at stake.

Joe Biden has won the biggest primary prize of the night, winning Florida by a landslide.

That means Biden will take the bulk of 219 delegates up for grabs based on Florida’s primary results.

Hawaii Rep. Tulsi Gabbard, the only other Democrat on the Florida ballot who has not dropped out, did not perform well enough to win any Florida delegates and was bringing in just 0.5% of the vote.

Turnout overall in Tuesday’s election in Florida was 30.06%.

Biden’s victory in the Sunshine State comes as no surprise, with a number of polls showing him with the lead.

A regular St. Pete Polls survey commissioned by Florida Politics has shown Biden ahead of Sanders since January.

The poll shows former New York Mayor Mike Bloomberg surging and for a time leading Biden in the state. But that collapsed after a poor debate performance by Bloomberg.

Throughout the build-up phase to Florida’s election, all the motion appeared to be between Biden and Bloomberg, who dropped out after a poor performance on Super Tuesday.

Meanwhile, Super Tuesday vaulted Biden to new heights. The last poll taken by St. Pete Polls ahead of the primary showed 69% of Florida voters favoring Biden while Sanders struggled at 14%, not enough to get a share of the statewide batch of delegates.

There are also 29 “Party Leader Elected Official” delegates who will represent Florida at the national convention. In total, the Florida Democratic Party will send 248 officials to Milwaukee in July.

It takes 1,991 delegates to clinch the nomination.

The race also took place under especially unusual circumstances. Tuesday’s primaries were the first since the coronavirus outbreak was classified as a pandemic.

While five states postponed voting because of the COVID-19 crisis, Secretary of State Laurel Lee affirmed the vote would continue in Florida. She maintained the election was running smoothly even as some elections supervisors had poll workers quit or fail to show as late as Tuesday.

Quarantines and self-isolating also impacted the campaigns themselves.

Biden’s victory came even after he did not personally visit the populous state leading up to the Tuesday primary.

Rather, the Biden campaign shifted a number of rallies and canvassing events to virtual organizing. Dedicated voter mobilization groups met via conference call and outreach efforts shifted to digital mediums in hopes of reaching voters trapped in their own homes.