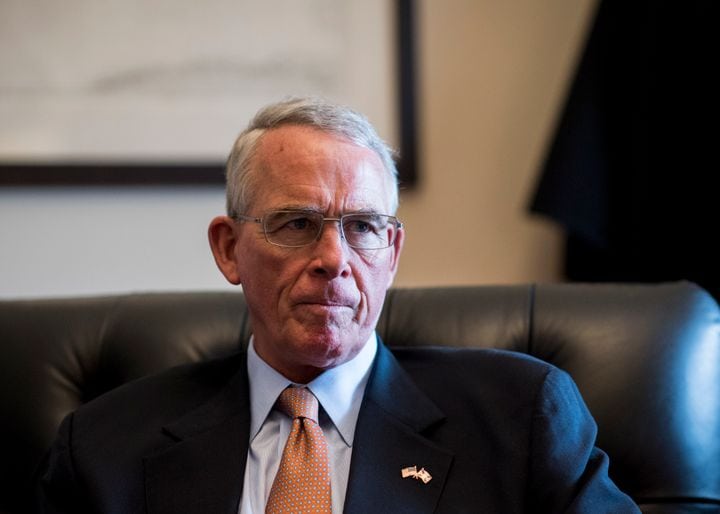 Some members of Florida's delegation self-quarantined. Another tested positive.

U.S. Rep. Francis Rooney says members of Congress should be able to work — and vote — remotely.

“We are in a serious, global pandemic, and Congress should utilize modern technology to permit remote voting.

“Votes on spending and response to the pandemic are critical and will need quick action,” said Rooney, a Naples Republican.

“Remote voting is the way to effectuate social distancing and follow proper health procedures. The technology exists — Estonia has used it for years.”

Other members, including U.S. Rep. Stephanie Murphy, have gone under self-quarantine after exposure to members who tested positive.

Murphy said she was in contact with a member who tested positive on Friday, though she did not say whether it was Diaz-Balart or McAdams.

“On the advice of the Attending Physician of the U.S. Congress and out of an abundance of caution, I will be self-quarantining until Friday, March 27,” Murphy said.

“At this point, I plan to network from home on the congressional response to this public health crisis, and my office and I will continue serving the people of Central Florida.”

Previously, U.S. Sen. Rick Scott, a Naples Republican, also self-quarantined based on a visit at Mar-a-Lago with a visiting Brazilian delegation that included individuals who tested positive for COVID-19.

Leaders in Congress thus far have resisted calls from members to allow remote voting, despite guidance from the Centers for Disease Control and Prevention discouraging gatherings of 10 or more people, according to ABC News.

“We are the captains of the ship. We are the last to leave,” Speaker of the House Nancy Pelosi reported told members last week.

But Rooney said the time has come to employ the same technology allowing many an American worker to work from home.

“This remote vote capability is even more necessary now that there are two Representatives that have tested positive for the virus,” Rooney said. “The work of Congress must continue, but it need not put people at risk unnecessarily.”

previousThe state won't act on beaches, but Miami-Dade County is