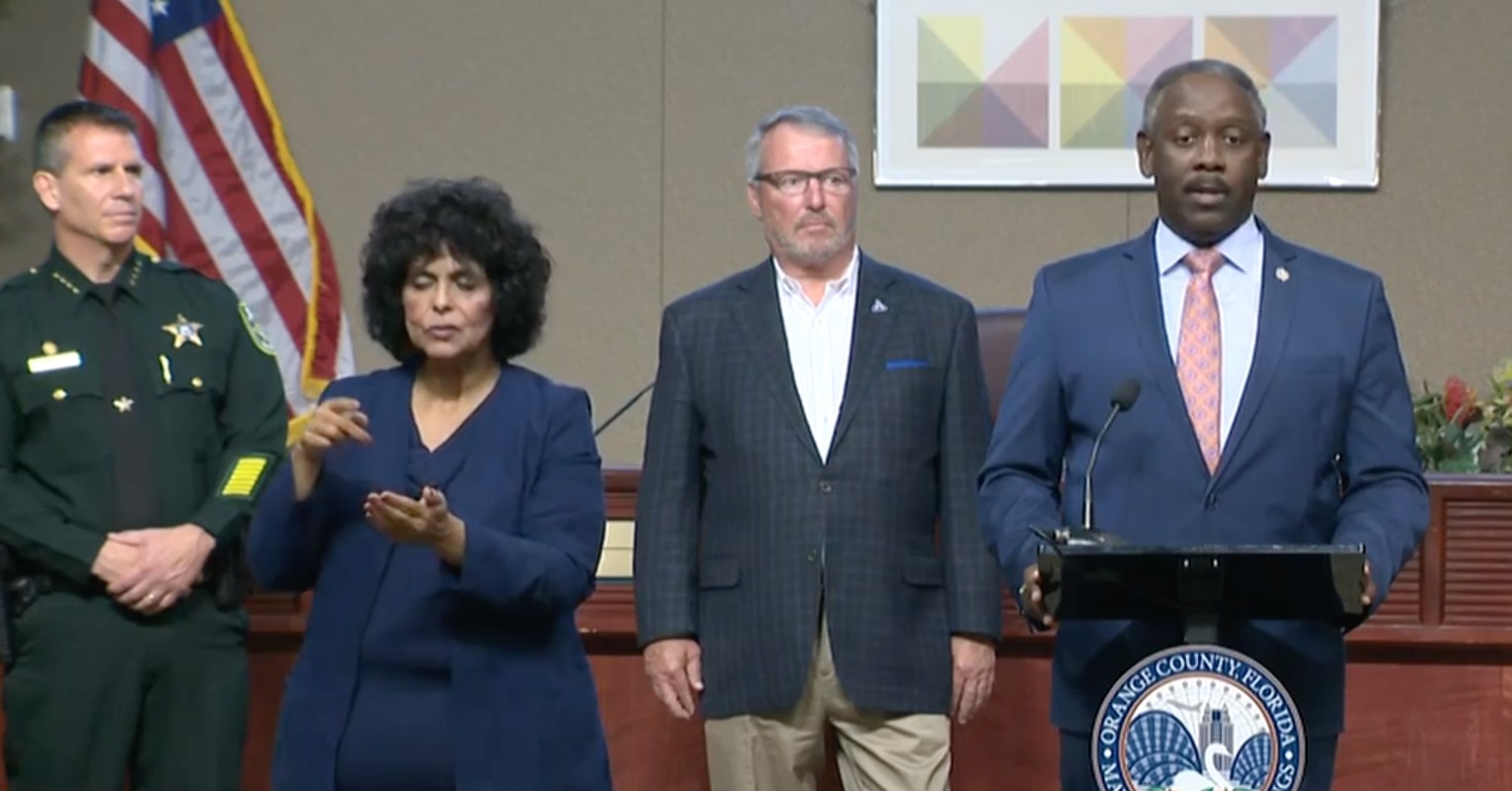 The Stay-at-home order will take effect Thursday at 11 p.m. in Orange County.

Orange County became the latest in Florida to declare a mandatory lockdown, as Mayor Jerry Demings announced he is ordering most of the 1.3 million residents to stay home starting Thursday to slow the spread of the new coronavirus.

Also in Orange County, Universal Orlando announced Tuesday it would keep its Orlando theme parks and properties closed through at least April 19.

Demings said he decided on the lockdown after hearing a universal message from the health care community of the potential for a dramatic increase in COVID-19 cases.

“What they are saying to us is if we do not act now, they will lose the ability to manage this in the short term,” Demings said.

The stay-at-home order allows people to shop for food, medicines and other essentials or to work at jobs for essential businesses that cannot be done from home. It also allows people to go for walks, ride bikes and such, but not in groups.

Orange County Sheriff John Mina said his deputies will not be out to arrest people for violating the order, but they will if necessary. Penalties can include $50 fines and up to 60 days in jail.

Demings pointed out the order requires the closure of nonessential businesses.

“I know this is uncomfortable for our residents but our goal is to stop the spread of this virus and get life back to normal as quickly as possible,” Demings said.

He called the potential spread of the virus “terrifying,” noting that it took one week for Orange County to go from one confirmed case to the current 50. Many health care officials expect the upward trend could continue to grow rapidly until hospitals are overwhelmed.

“I can tell you every single Mayor in Orange County agrees with the action that we are taking today. The health care community has urged us to take this action,” Orlando Mayor Buddy Dyer said.

“With the absence, not absence but the status of testing, we really have no idea how many people are infected in Orange County, and Central Florida,” Dyer said. And the longer we wait to take additional measures, the longer it is that we are going to have to battle this virus.”

Orange follows a number of other counties and cities that have taken similar actions in recent days, most recently Leon County, Alachua County, Gainesville and Tampa. Those actions have rolled out as Gov. Ron DeSantis has repeatedly declined to consider a statewide stay-at-home order.

Demings said he expects Osceola County expects to announce a similar order soon, and he and Dyer expressed hope that other Central Florida counties would soon follow.

previousOf America and sacrifice: Is the country ready to step up?

nextTokyo’s delayed Olympics: Who pays bills for another year?