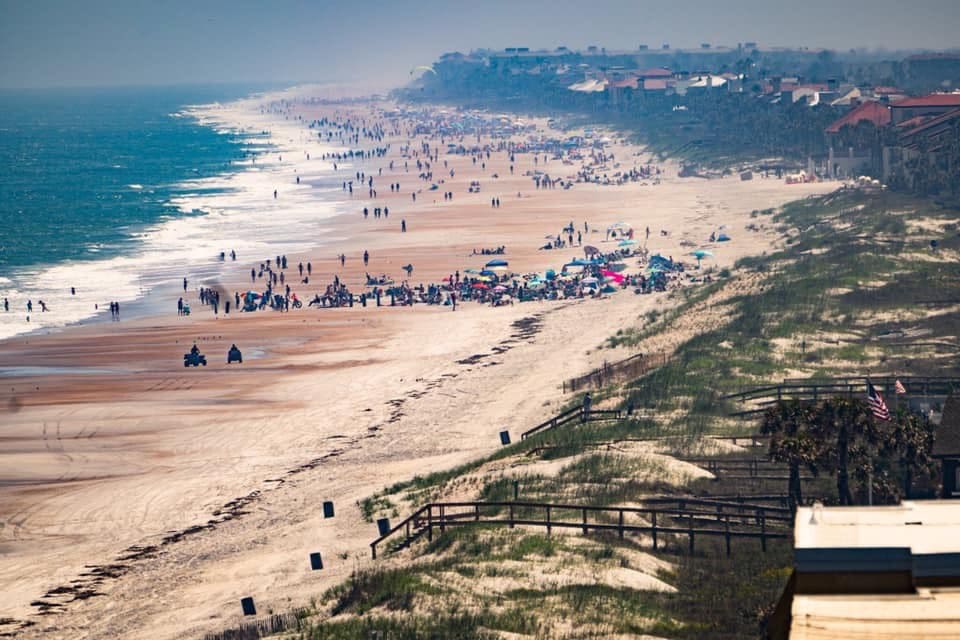 The lack of a one-size-fits-all approach to beach closures set two neighboring counties at odds until Saturday afternoon.

While Duval County closed its beaches over a week ago, St. Johns County waited until Saturday afternoon to announce its closure.

The delayed closure of the beaches did not go unremarked by one Duval County official just hours before St. Johns took action.

“Take a good look at the St Johns County beaches today. If you’ve had to close your business or you’ve lost your job during this pandemic,” Kimbleton said, “seems there are a lot of people that just don’t care.”

“This is just such a blatant disregard. We will never #Flattenthecurve this way,” she added.

Kimbleton, a veteran of local Jacksonville television news, has rarely been so blunt about another government’s policies on social media. She hastened to add that she was not commentating in her official capacity.

Duval has taken a more buttoned up approach to the coronacrisis than its bedroom counties, with virtual news briefings. However, curfews and stay-at-home orders have thus far been resisted, a contrast to other major cities in the state

Curry, out of necessity, has attempted to direct actions without dropping the hammer.

“Sheriff Mike Williams and I have been discussing a curfew,” Curry said. “The problem is enforcing a curfew right now would put an incredible strain on our law enforcement.”

St. Johns County did take one measure to “flatten the curve,” disallowing driving on beaches, a practice that hearkens back to a time when the county was much more rural and when beach replenishment projects were not a budget perennial.

Positive tests continue to rise in both counties.

Duval is up to 120 cases as testing increased, with 22 hospitalized and three dead so far.

previousTrump: No quarantine, but travel advisory for NY, CT and NJ