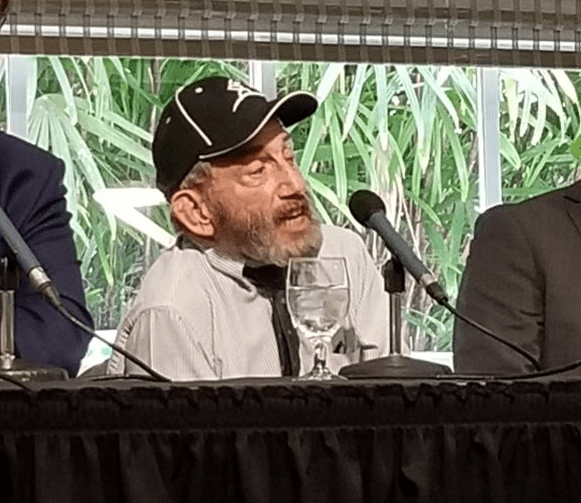 The former House candidate has some ideas on addressing this pandemic.

Robert Kaplan knows running as an independent for a seat in the Legislature rarely works out.

“I know my chances of wining are slim, but at least I can put in two cents and help the community,” said the Venice nursing assistant. “That’s the only reason I’m running.”

Kaplan last week filed to challenge Sen. Joe Gruters in Senate District 23. He’s previously run before for House, first running as a write-in for an open House seat in 2014 and then for U.S. Senate in 2016. In 2018, he qualified for the ballot and ran in House District 74, losing to Republican James Buchanan.

His platform at the time was focused on water quality and preservation, matters which ultimately became the priority for virtually every candidate in Southwest Florida when red tide hit the coast.

But Kaplan’s focus these days, like nearly everybody in the country, has turned to the COVID-19 pandemic.

“It’s like an invisible hurricane,” Kaplan said. “In Venice, in every grocery store everything is wiped out. And Gov. DeSantis took his sweet time and didn’t close us up like the President did, which is why we are in the pickle we are in.”

But Kaplan stresses he’s not running to trash anybody. He has known Gruters since 2012. “He means well,” Kaplan said. “I have no ill will toward anyone. I just want to work for the state of Florida, a state I love.”

The 64-year-old said his nursing background could be of use in a community conversation about the state’s future.

He feels schools should go ahead and commit to online learning through the end of the year, and that the state needs to look at closing travel significantly. DeSantis has put requirements on travelers from states with high concentrations of coronavirus infections to quarantine in Florida. But Kaplan would like to see the cruise industry effectively stop activity in Florida and turn boats into triage units, much as has been discussed with hotels.

Supply shortages on hygiene products like sanitizer and, yes, toilet paper, need to be addressed as well, he said.

He’d like to discuss this in forums and debates, but knows if this era of self-isolation continues, this could be an odd season for campaign functions.

“The way I see it, I hope I’m still alive for our campaign,” he said.

nextAutomated Vehicles used in Jacksonville to help with COVID-19 tests