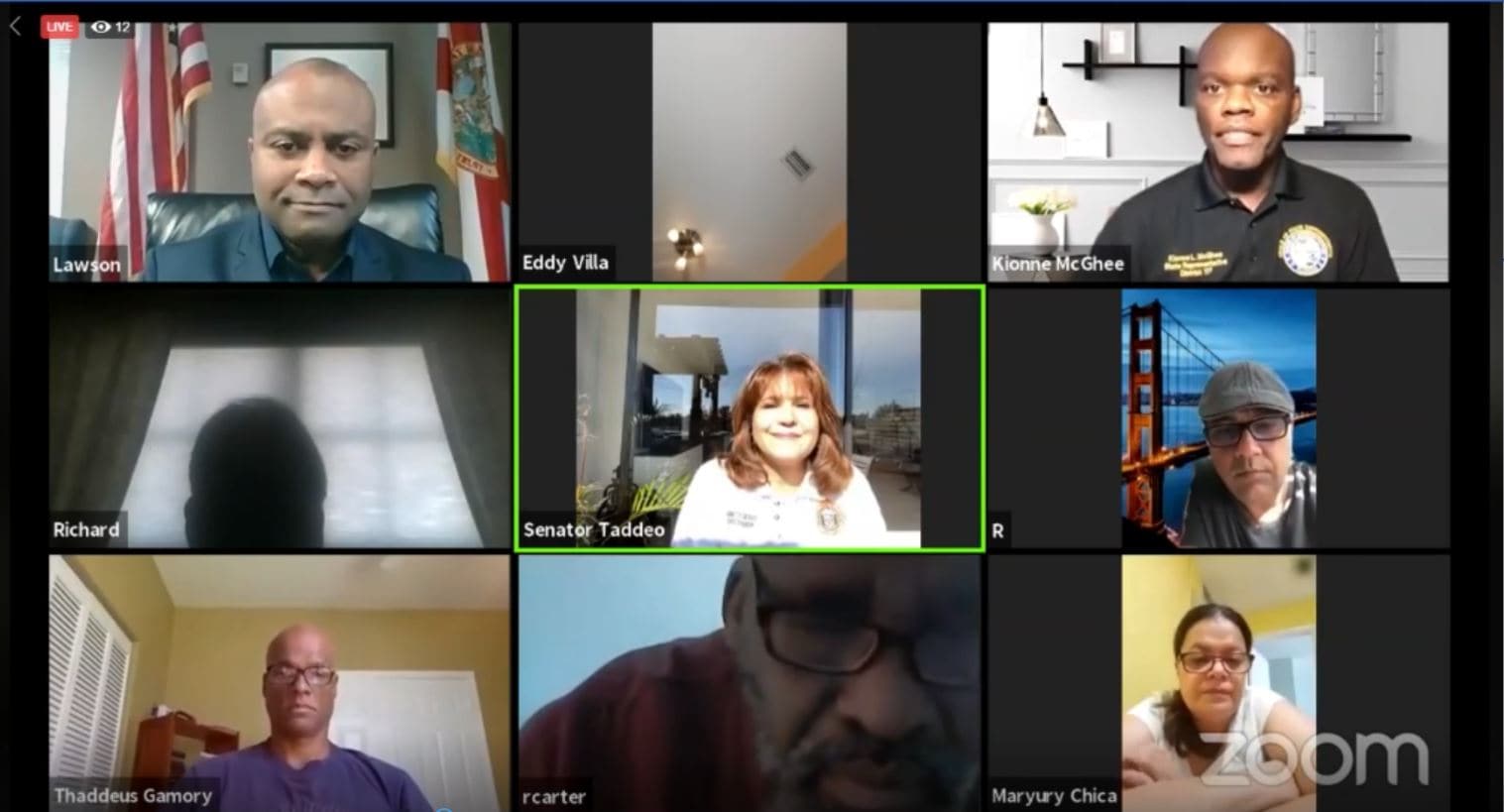 The meeting was supposed to address the state's ongoing struggle with online unemployment applications.

Instead, it devolved into chaos as trolls connected to the Zoom meeting and hijacked the conversation.

The state — and nation — are dealing with a surge in unemployment applications as many families fear the effects of social distancing measures put into effect during the novel coronavirus outbreak.

Many laid-off Florida workers have been frustrated with the DEO’s website, as it’s failed to handle a rapid rise in unemployment applications as families seek some form of financial security.

“As the leader of DEO who’s responsible for the system, I apologize to each and every one of you. I accept responsibility for my system,” Lawson said at the beginning of the Thursday call.

“Please know every month that I’ve been in this job, I’ve had my IT team working on this system to improve it.”

Thursday morning’s meeting was intended to address some of those concerns. But random internet trolls instead decided to entertain themselves by shouting random curse words into their microphone.

As Lawson described the improvements his agency was making to handle the application increase — such as hiring additional employees — one call participant labeled “Nathan j” began wildly laughing, interrupting the conversation.

“And Julian, can you mute other people?” she asked a legislative aide.

“At this time, we’re all frustrated. But me and my team, we’re committed. And I have to be patient with the frustration …”

Lawson again attempted to continue before Nathan interrupted by mocking the Director with gibberish and maniacal laughs.

“Alright,” Taddeo said, again grasping for some relief, “we’re going to have to — Julian, are you able to mute people?”

Taddeo continued trying to regain control of the meeting as her aide sought a way to mute other callers.

“I’ve received questions on Twitter, Facebook and I will be asking those questions, we’ll open it up as well,” Taddeo said. “But, please give us an opportunity …”

“Shut up, b*tch,” Nathan said. Then another voice could be heard also trying to direct vile insults to hijack the call.

“Alright,” Taddeo replied, exasperated as the audio began to drop out to lag.

When it picked up seconds later, Nathan again called Taddeo a “fat b*tch” before the Senator again tried to wrest control of the call, to no avail.

“Julian, are you able to …,” Taddeo began, before Nathan cut in, mocking Taddeo.

“Shut the f*ck up. I didn’t ask you to speak. Did I ask you to speak? No, I didn’t, so you better shut your mouth,” the caller said through barely contained laughter at being a jerk on the internet. Several other concerned constituents sat silently as the duo lobbed insults.

“Yeah, she doesn’t know how to run her own meeting, she’s pretty stupid,” one troll responded.

Taddeo then tried to explain they were ending the call and would set up a new link.

“Yeah, we’ll still find it. We’re hackers,” the callers sarcastically said. They then began blasting explicit rap music, drowning out Taddeo’s voice as the lawmakers scrambled to end the call.

Taddeo later said the individuals’ words “spoke more about them than it did about anything else.”