Florida to be part of COVID-19 vaccine pilot 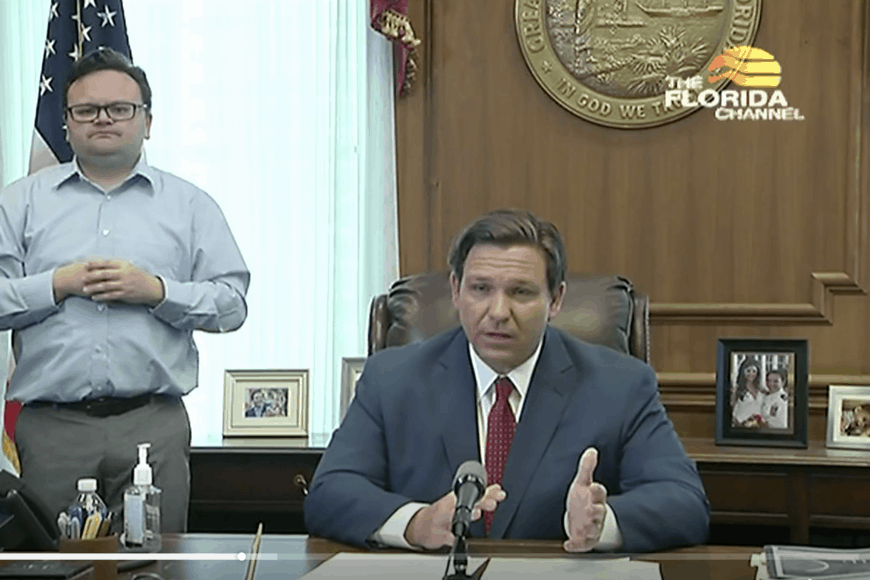 Gov. Ron DeSantis says his amended safe-at-home order now clarifies that local officials may issue additional rules not in his order, but questions remain on what decisions are preempted by the state.

What was remained said, “This Order shall supersede any conflicting official action or order issued by local officials in response to COVID-19.”

During a Thursday press conference DeSantis maintained the order simply established a minimum on what services are non-essential.

“We have the baseline,” DeSantis told reporters. “If folks want to do things more, then they can do more in certain situations. We want to work with the local folks. I think each region is Florida is very distinct, and some of these things may need to be approached a little bit differently.”

In Hillsborough County, a Brandon megachurch pastor was arrested this week for holding church services in violation of a local ordinance prohibiting gatherings of 10 or more people. DeSantis declined to answer whether his order preempted that local rule, but gave an alternative exception.

“I don’t know that they would have the authority, quite frankly, to close a religious — the Constitution doesn’t get suspended here. There’s got to be ways where you can accommodate,” he said.

In discussions with church leaders, most have agreed to come up with alternative plans, he said. If the congregation meets in person, they could maintain the CDC-recommended six feet apart to be in compliance with the state order.

“But I think particularly coming up in the Easter season, I think people are going to want to have access to religious services whether it’s online, whether it’s in a more socially distant type of service, but to have that available I think is very important,” he said.