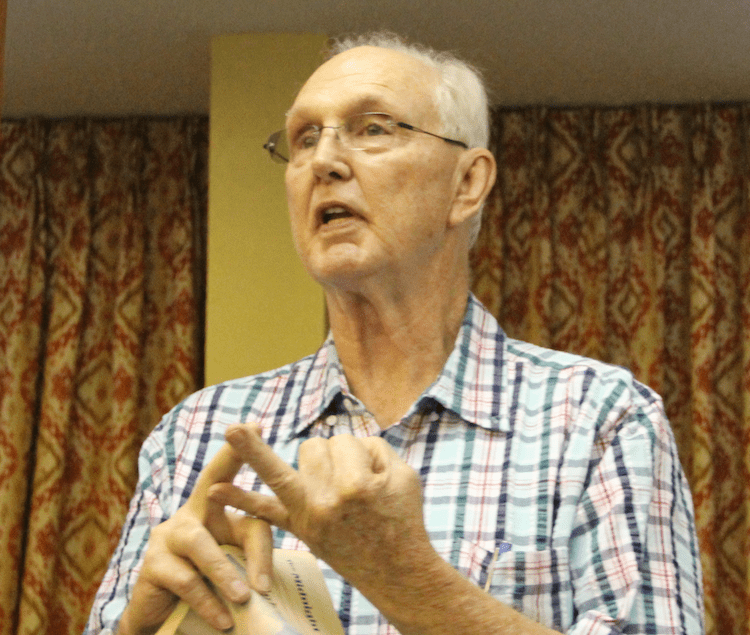 Sarasota County Commissioners last year approved a district map based on an anonymous contribution from a former county GOP chairman. In a deposition obtained by Florida Politics, the man behind that map also said he also drafted lines approved in 2011.

Bob Waechter, a highly influential Republican figure for more than a decade in Sarasota, told attorneys the maps look dramatically different because voters this year will vote in single-member districts for the first time in decades.

With Sarasota County’s population consistently holding a Republican-to-Democrat ratio of about 4-to-3, Waechter thought every district in the county should as well if districts are to elect commissioners individually.

“In my world that would be wonderful, but that’s not a practical possibility,” he said.

That’s because of the fact the City of Sarasota has become a Democratic bastion, particularly over the past decade.

So Waechter drew a map that divided the city into two County Commission districts, and moved the historically black community of Newtown from District 1 into District 2, which won’t vote until 2022.

That also drew former Sarasota Mayor Fredd Atkins out of district, where he was planning to challenge County Commissioner Mike Moran. Atkins, who is black, lost a countywide race to Moran in 2016 but won in the former boundaries of District 1.

Waechter didn’t say his map specifically sought to protect Moran but figured it may have been an unconscious goal.

The deposition was regarding a lawsuit brought by Atkins and other Newtown voters charging the off-year redistricting discriminates on racial grounds, hurting Atkins as a candidate and the community as a whole.

Waechter rejects the notion he aimed to harm or benefit groups based on race.

Rather he said he was motivated by an election analysis in SRQ Magazine, which showed a significantly different number of registered voters in each of Sarasota County districts. With single-member district voting on the horizon after a 2018 charter amendment passed.

Waechter shortly after that column’s publication drafted a map based on registered voter data and paid an attorney $500 to submit it to the county.

The same map would later be submitted under the alias “Adam Smith,” the name of a famed free-market economist, on the final day citizens could submit citizen proposals.

County Commissioner Nancy Detert later flagged the proposal and a majority of Commissioners, including Moran, directed consultant Kurt Spitzer to make a legally defensible map based on the proposal. Commissioners approved that product over maps Spitzer independently generated.

Waechter said he submitted the map anonymously because he was a “pariah” after pleading guilty to an illegal campaign donation scheme in 2013 when he donated money to Democratic Congressional candidate Keith Fitzgerald’s campaign in Republican County Commission contender Lourdes Ramirez’s name.

He was in better political standing in 2011 when he contends county commissioners reapportioned districts. State law required commissioners to look at district lines after the Census.

But he said back then, the location of Newtown did not matter because commissioners were elected countywide.

“It was of less significance in 2011 because every voter voted for every commissioner in 2011, so it didn’t really matter as much,” Waechter said.

Notably, Waechter said he relied in 2018 on registered voter numbers to draft his maps, and could not make sense of ESRI data provided to the public during the 2019 redistricting process.

Redistricting is required by law to be based on total population.

nextQueen: History will remember your actions in virus crisis