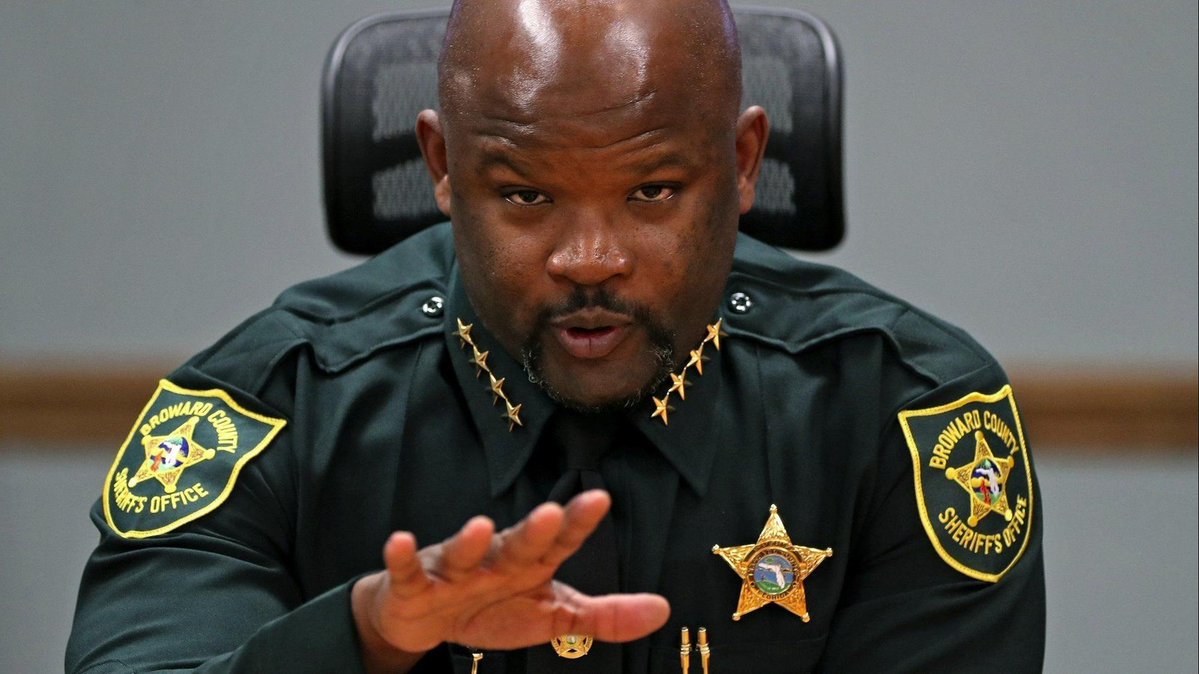 The Florida sheriff’s office ripped apart by the 2018 Parkland high school massacre is now facing an angry, public fracture sparked by the coronavirus death of one of its deputies.

The animosity between Broward County Sheriff Gregory Tony and the union representing his street deputies got even nastier on Tuesday when union president Jeff Bell penned a column blasting Tony in the local newspaper, the South Florida Sun Sentinel. It came four days after the death of Deputy Shannon Bennett, 39, and after three dozen Broward deputies and other employees had tested positive for COVID-19.

Bell accused the sheriff of not providing his deputies with sufficient protective equipment as they face a disease ”that has the potential to take more lives of police officers in a single month than will fall to gunfire nationwide in a year.”

“Tony has been politically fiddling with facts like Nero as Rome burned,” wrote Bell, the leader of the 1,400-member Broward Sheriff’s Office Deputies Association. “This so-called BSO savior, the man who rode into office with the support of distraught Parkland parents and this union, has failed to provide leadership.”

Tony quickly returned fire, calling a Tuesday morning news conference at which he excoriated Bell, saying he used Bennett’s death “to politicize and capitalize on a moment when we lost one of our own.” He called Bell’s actions “dishonorable.”

“For any rogue employee to come off and make these comments and say we have failed this community and the men and women we are leading is despicable,” Tony said. He said the department has issued more than 25,000 N95 masks, 45,000 surgical masks and 4,000 bottles of hand sanitizer to its deputies and others.

“We do not have time to play games with politics, as we are in a major crisis in this community, in this country and on this planet,” Tony said.

Broward is one of Florida’s hot spots for COVID-19, with more than 2,200 confirmed cases and 53 deaths.

Republican Gov. Ron DeSantis appointed Tony sheriff in January 2019, firing Scott Israel over the office’s failures during and after the Feb. 14, 2018, shooting at Marjory Stoneman Douglas High School, which left 14 students and three staff members dead. Several deputies, including school resource officer Scot Peterson, failed to charge into the building to confront the shooter. Israel had long clashed with the union and it supported his dismissal.

Tony, 41, was an unexpected choice to replace Israel, who later lost court and state Senate bids to get his job back but is challenging Tony in the scheduled August Democratic primary. Both Tony and Israel are former Republicans, but the county is heavily Democratic and they changed parties before taking office.

Tony, a former sergeant with the Coral Springs Police Department, had quit in 2016 to start a company specializing in active shooter training, garnering him support from some Stoneman Douglas parents who lost children. Before the current rift over protective equipment, Tony clashed with the union after he suspended and fired some deputies accused of excessive force.

“COVID-19 has peeled away the curtains and exposed Tony for the salesman he is. With less law enforcement experience than most BSO road patrol deputies and sergeants, Tony is simply overwhelmed by this public safety emergency,” Bell wrote in Tuesday’s column.

Tony was equally dismissive of Bell, who remains a deputy but whose full-time job is running the union.

“I’m still in uniform. I’m still out running around chasing people, risking my life with my people,” said Tony, who made local headlines over the past year when he chased down a shoplifting suspect and gave CPR to a driver who had collapsed. “As the union president … he hasn’t worn a uniform in years.”

nextFlorida on the cusp of 300 COVID-19 deaths