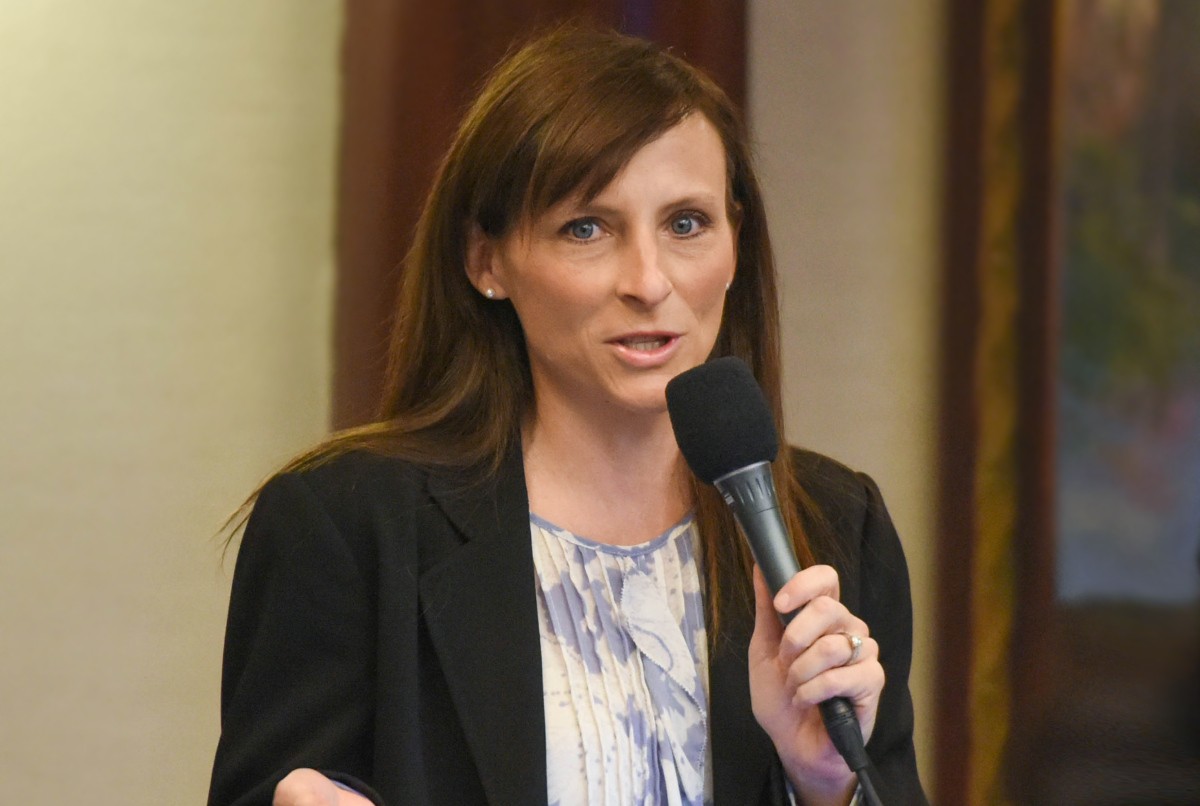 Despite clear evidence, the Sarasota Democrat is brushing away questions and shifting the blame to others over her committee funding a coronavirus town hall.

New Day Florida, an electioneering committee, spent $1,500 for the event.

Over the weekend, she told the Sarasota Herald-Tribune that the “allegations are off base.”

“I’m affiliated with New Day but it’s not my quote unquote PAC,” she said. “I’m not on the board so I would direct those questions to New Day.”

Problem solved? Not at all.

Her response is as nonsensical as it is brief.

There’s no reason to ask the committee “board” about the spending. Good promoted the event on her official social media accounts. She knew about it and knew who was paying for it well before it took place, probably because it is her “quote unquote PAC.”

New Day Florida isn’t some rogue pot of money that goes around surprising lawmakers with tele-town hall funding. It’s her political committee. It says so on the statement of solicitation she filed when the committee was founded. It says so on its website.

She might not be the chair or the treasurer, but everyone who donated to the fund did so in order to get her elected. It’s plain as day. There’s nothing to be “off base” about.

After one of her other brushes with campaign finance rules — yes, there are multiple — Good’s said it was all a misunderstanding. That time it was a website with coronavirus information that listed New Day Florida as its sponsor.

Then-campaign manager Kevin Lata said the notice appeared in error, and it was quickly changed to read that her congressional campaign paid for the site.

It’s a pretty lame excuse, but at least there’s some effort there. Not so with the town hall.

Rather than throw another staffer under the bus, she’s decided to just say deny it even happened. It’s a bold strategy that, much like her congressional campaign, probably isn’t going to end well for her.