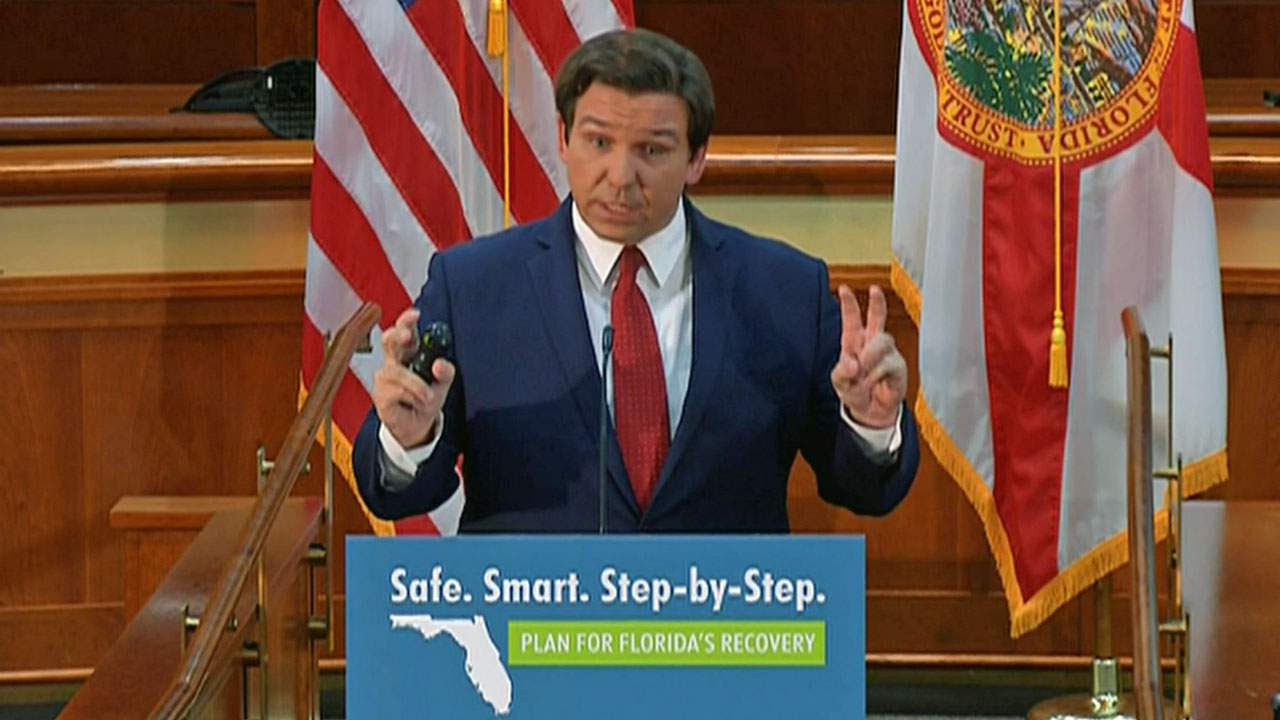 'See I told you so' isn't the way to inspire confidence.

Gov. Ron DeSantis had an opportunity Wednesday to unite a frustrated community of Floridians, but he mostly squandered it.

As he took the podium late Wednesday afternoon, it was a chance to show his constituents — the tired, the poor, the sick, the bored — that he was doing his best to get the state back to work, to bring back some shred of normalcy, while also forging forward with crucial public safety measures aimed at keeping the virus at bay and Floridians healthy.

In some ways, he did, and I’ll get to that. But he missed the boat not for a lack of data or effort, but by letting his own frustration get the better of him.

Instead of inspiring a state brought to its knees by an unseen enemy, he came across as angry, annoyed, petulant, maybe even fed up with his own duties in the state’s highest office.

Yes, you could argue, it’s fair to feel those things and more. Lord knows that’s how the rest of us feel. But he’s the Governor. Floridians are looking to him to lead, to inspire, to instill optimism and strength.

What does it tell an out-of-work bartender when the Governor complains that his wife and children don’t get to leave the Governor’s mansion? Read that again. Mansion. Your life, Governor, might not seem so bad when your family is holed up with all of the finer things in life while so many others are wondering where they’ll get their next meal.

Trust me, I know what happens to fathers of newborns. At about five or six weeks, you hit a wall.

I know, because I hit that wall.

But my wife, in all of her grace and wisdom, sent me off to bed early the night I hit that wall. But she did so with the stern reminder that, come morning, I better have my big boy pants on because the situation doesn’t change just because you’re tired.

Imagine where DeSantis would be today had he cut about the opening 20 minutes from his reopening speech.

Imagine if he had kept his lead to the few minutes of pure empathy he shared about people dying alone, about kids missing their friends, about exhausted parents like him. Imagine if he had cut out all of the foot stamping and football spiking.

If he had shared the data without the angry asides. If he had laid out his plan with only careful consideration to its caution. If he had done that, he’d be a lot more popular today than he was yesterday.

And his plan is popular. A Sachs Media Group survey found 62% of Floridians thought the phase one announcement was either just right or could have happened a bit sooner. Only 38% thought it was too soon and 69% agreed with the types of businesses that would open.

Those are good numbers for a Governor in the throes of a pandemic.

But instead he aired his grievances. He culminated a days’ long victory tour touting how he was right and the meddlin’ media was wrong with an unnecessary fusillade instead of what could have been his Independence Day speech.

That could have been his Whitmore moment.

DeSantis said Floridians need to choose facts over fear. On Wednesday, he chose too much anger over not enough unity.