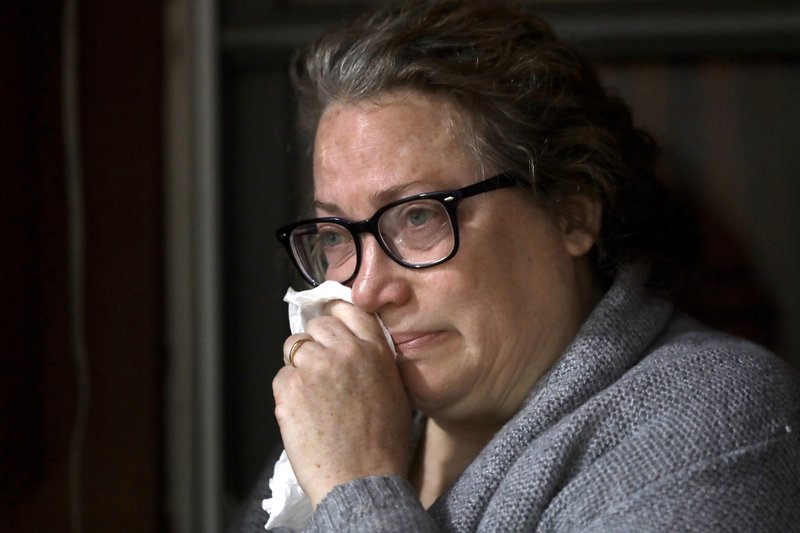 Holyoke Soldiers’ Home contains the deadliest known outbreak at a long-term care facility in the U.S.

Desperate for information as coronavirus deaths mounted at the Massachusetts veterans home where her father lived, Susan Kenney drove there with her question written in big letters on her car window: “Is my dad alive?”

He was. But not for long.

Kenney’s father and 69 others who served their country have died after contracting the virus at the Holyoke Soldiers’ Home in what has become the deadliest known outbreak at a long-term care facility in the U.S. As state and federal officials investigate what went wrong, outrage is building among family members and workers who say leadership failed to protect the veterans and allowed the virus to spread unchecked.

“Somebody screwed up there,” Kenney said, choking back tears. “Somebody needs to be held responsible.”

Officials and health care workers at the state-run home are now racing to curb the spread of the disease while tending to the roughly 100 veterans who remain there. Dozens of residents have been moved away, including about 30 to a nursing unit at Holyoke Medical Center. In addition to the dead, about 80 other veterans and 80 employees have contracted the virus, officials said.

The home’s superintendent was placed on administrative leave on March 30 and the CEO of Western Massachusetts Hospital, Val Liptak, took over operations.

This week, eight “coaches” were brought into the home to ensure staff are using personal protective equipment properly, officials said. And dozens of National Guard members have been sent there to help, but staffers say it’s too little, too late.

“The truth is the damage has already been done,” said Kwesi Ablordeppey, a certified nursing assistant who has worked there for about 20 years. “All we can do now is do our best to salvage,” he said.

Workers said they weren’t given adequate personal protective gear at the beginning of the outbreak and management didn’t properly isolate the first veteran to test positive for COVID-19. Staffing shortages that employees have been complaining about for years helped the virus spread quickly as nurses were forced to move from unit to unit to help out, they said.

“We sounded the alarm. The state knew… and nobody wanted to listen to us,” said Joe Ramirez, another staffer who contracted the virus himself. “Unfortunately this virus hits and now they are looking into it,” said Ramirez, vice president of the union that represents many of the facility’s workers.

The home’s superintendent, Bennett Walsh, has defended his response and accused state officials of falsely claiming they weren’t notified quickly enough about the spread of the virus. His lawyer, William Bennett, said Wednesday that Walsh wants to let investigations into the home unfold before commenting further.

For most people, the coronavirus causes mild or moderate symptoms, such as fever and cough, that clear up in two to three weeks. For some, especially older adults and the infirm, it can cause more severe illness, including pneumonia.

The dead include World War II veterans and those who served during the wars in Korea and Vietnam. They were husbands, fathers and grandfathers, already weakened by other health issues, and in need of camaraderie and a quiet place to spend the remainder of their lives.

When Kenney heard about the problems at the home, she started frantically calling to get details about her father, Charlie Lowell, she said. After failing to get a hold of anyone for hours, she took a blue grease pencil and wrote on her car windows: “Is my dad alive? Shame on Soldiers Home. Over 30 hours with no call back.”

When she arrived at the home, she shouted at a woman wearing scrubs: “Who the hell is in charge here?” Kenney said.

Lowell, 78, died on April 15, nearly two weeks after Kenney drove her car to the home searching for answers. The Air Force veteran was an air launch missile guide technician for the 17th Airborne Missile Maintenance Squadron until 1965 before working at IBM. He leaves behind a wife of almost 60 years.

To Keri Rutherford, it had looked like her father was going to be one the lucky ones to escape the virus. Francis “Fran” Foley, an 84-year-old Army veteran, initially tested negative and was moved to the Holyoke Medical Center with others who didn’t have COVID-19, she said. But soon, he was running a 104 degree fever. Days later, he died.

“I think a lot of people have the mindset, ‘Oh, they were old. They already had issues,’” Rutherford said. “It’s almost like because they were old and in a nursing home, it didn’t really matter,” she said.

Several investigations into the deaths are underway.

Massachusetts Attorney General Maura Healey said she is looking into whether legal action is warranted. And the Massachusetts U.S. attorney’s office and Department of Justice’s Civil Rights Division are investigating whether officials violated residents’ rights by failing to provide them proper medical care.

Family members say they are hopeful those investigations will provide answers and perhaps justice. The veterans deserved to be protected by the country they gave so much of their lives to, they say.

“You’re dealing with a population who either volunteered or was drafted and throughout the duration of their lives have always put the welfare of others in front of themselves,” said state Rep. John Velis, a major in the Army Reserve who visited the home last week.