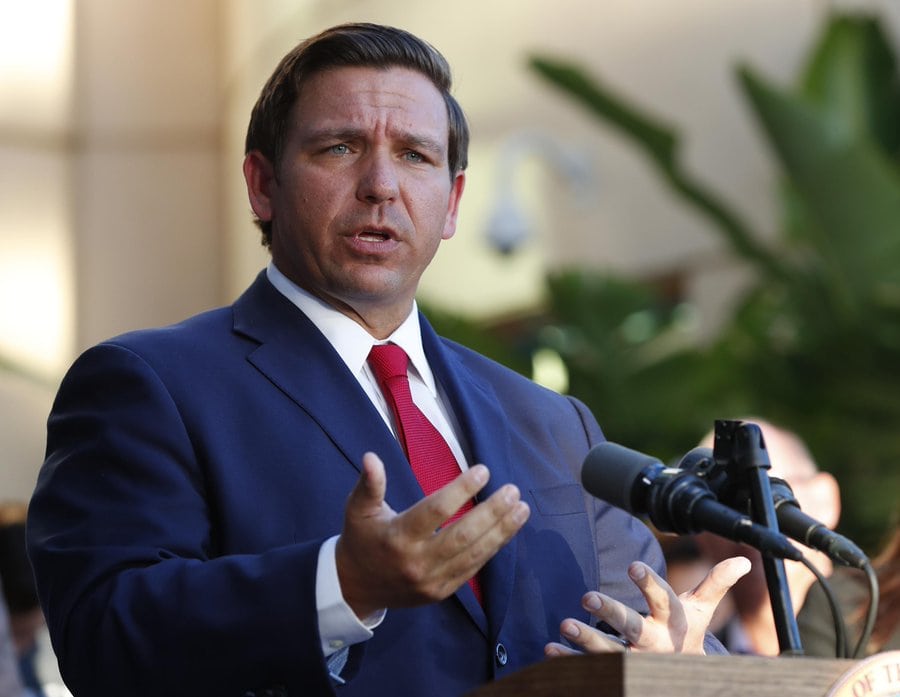 After Duval County opened beaches for limited purposes, the #FloridaMorons hashtag trended on Twitter. DeSantis has since gone out of his way to defend Duval against the slings and arrows of a press he has seen as sensationalistic throughout the coronacrisis.

Monday evening saw the Governor, minutes after a press conference where he hit many of the same themes, drop a tweet slamming “out of state media” for having a “spasm” and leaving a “drive-by smear.”

“In mid-April, out-of-state media had a spasm because Duval County opened its beaches for recreational use. Now 17 days later, have the fears of this drive-by smear against Floridians been realized?”

Prior to that, press conference props from the Governor came Monday in Tallahassee, where the now-infamous hashtag figured in a graphic on the telecast of the press conference.

DeSantis called on the national media to convey “apologies” to the city of Jacksonville, “attention: Mayor Curry,” as well as to the Mayor of the beaches.

However, the Governor knows the score with the national press.

“I won’t hold my breath on that happening,” he quipped.

In contrast to those outlets, the Governor lauded (not for the first time) the levelheaded local media against the “hullaballoo.”

“Local media in Northeast Florida did a great job,” DeSantis said, before suggesting that they then said “the chance of you getting it [at the beach] is lower than at Costco.”

It is unclear which, if any, of the local outlets made the Costco claim.

Meanwhile, it’s worth noting that the first lady of the state worked for two of the three local television news operations during her extended career on local airwaves.

For the Governor, this continues a tradition of using Jacksonville as a totem in his now-routine disparagements of the national press.

He did not on Monday repeat his now-famous quote.

“For those who would say you’re morons,” DeSantis said last month, “I’d take you any day of the week and twice on Sunday.”

However, with a statewide and national media taking their shots at the Governor, the more laid back scene of Northeast Florida appears to be an oasis of sorts for DeSantis.