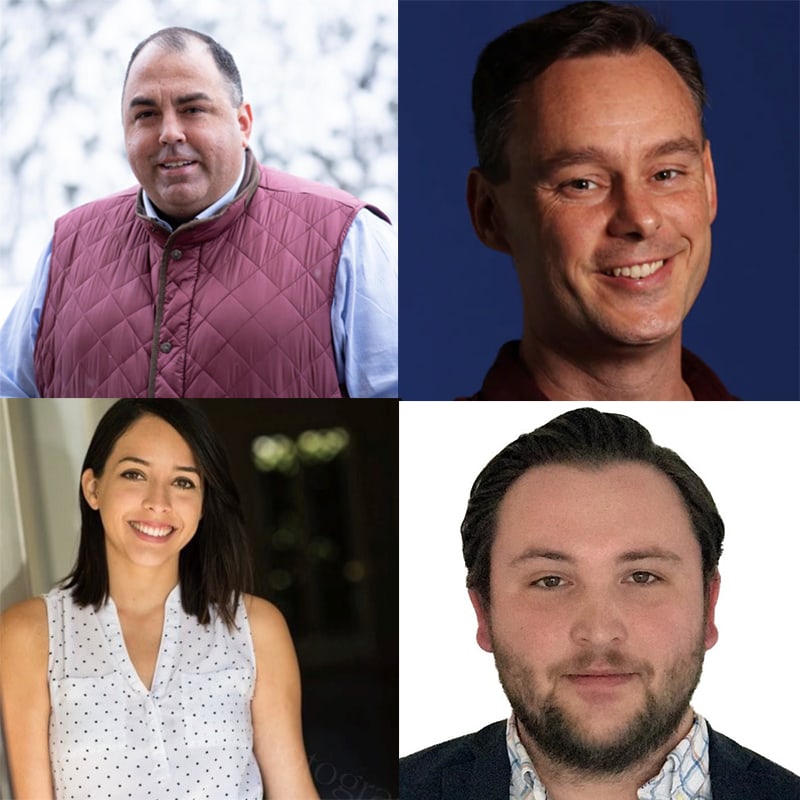 Four leading Florida political journalists expressed befuddlement Thursday when asked what they thought about Gov. Ron DeSantis‘ aggressively defensive tone as he unveiled and promoted his coronavirus crisis strategies in the past couple of weeks.

“I can’t wrap my head around the logic of it,” said Orlando Sentinel reporter Jason Garcia. “And I’m sort of curious to get the [thoughts of] folks that are covering this stuff on a more daily basis… The strategy here seems to be to create this narrative that, ‘It was never a big deal in the first place,’ rather than, ‘I did a really good job responding to it.'”

“I’m wondering what the logic is,” Ceballos said.

The four made up a virtual panel Thursday, via Zoom, to present the monthly program for the Tiger Bay Club of Central Florida, “Florida’s Policy and Political Landscape in 2020,” a discussion attended online by more than 100 members.

The quartet quarreled some over other statewide political questions, such as whether and when the Florida Legislature might return for a special session, and how draconian DeSantis might have to get with budget cuts to balance out revenue losses because of the coronavirus crisis.

They agreed that the current bickering between DeSantis and  Agriculture Commissioner Nikki Fried, the Florida Cabinet’s only Democrat, are indicative of the state’s future election battles. They also agreed that, while it appeared as if partisan politics had eased in Tallahassee for the first 15 or so months of DeSantis’ administration, it’s back in fashion now.

And while offering some hope for the prospects for Florida’s beaches, they all expressed somber pessimism for Florida’s broader tourism industry, and particularly for theme parks and cruise ships.

“It breaks my heart,” Schorsch said.

“Frosty coconut drinks are the things that make this economy go, and right now they’re not flowing, and they’re probably not going to be for a very long time,” Dixon said.

DeSantis had spent the first 25 or so minutes of his April 30 speech on reopening Florida’s economy focusing on how wrong the media and others had been in forecasts of the coronavirus crisis, at least in dealing with the potential speed and scope of the epidemic, hospitalizations, deaths, and equipment shortages.

“Most of the forecasts, as has been noted by others, were based on the state doing nothing. So the state, thankfully, has taken some steps to mitigate the spread of the coronavirus and beat a lot of those forecasts,” Dixon observed. “But it turns into a kind of low-hanging fruit narrative for the governor to jump on to say, ‘media organizations reported on these early forecasts. They were wrong. So therefore they were raising a false red flag.'”

He suggested that it may have been a political strategy, for DeSantis to move away from centrist politics while everyone else returns to strong partisan positions in Florida.

Ceballos noted that DeSantis did not limit airing his media grievances to just one speech, even though they drew considerable criticism and diverted some attention away from the aspects of his big Phase One plan.

“It’s obviously planned. It’s not just one time that he’s done it,” she said.

Schorsch called the move unfortunate, saying it may have cost DeSantis the chance to ride high in polls.

“His approval rating was in the 60s, even high 60s, going into this session. Now he’s at like 51%… he’s no longer in that sweet spot that Jeb [Bush] was in for a while, that Charlie [Crist] was in at the beginning of his tenure,’ Schorsch said.