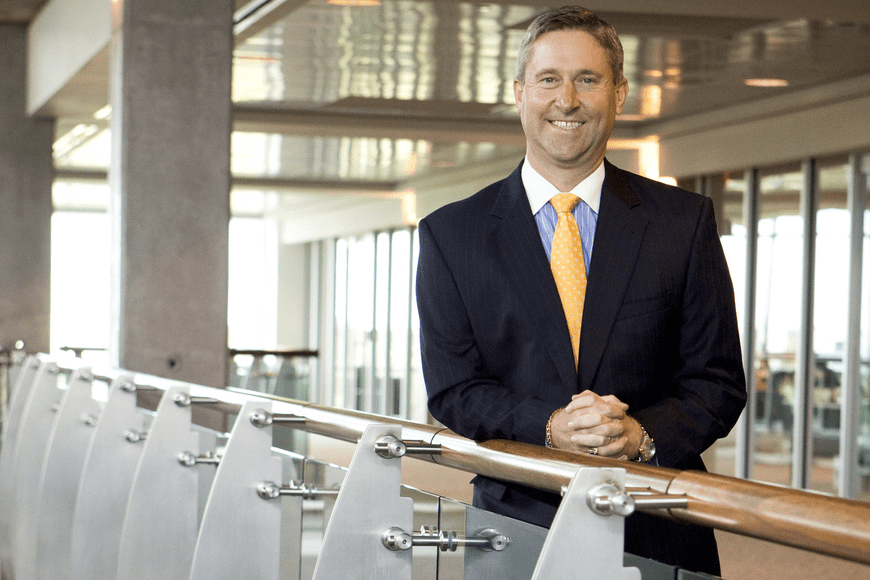 Police say he tried to use a political connection to avoid arrest.

“The termination follows a recent personal incident unrelated to the Company in which the Board determined that Mr. Johnson’s conduct did not meet the Company’s standards,” the release reads.

The company announced this weekend Johnson had taken a leave of absence following an arrest on charges of battery on a police officer and resisting arrest. Since that time, board members have concluded it is in the best interest of the company to break with Johnson.

Arrest records show Sarasota city police booked Johnson into the Lee County Jail on May 7. He was booked on a charge of failing to leave a property on order of the owner, for resisting arrest without violence, and for two charges of battery on an officer.

His arrest came after an incident near Downtown Sarasota at the Wicked Cantina.

That came after management for the restaurant asked Johnson to leave the premises and then reported him for trespassing, according to an arrest affidavit. Two other individuals named in the report were also asked to leave because they were highly intoxicated and instigating arguments with other guests.

“After being asked to leave multiple times by both Wicked Cantina staff, as well as officers, Johnson continued to refuse to leave and became aggressive, swung a fist at me but did make contact,” wrote Officer Nicholas Bernier.

While being loaded into the back of a patrol car, Bernier writes that Johnson continued to act aggressive. He then started bragging about a personal relationship with Sheriff Tom Knight and said officers would “pay” before saying he was not going anywhere.

At one point, he told officers “I’m going to knock you out.”

The arrest only became public when the Business Observer reported about the incident Friday.

FCCI initially told the Observer it accepted denials of charges by Johnson. But that shifted as the company gave Florida Politics a statement Sunday that it took allegations “very seriously.”

Two days later, the company announced Johnson’s termination, and that Christopher Shoucair would continue serving as interim CEO. Jack Cox has taken over as interim board chairman.

“As a value-oriented company with over 60 years of striving for excellence, FCCI is committed to upholding its company values and conducting business with the highest standards of integrity, transparency and accountability,” the release said. “The Company expects the same level of excellence from all of its teammates.”

The Economic Development Corporation of Sarasota County lists FCCI as one of the top employers in the region.

Johnson was promoted to the position of CEO in 2011.