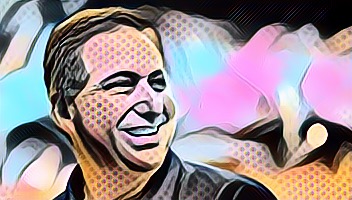 Now is not the time for uncertainty or upheaval.

Term limits are one of the most controversial topics in politics. Support or opposition varies regardless of political affiliation and thoughts on the matter might be different across various offices.

Someone might support term limits for Governors but oppose them for members of Congress, for example.

But in the age of coronavirus, term limits raise a question for St. Pete voters looking for leadership continuity as the city trudges through the pandemic and its ongoing economic recovery.

Should the city temporarily buck term limits and allow Kriseman to run for a third term next year?

There’s a strong argument for yes.

To be clear, I’ve never been a die hard Kriseman supporter, but over the past six years, he has proven his leadership on a variety of issues ranging from the Tampa Bay Rays and economic development to promoting small businesses and strong environmental policy.

There will always be haters. I’m looking at you, people who are still sour over Kriseman’s sewage debacle. And I’ve been there. Heck, I’m still salty about it.

But single issue voting is never a good idea and, right now, the city, like so many others across the nation, is facing some of its toughest challenges.

Kriseman has already proven himself on economic recovery, having taken office as the city was in the throes of recovering from the Great Recession.

He also already has proven himself on the pandemic front. He was measured in his city’s response, taking early action with restaurant and bar limitations before the county or state acted. He was also not afraid to go along with one of his political foes, Gov. Ron DeSantis.

He didn’t alter local restrictions on reopening after DeSantis announced his Phase One plan, nor did he buck the Governor when he allowed salons and barbershops to open this week.

He could have. The Governor’s order allows local governments to be more restrictive, just not less.

It’s not that his would-be successors are incapable. Both County Commissioner Ken Welch and City Council member Darden Rice have been navigating the pandemic well in their respective positions, talking with and listening to citizens.

But neither have had the opportunity to prove themselves in the Mayor’s Office.

As Hillsborough County Commissioners determined in their decision to promote from within to replace outgoing County Administrator Mike Merrill, now is not the time for uncertainty or upheaval.

Kriseman could encourage City Council to amend the City Charter to allow a third term, even if only temporary. And Kriseman is only the city’s fourth strong Mayor in the term limit era so it’s not like the city is totally locked into that model.

He’s not currently pursuing that route, and he might not want to. Eight years might be enough, and the private sector might look like a vacation compared with the daily briefings and undeniable stress he has been under managing a city through a recession.

But it is possible. And it’s certainly food for thought.