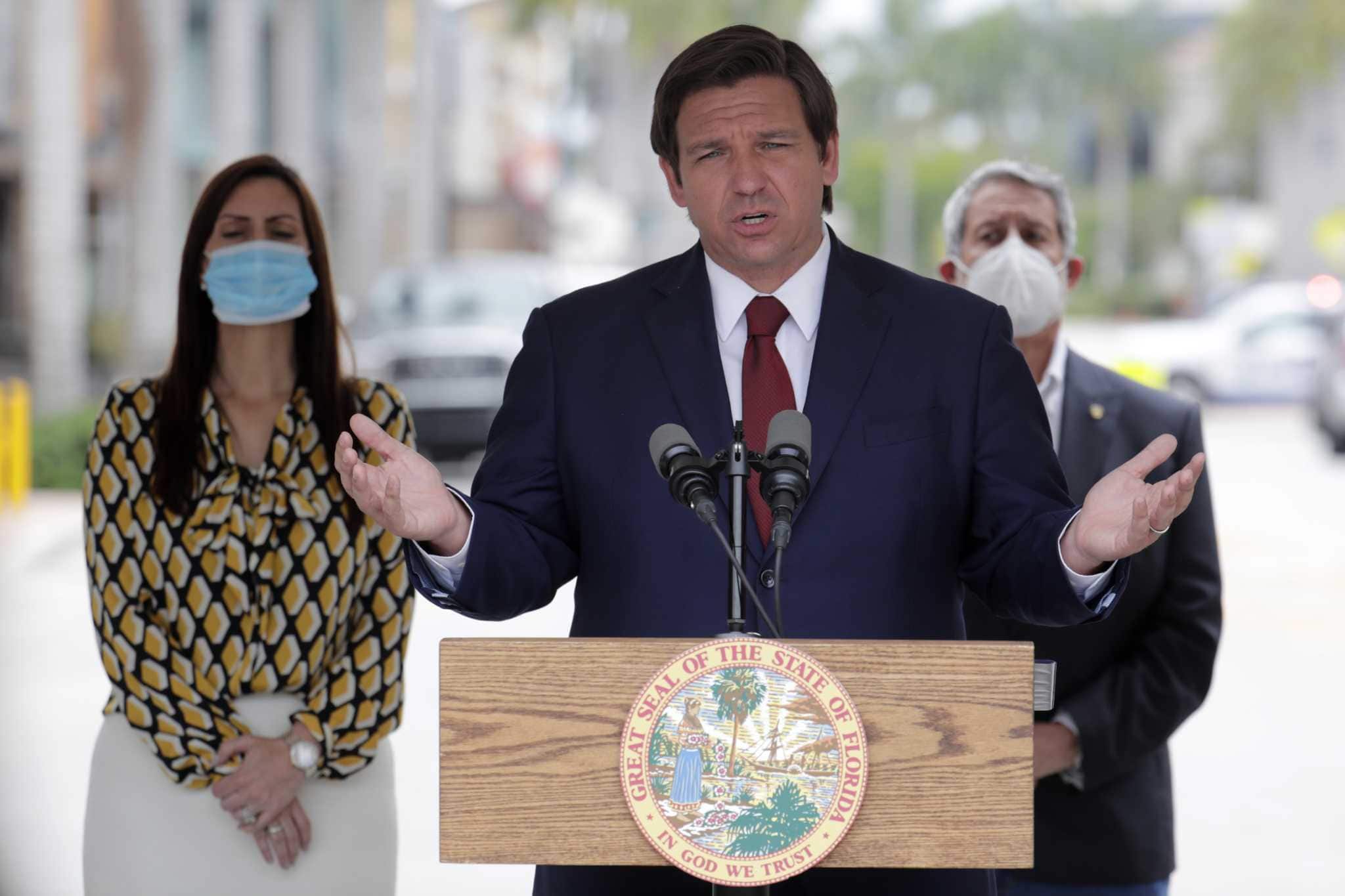 Gov. Ron DeSantis was breezy when asked about a high-profile firing Tuesday, but soon enough his administration chimed in on the dismissal.

Rebekah Jones, the data scientist who developed the state’s COVID-19 dashboard, was fired. She said it was because she refused to “manually change data to drum up support for the plan to reopen” the state.

DeSantis was bland when asked his thoughts, saying “I don’t know who she is” and calling the firing a “non-issue.”

However, even as the Tallahassee press conference was still going on, his administration went on the offensive, saying Jones was insubordinate and effectively fired with cause.

The Governor’s head spokesperson, Helen Aguirre Ferre, bashed Jones for a “repeated course of insubordination during her time with the Department, including her unilateral decisions to modify the Department’s COVID-19 dashboard without input or approval from the epidemiological team or her supervisors.”

Ferre also produced an email Jones sent to her superior, as an attempt to undermine the former data chief further.

Whether those actions will cool the narrative remains to be seen. Many Democrats are outraged.

The dismissal will be fodder for an upcoming Cabinet meeting if Agriculture Commissioner Nikki Fried has anything to say about it.

Fried wrote DeSantis asking that “Surgeon General Scott Rivkees, Dr. Carina Blackmore, Director of the Division of Disease Control and Health Prevention, and other parties responsible for these decisions appear before the Cabinet at our next meeting on May 28, 2020 to provide more information and answer questions on this matter.”

Meanwhile, Sen. Jose Javier Rodriguez wants the Inspector General “to conduct an expedited investigation into the allegations.” Some Senate Democrats, in a press call this evening, backed his play.

Others were less willing to politicize the issue.

Sen. Jason Pizzo told reporters after the press conference that he had at least some qualified confidence in Rivkees, potentially undermining a caucus position should that be maintained.

Pizzo said that after asking the Surgeon General twice “point-blank,” Rivkees said the current data was accurate and nothing was being held back or disturbed.

“I take him at his word, especially when you’re talking about a professional that has to do with the safety and welfare and health of individuals,” Pizzo said. “I would put that in the last category of professional who should be spinning as opposed to just being true.”