Tom Brady and his no good, very bad first week in Tampa: A cartoon 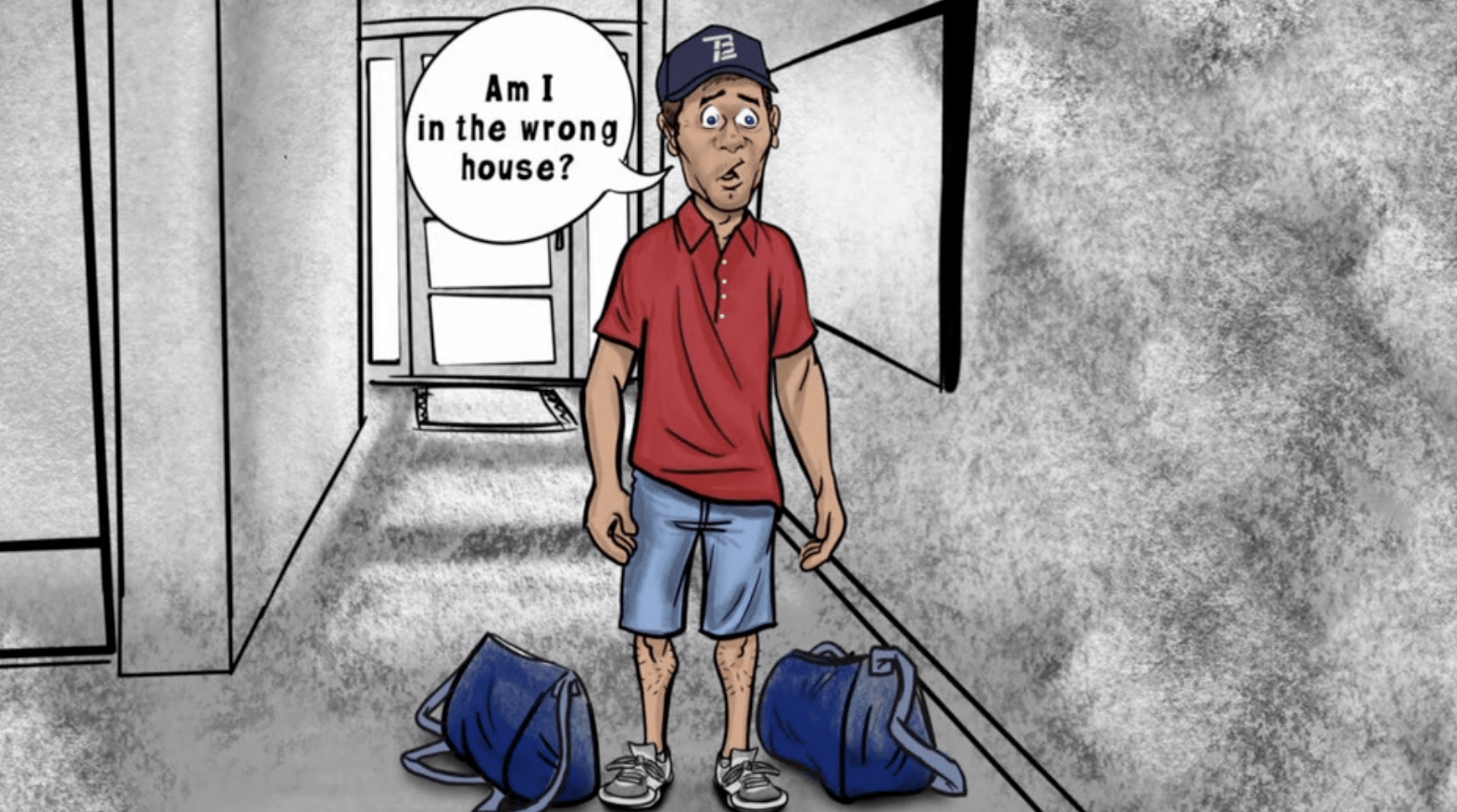 The video starts with lamenting how difficult times have been in the city during recent weeks as coronavirus wreaks havoc on the economy, health and overall well-being, but she notes a bright spot in Brady’s move to the city.

“Adjusting to a new home can be challenging but as many of you also may have heard, Tom has been making himself quite at home here in Tampa,” Castor says in the video before it pivots to a cartoon format.

In early April, the city made national headlines when Brady was booted from a public park for playing football even though the park was closed.

A cartoon parks and recreation worker appears in the video politely informing Brady he wasn’t supposed to be there and then blushing when she realized who she was talking to.

The cartoon park worker describes the interaction as pleasant with Brady simply saying, “sorry, no problem” before leaving the park at her request.

The cartoon gets hilarious when the story pivots to Brady’s unintentional home invasion.

“I was sitting at my computer … next thing I know I just kind of look and I see at the front door behind me, I see this large shadow and then I see the door knob turning and I remember sitting there going, ‘oh my God, somebody’s coming into my house’ and I just kind of froze,” he said.

The next thing he knew, a tall man in a baseball hat with bags on his shoulders comes into his house.

“He just dropped the bags down like he was going to stay for a while, like he kinda owned the place, and then he just kind of looked up at me and he was like, “hey man, what’s going on.’”

“I was like, sarcastically, ‘I don’t know man you tell me, what are you doing in my house?’”

“He goes, ‘am I in the wrong house?’ and I said, ‘you know, I think you are but you look familiar, where are you supposed to be?’”

It was then a shocked Tom Brady caricature holds up a cartoonish map.

“I’m supposed to be at Byron’s house.”

“Right at that moment … I was like, oh my god, Tom Brady is in my freaking house right now. Tom Brady. Are you freaking kidding me?” Kramer said.

“I started thinking about all the things that could have gone, like, so wrong. If I had a gun, what if I shot Tom Brady? I mean can you imagine that.?”

The video ends with Castor offering a pardon for Brady’s misdeeds.

“Since this was clearly all a big misunderstanding, I’m willing to sign this pardon on one condition: You make sure that Lombardi trophy does not leave this city come next February because we are all thrilled to have you here,” Castor said. “If you do that then we can all talk about changing the name to ‘TOMpa Bay,’”