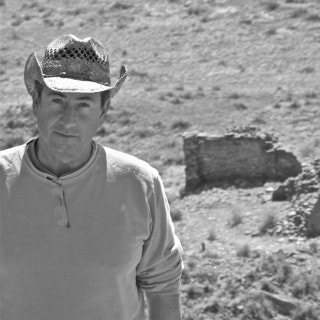 Andy Mele devoted himself to the environment for years, taking on the title of Suncoast Waterkeeper in Southwest Florida. Now, he wants to take his fight into the Florida House.

Mele filed as a Democrat in House District 71, challenging freshman Republican Rep. Will Robinson. He said despite proclamations about water quality in Tallahassee, precious little has been done for the earth in the Legislature.

“On things like the environment, we should be taking no prisoners,” he said.

Mele was recruited into the race by 90 For 90 and the Democratic Environmental Caucus, progressive groups determined to field a Democrat in every legislative seat in Florida.

Notably, Mele filed with a Punta Gorda address, for a home he moved to recently. That’s well south of District 71. But Mele said he’s lived most of the last 12 years in Bradenton, Bradenton Beach or Sarasota. “My roots are in 71,” he said.

He’s not been happy the last two years, he said, with Robinson’s leadership. That’s notable as Robinson himself ran on an environmental platform in 2018 that included a promise to fund Florida Forever and increase public land purchases.

Mele said he’s seen little since Robinson won office that shows a commitment to the land.

“His donors list is a who’s who of Florida polluters,” Mele said of Robinson.

Robinson said he stands by the achievements of his first term.

“I look forward to discussing my strong environmental record and commitment to our area during the course of the fall campaign,” Robinson said. “My focus right now is on the health of our community, reviving the economy and getting people back to work.”

But Mele said even measures like the Clean Waterways Act, celebrated by the 1,000 Friends of Florida as a session win, fell short in Mele’s eyes.

Mele would concentrate on matters like the use of the Floridan aquifer for phosphate mining and more aggressive regulations against pollution of Florida’s waterways.

Notably, Mele knows the progressive groups that lured him to run in many cases hope for nominal candidates on the Democratic side. But he believes District 71 to be winnable. He feels his position with the Waterkeeper group likely gives him more name recognition than Democrat Tracy Pratt enjoyed when she ran in 2018. And the district demographically has a similar partisan breakdown to neighboring District 72, which Democrat Margaret Good won in 2018.

Mele when he lived in New York worked as executive director of Hudson River Sloop Clearwater. He also worked to get Democrat John Hall elected to the House for two terms on an environmental platform.

The biggest challenge this cycle, he acknowledges, will be fundraising in the COVID-19 era against an opponent who had more than $88,000 in cash on hand at the end of April.