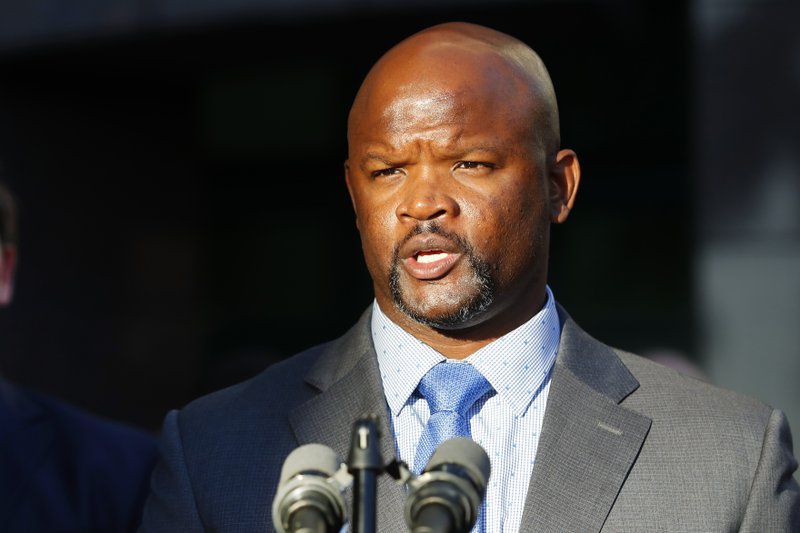 The endorsements comes as Tony is facing a series of unfavorable headlines.

A new round of local leaders is endorsing Broward Sheriff Gregory Tony as he seeks reelection in 2020.

Tony has faced a series of unfavorable headlines in recent weeks. He did, however, secure support from Broward County Mayor Dale Holness late last week.

Tony was appointed Sheriff after Gov. Ron DeSantis suspended Scott Israel, citing in part his agency’s handling of the 2018 Parkland shooting. Alhadeff’s daughter Alyssa was killed in that attack.

“Since his appointment, Sheriff Tony has created innovative and more effective training for our School Resource Officers, launched a Real Time Crime Center, expanded the Guardian Program, and added bleeding control kits in 256 schools,” Alhadeff said in a Tuesday statement.

“Under his leadership, they became the first agency in the state of Florida to have a nationally-certified active shooter training unit. Sheriff Tony has made tremendous gains, ensuring that our children, staff and schools are safer than ever before. From those actions and more, I will be supporting Sheriff Gregory Tony in the upcoming election, and I hope others in our community will too.”

Hunschofsky served as Mayor during the 2018 Stoneman Douglas shooting and is now pursuing a run for the House.

“When Sheriff Gregory Tony took office, he reached out to the municipal mayors of Broward County” Gomez said.

“It is good to know that we have a direct line of open communication to our County’s Sheriff, his willingness to put plans into action, and his commitment to protecting our community.”

“We’ve seen what Sheriff Tony has done to strengthen relationships in our neighborhoods, making sure that community leaders and residents feel connected with the Sheriff’s office, and that BSO is responsive to what people need. He has my full support.”

Tony has led the 2020 Broward Sheriff’s field in fundraising, raising more than $155,000. Broward First, a political committee supporting Tony’s bid, has collected another $956,000.

Tony has faced questions in recent weeks, however, surrounding a series of stories on his past.

Last week, the South Florida Sun-Sentinel reported Tony failed to fully disclose his previous use of LSD when applying to work at the Coral Springs Police Department.

The Sheriff signed a Florida Department of Law Enforcement (FDLE) document stating he had never had a criminal record sealed or expunged. He is facing an FDLE investigation over that report.

Still, local leaders like Ziade are choosing to focus on Tony’s tenure as Sheriff rather than his past.

“His efforts to diversify the department’s leadership, hard line against uses of excessive force, development of the Park, Walk and Talk program, and the strides made in training his officers are just a few examples of the terrific job he has been doing since taking charge of BSO. Sheriff Tony didn’t come here with a chip on his shoulder,” Ziade said.

“He came here to do a job and his life experience, work ethic and the person that he is, has, in my opinion, made him and continues to make him the best choice to lead the department.”

Added Commissioner Schwartz, “Sheriff Gregory Tony has made it a clear priority to ensure that our residents are safe by making significant improvement, enhancements, and accountability to the response times for the 911 Dispatch Call Centers. Pembroke Pines and Broward County citizens are safer because of these improvements.”

Tony’s ousted predecessor, Israel, is among the crowded field competing with Tony to lead the Broward Sheriff’s Office. The BSO deputies union — which has had a frosty relationship with both Tony and Israel — endorsed former BSO Colonel Al Pollock in the contest.

nextChina could use pathogens against its own people, Ted Yoho warns