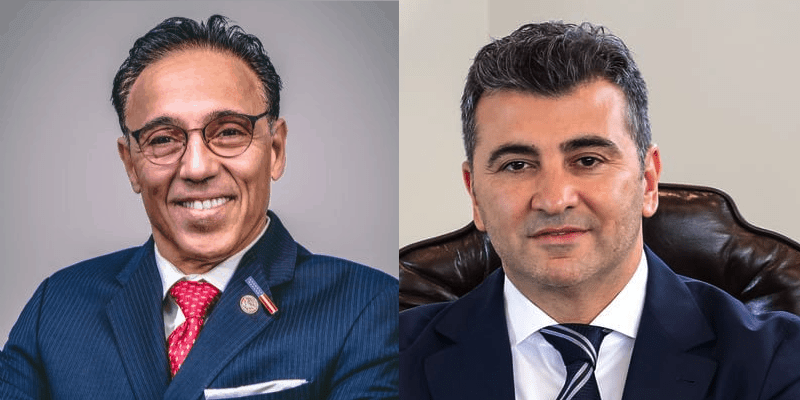 He mentions Casey Askar, an Iraqi refugee, by name.

Naples Republican Darren Aquino said only natural-born citizens should be allowed to run for Congress.

“As an American, I want our U.S. Congressmen to have unwavering loyalties to America,” he said in a statement.

The proposal from the candidate for Congress contains an attack on primary opponent Casey Askar, mentioned by name in the release.

But Aquino said he wants the same standards on candidates for President to apply to those running for the U.S. House or Senate.

Aquino directs most of his hostility toward Democrats already serving in the country, including Reps. Ilhan Omar of Minnesota. The controversial Congresswoman was born in Mogadishu, Somalia, and Aquino said she has advocated for immigration policies more helpful to refugees from her homeland than for American.

The most consequential target remains Askar, who has spent hundreds of thousands already, much of it on video advertisement that stress his own immigrant story even as he advocates for strong borders.

Aquino and Askar are among 10 Republicans running in Florida’s 19th Congressional District.

While Aquino said he would be fine with any of Askar’s children running for Congress, he doesn’t think it’s right for someone not born an American to write the nation’s laws.

If elected, Aquino said he will file legislation that instates the same natural-born citizen requirement as exists for President.

He said that his understanding of the law means a child of an American citizen born on foreign soil like Sen. Ted Cruz, a Texas Republican born in Canada, would still be able to serve because he was born with citizenship through his mother.

But the stipulation seems to call into doubt the eligibility of individuals on both sides of the aisle. Former Sen. Mel Martinez, an Orlando Republican born in Cuba, could not serve under the rule. Neither could Rep. Debbie Mucarsel-Powell, a Miami Democrat who immigrated to the U.S. from Ecuador at age 15.

But Aquino said the Founding Fathers would object to the policy in existence today, allowing individuals to come to America and earn citizenship within three to five years, then being eligible to serve in Congress seven years later.

And he imagines major world players in the future going so far as to send agents into the U.S. from countries like China and then running for office a decade later, then working for foreign interests.

Aquino brushed off suggestions the proposal could be viewed as anti-immigrant or racist. He said as a half Latino-half Italian, he faced racial slurs growing up in New York. But he said immigrants coming to America should look to make a better life for their children, not themselves.

“If someone wants to call it something, I guess they have a different motive for the country,” he said. “Mine is for the whole country. I don’t benefit from this.”