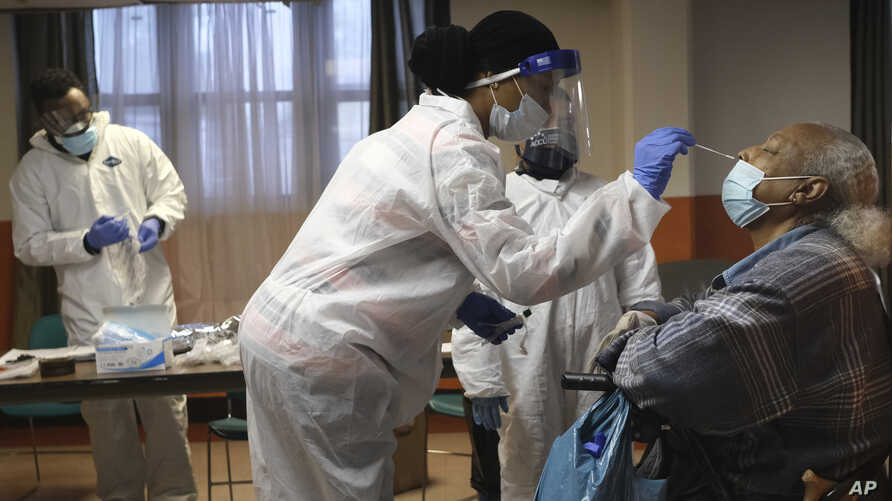 Nearly half of Florida's COVID-19 deaths are connected to those facilities.

Nearly half of Florida’s COVID-19 deaths are linked to residents and staff at long-term care facilities. On Thursday, the Florida Democratic Party argued the Donald Trump administration bears the brunt of the blame.

Earlier this month, the federal government advised that all residents and staff at nursing homes nationwide should be tested if those facilities are to begin a transition back to normalcy. On a Thursday afternoon conference call, U.S. Rep. Donna Shalala argued that guidance is coming too late.

“Seniors are affected more than any other group — at nursing homes, at their own homes,” Shalala said.

“If we know that, why is it that the President only two weeks ago ordered just the nursing homes to test everyone? Why not target these groups from the beginning? His failed response has been devastating to seniors in our country.”

As far back as March, Trump has repeatedly falsely claimed that anyone who wants a test can get one.

Months later, testing capacity has increased. In Florida, many restrictions on who may request a diagnostic test have been removed. Experts, however, continue to warn more rapid testing must be available for the country to safely reopen.

“Of course testing has improved, but the fact is we are months into this crisis and the Trump administration still has not done its job delivering on its own promises,” argued Terrie Rizzo, chair of the Florida Democratic Party.

“We must continue to pressure the Trump and [Ron] DeSantis administrations to increase testing in these facilities because that is how we protect our seniors to prevent the spread of this disease.”

DeSantis has recently worked to target those facilities more directly, setting up mobile testing operations in parts of the state. Democrats argue he was too slow to address the issue and respond to outbreaks.

Rizzo also acknowledged the grim milestone America hit this week, with more than 100,000 Americans now confirmed dead as a result of the outbreak.

“This is an incredibly painful time for our county and my heart — all of our hearts — are with the family, friends, neighbors and colleagues who have lost loved ones,” Rizzo said. “Know that we are grieving with you and I am so sorry for your loss.”

The government’s response to the crisis will likely play a significant role in the upcoming presidential election. Recent surveys have shown Trump bleeding support in recent weeks.

During Thursday’s call, Shalala argued voters should make a change in November.

“Joe Biden would never lead like this,” Shalala said. “Joe Biden would have focused immediately on the most vulnerable groups because that’s the kind of human being he is.”

Trump Victory Spokesperson Emma Vaughn issued a statement in response to the call, focusing on the state’s phased reopening plan which began May 4.

“President Trump and the White House Coronavirus Task Force have worked closely with Gov. DeSantis at every turn to fight the COVID-19 outbreak in Florida,” Vaughn said.