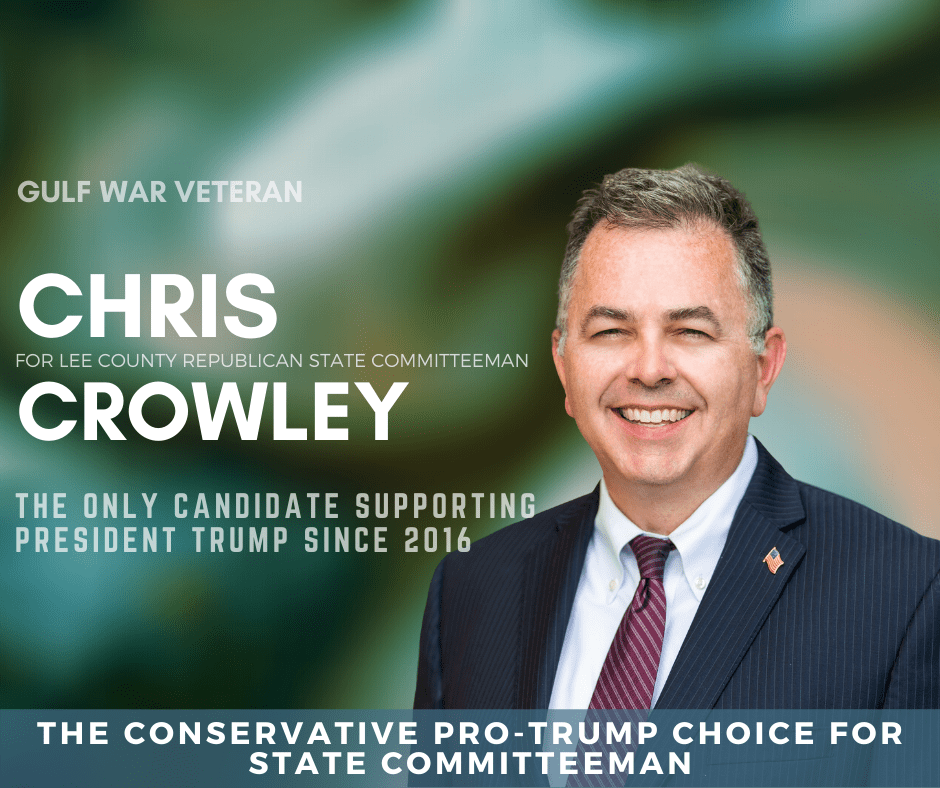 Lee County Republican State Committeeman Chris Crowley made clear he won’t give up his post quietly.

“Announcing today running for Lee County Republican State Committeeman as the ONLY CANDIDATE who supported and voted for President Trump since 2016,” Crowley wrote in an email to Florida Politics and in a Facebook post.

Crowley said he’s also running to be a delegate in this year’s Republican National Convention, and has been a long-time Trump supporter.

Outside of local GOP circles, Crowley running for another term as committeeman holds significance because he faces a challenge from Matt Caldwell. When Caldwell, also a candidate for Lee County Property Appraiser, announced in February, he made clear his dissatisfaction with the Republican Party of Florida’s performance in the 2018 cycle.

There have since been rumors that Caldwell would like to become chairman of the Republican Party, or to take a larger role on the statewide scale. Crowley remains a strong supporter of current state chair Joe Gruters.

Caldwell won the Republican nomination for Agriculture Commissioner in 2018 but lost by less than 7,000 votes statewide to Democrat Nikki Fried.

Crowley, notably, also suffered an electoral loss in that cycle as well. He had run in a contentious contest for State Attorney in Florida’s 20th Judicial Circuit but lost to Amira Fox in the Republican primary.

For the moment, Caldwell remains unopposed in the election for Property Appraiser. That could allow him to focus energies this year on beating Crowley for the party position, while returning to elected office regardless.

Crowley has already pushed back at Caldwell, slamming him for writing a letter during the 2016 presidential election declaring himself a #NeverTrumper who would not back Donald Trump in the general election even if he won the GOP nomination. Caldwell said he has grown extremely supportive of Trump now and supports his reelection this year.

The election for State Committeeman for Lee County will take place concurrently with the August 18 primary statewide.