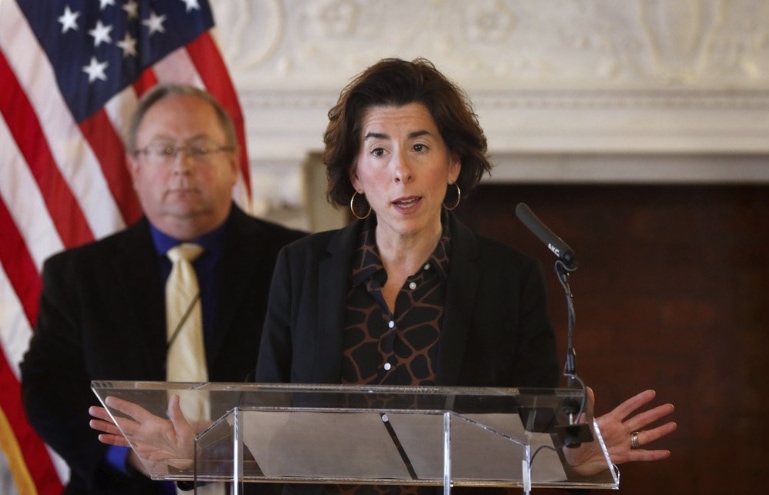 In Florida and some other states, Legislature is not in session.

Many states have yet to spend the federal funding they received more than a month ago to help with soaring costs related to the coronavirus crisis, complicating governors’ arguments that they need hundreds of billions more from U.S. taxpayers.

The Associated Press reviewed plans from governors or lawmakers on how they plan to use the money from the coronavirus relief bill and found that at least a dozen states have started distributing the money. But far more have not.

The reasons vary. Some governors want permission to use the federal aid to plug budget holes after business closures and stay-at-home orders eroded the tax revenue that pays for government operations. Others are holding back because they fear a resurgence of the virus could mean another wave of expenses. And in other states, governors and lawmakers are wrestling over who controls the spending decisions.

In some states, such as Texas and Florida, spending decisions aren’t being made quickly because the legislatures are out of session. Idaho is holding on to $800 million, or nearly two-thirds of its $1.2 billion allocation, in case of a future wave of coronavirus cases.

Elsewhere, how the money is being spent — or even who gets to decide — has created a rift.

“If I knew today that another billion dollars was coming to Rhode Island to help solve our budget deficit, I’d spend the $1.25 billion now,” Democratic Gov. Gina Raimondo said about the state’s portion of the money.

Of other states that have started spending the aid, she said: “They’re taking a gamble, and I’m just not ready to do that yet.”

Congress approved $150 billion for state and local governments in late March as part of a $2.2 trillion response to the virus outbreak, and the money was distributed within a month.

In May, the House approved an additional $3 trillion aid package, with nearly a third of that dedicated to state and local governments. Republicans say it’s too much and want to move slowly in the Senate, preferring to see how states spend the first batch of money.

“We need to slow down a little bit here, see what works best in the CARES Act, see what mistakes were made, weigh the consequences of having debt this size in terms of the future of our country and then cautiously make a decision about whether there should be another bill,” Senate Majority Leader Mitch McConnell said this past week at a news conference in his home state of Kentucky.

On a call with governors, Vice President Mike Pence said a majority of states had not yet sent money to cities and counties, some of which had to furlough staff as tax revenue dropped sharply. He encouraged them “with great respect” to get money out the door.

The AP survey found that at least 32 states are considering sharing a portion of the federal aid with local governments.

Governors say more federal help is important because they need to approve balanced budgets before the start of the fiscal year, which for most is July 1. Several states — including California, the most populous — are projecting deficits equal to about 20% of the budgets they proposed before the virus took hold.

They’re warning about deep cuts to K-12 education and other core services, as well as layoffs, furloughs or pay cuts for state workers.

Congress intended for the money to primarily address governments’ rising costs to respond to the virus outbreak. U.S. Treasury Department guidance says states must use most of it for that purpose, not to make up for lost tax revenue.

The limits were one reason Alabama lawmakers scrapped a proposal to use some of their funding to build a new Capitol building.

“The number one priority is to use the money for revenue replacement,” said Tennessee Finance and Administration Commissioner Butch Eley, who was appointed by Republican Gov. Bill Lee. ”But that’s not permitted at this time.”

“I don’t like it when the federal government makes governors stand in line and beg, ‘Mother may I?’” the Republican said during a discussion with mayors this week. “And I don’t want to do that to our local leaders, either.”

Some states are using part of their federal aid as reimbursement for the costs of coronavirus testing, contact tracing and other health-related costs of the pandemic. Others have plans to replenish fast-depleting unemployment insurance funds, buy more laptops so government employees can work remotely and help schools cover the costs of holding classes online.

Arkansas and North Dakota have considered using the federal money for hazard pay for front-line workers. North Carolina and Wyoming are using it to start grant or loan programs for businesses. Other states, including New Jersey and Colorado, plan to use it for rental, mortgage or utility assistance.

The Connecticut Conference of Municipalities blasted Gov. Ned Lamont for using $2 million to pay a consultant for reopening plans while taking longer to send money to cities and counties. Lamont, a Democrat, said help is on the way.

Lawmakers and governors in several states are arguing over who controls the money. In New Hampshire, the disagreement led to a lawsuit.

Mississippi Gov. Tate Reeves, a Republican, said he had the authority to spend the $1.2 billion under a 40-year-old state law. Lawmakers, including the GOP leaders, said the state Constitution gives them spending power.

They eventually agreed to cooperate. Since then, Reeves signed a bill adopted by lawmakers that will allocate $300 million to small businesses.