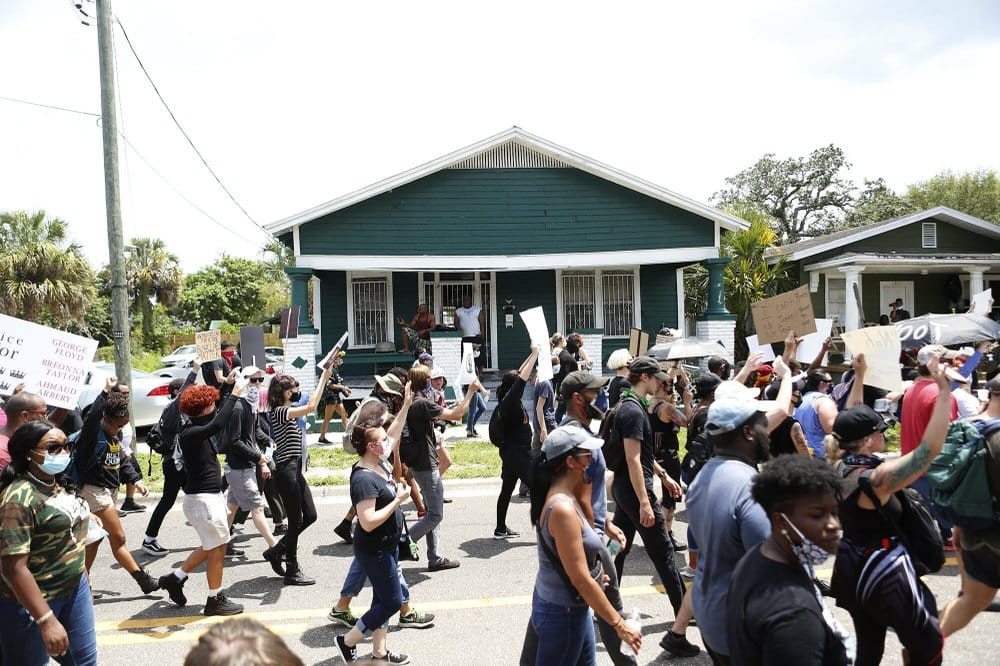 As of June 8, all curfews in Florida related to protests have been lifted.

The killing of George Floyd by police officers in Minneapolis sparked tense protests across the nation, including Florida. The following jurisdictions put curfews in place. The earliest went into effect on May 30. As of June 9, all Florida curfews were lifted.

Sheriff Steve Whidden announced a curfew in East Hendry County from 8 p.m. June 3 to 5 a.m. June 4, WINK News reported. The decision was made in response to news Black Lives Matter would hold a protest in Clewiston on Wednesday. The curfew was not extended.

Mayor Dean Trantalis issued a citywide curfew from 9 p.m. to 6 a.m., the South Florida Sun-Sentinel reports. Police announced the curfew over megaphone at a downtown protest on Sunday evening. Officials say the curfew will be in place until further notice.

Mayor Lenny Curry and Sheriff Mike Williams issued a citywide curfew that began on May 31 at 8p .m. and ran until 6 a.m. Curry in a tweet cited “criminal activity that threatens first responders, other people, and private property.” Curry said Monday there would be no need for another curfew at this point, but the city remains ready should need arise, First Coast News reports

A curfew from 10 p.m. to 5 a.m. was ordered based on credible threats County Commission Chair Leslie Campione announced, according to the Daily Commercial. The curfew remained in effect until June 8, ClickOrlando reports.

City police ordered a curfew from 10 p.m. to 6 a.m., beginning on June 1 and lasting 72 hours, The Palm Beach Post reports. But town leaders announced that as of June 2 there was no longer a need for further curfew.

The county issued a curfew effective at 11 p.m. May 30 and running until 6 a.m., according to WCTV. The Sheriff’s Office State Attorney’s Office and City of Tallahassee requested the action. The curfew expired June 1, but the next day law enforcement asked for it to be renewed, WTXL reports, and the new curfew will stay in place until June 8.

A citywide curfew issued by City Manager Arthur Noriega went into effect May 31 evening and ran from 8 p.m. to 6 a.m. The city curfew has since been lifted.

Mayor Carlos Gimenez in response to an “outbreak of violence” ordered an emergency curfew that started May 30. The county-wide curfew runs from 9 p.m. to 6 a.m. An expected June opening of beaches was also delayed. As of June 3, the curfew was pushed to start at midnight. The curfew was lifted the evening of June 8.

City police ordered a curfew from 10 p.m. to 6 a.m., beginning on June 1 and lasting 72 hours, The Palm Beach Post reports. It expired June 4.

Mayor Jerry Demings ordered a curfew beginning May 31 and running from 10 p.m. until 5 a.m. until further notice. In addition to protests, the curfew order also cites concerns about the COVID-19 pandemic. Demings announced on June 8 he was lifting the local curfew, the Orlando Sentinel reports.

Mayor Buddy Dyer said the city will enforce a curfew with the same hours as those in surrounding Orange County, WESH-2 reports. He later instituted an early curfew in downtown after protestors surrounded the Orlando Police Department headquarters on May 30. For downtown Orlando, Dyer has lifted his previous 8 p.m. curfew, starting on June 7.

City police ordered a curfew from 10 p.m. to 6 a.m., beginning on June 1 and lasting 72 hours, The Palm Beach Post reports.

Sheriff Grady Judd ordered a county-wide curfew May 31 from 10 p.m. to 5 a.m. That followed multiple “serious incidents” that occurred on Sunday afternoon, an order reads. Following unrest Sunday, Grady announced a curfew June 1 evening that would start earlier, at 8 p.m., and warned that residents would be armed if activity moved into neighborhoods. The curfew was not renewed for June 3 but Judd said it’s still an option should further civil unrest occur.

City police ordered a curfew from 10 p.m. to 6 a.m., beginning on June 1 and lasting 72 hours, The Palm Beach Post reports.

Beginning May 31, Tampa officials ordered a curfew from 7:30 p.m. to 6 a.m. Violation faced the threat of 60 days in jail or a $500 fine. Mayor Jane Castor issued a statement condemning violence while standing with peaceful protests, Bay News 9 reports. The nightly curfew was lifted, effective June 2.

The city on May 31 issued a curfew from 9 p.m. until 6 a.m., The Palm Beach Post reports. Bridges connecting downtown to the Mar-A-Lago estate were closed. City officials now say the curfew will remain in effect until terminated by the mayor, WBPF News reports. The news station reported on June 8 city officials lifted the curfew.

previousA look back, and follow-up, on coronavirus good-deed tales