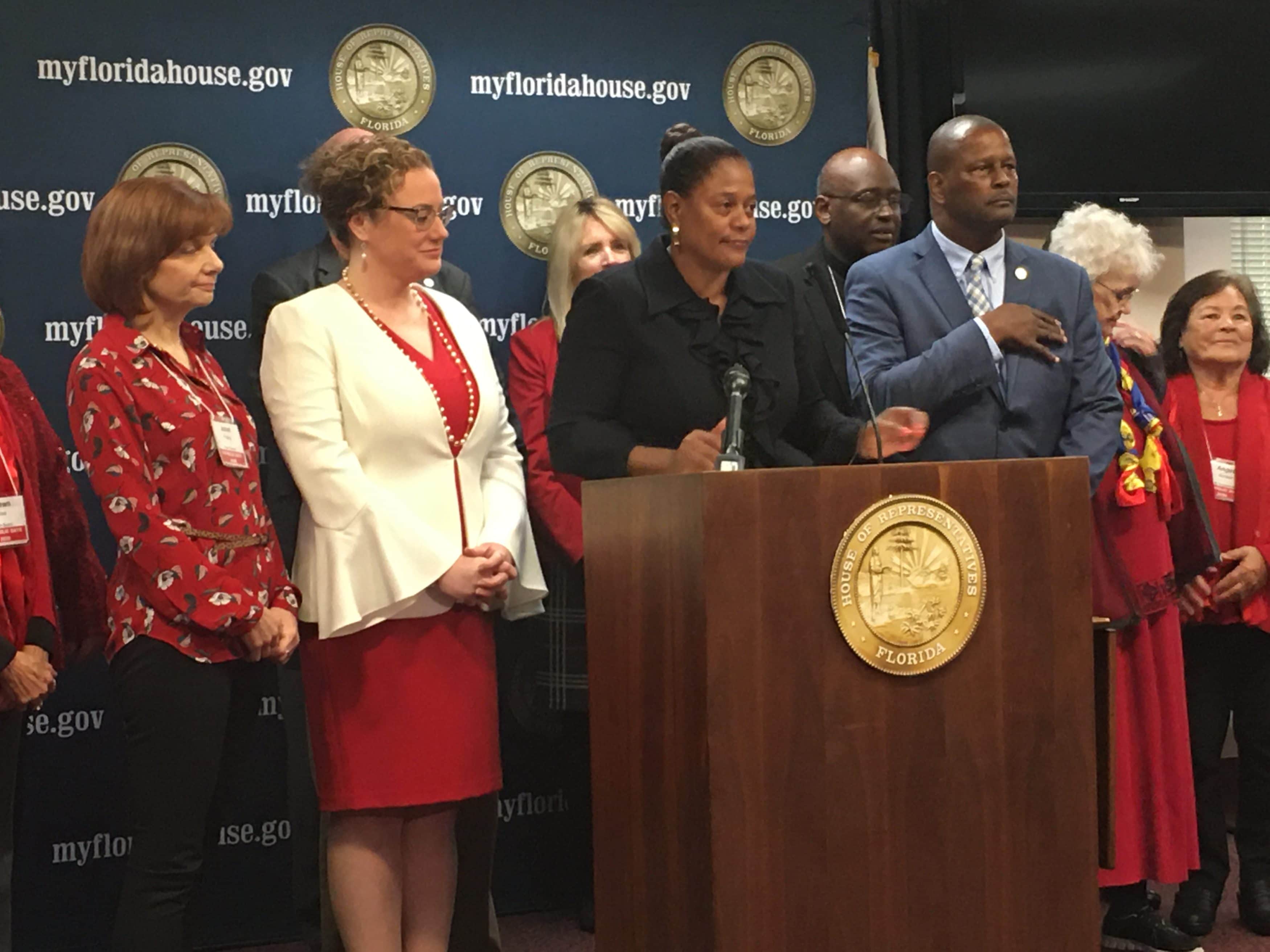 State House races in Jacksonville typically are sleepy affairs, but when they heat up, it’s often in the primary season.

The contest in House District 14 is as hot as they get, with a known-quantity challenger running a hard-hitting campaign against the second-term incumbent.

Angie Nixon made the case on Twitter Wednesday that incumbent Rep. Kim Daniels is just a Republican plant.

“My daughter shouldn’t have to continue to fight the same battles my grandparents did,” Nixon tweeted, urging followers to “help send [President Donald] Trump & his supporters the msg that District 14 can no longer be bought!”

The tweet went viral, including a retweet from Juan Penalosa, a spokesperson for the Florida Democratic Party, seemingly signaling that the party at large wants to purge Daniels, an evangelist by trade who breaks with Democrats on abortion and some other issues.

Recent fundraising reports suggest that Daniels is a target in no small part because her reelection campaign is bankrolled by prominent Republicans around the state.

For example, charter school interests offered here some outside help, via an innocuous ad that showed Daniels working for solutions.

Daniels holds a strong financial advantage over Nixon and a third opponent, Connell Crooms, after raising nearly $30,000 in April.

The incumbent has nearly $45,000 on hand through April.

Nixon, through April, has raised nearly $18,000 off smaller contributions, which speaks to a broad base of support, but which may not be a sustainable strategy to match Daniels check to check.

Democrats seem to like the opponent this time around.

My daughter shouldn’t have to continue to fight the same battles my grandparents did. Help send Trump & his supporters the msg that dist. 14 can no longer be bought! 𝐃𝐨𝐧𝐚𝐭𝐞 𝐭𝐨 𝐦𝐲 𝐜𝐚𝐦𝐩𝐚𝐢𝐠𝐧 𝐭𝐨𝐝𝐚𝐲! Click link https://t.co/SDQLLGnobz #FLPol #JaxPol pic.twitter.com/Tr9ih3Yfdi