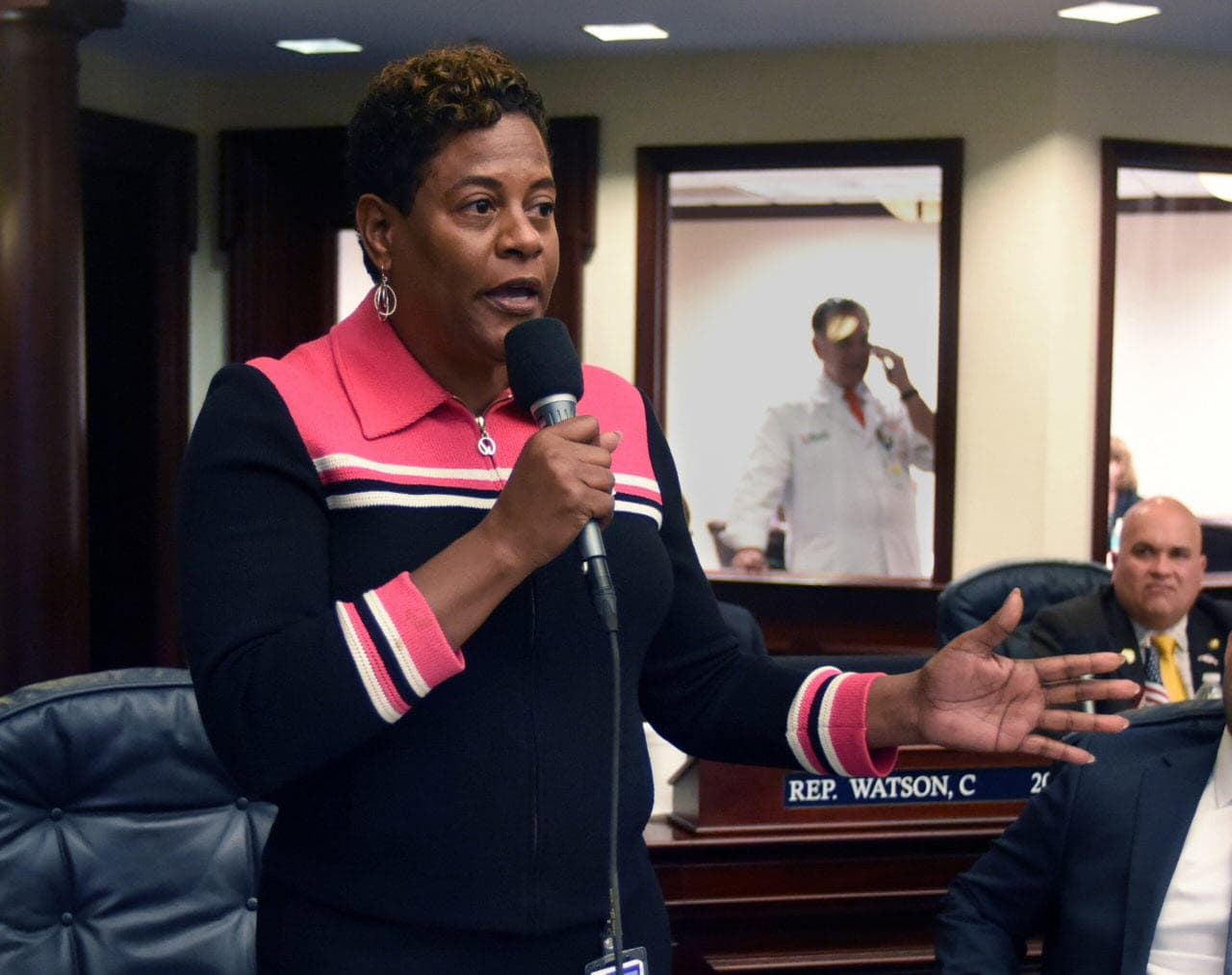 Democrats move to dump Daniels; GOP has her back.

In response to a Jacksonville Democrat’s claim that she’s a Blue Dog Democrat, the actual Blue Dog Caucus reached out to say no.

State Rep. Kim Daniels, facing a spirited primary challenge again in 2020, said she was a “Blue Dog” on a Zoom call Thursday.

However, she was rebuked over the weekend by the coalition of centrist congressional Democrats.

“Kim Daniels is no blue dog. We would never endorse such nonsense. Ever,” said U.S. Rep. Kurt Schrader, chair of the Blue Dog PAC.

The Blue Dog PAC includes Democrats in Congress, with Florida’s Stephanie Murphy and Charlie Crist among them.

The Jacksonville Democrat saw primary opponent Angie Nixon endorsed by some candidates for office in other parts of the state.

Daniels. an evangelist who is socially conservative on abortion and prayer issues, seemed to suggest during the “When Women Pray” call that the endorsements for Nixon from Bob Lynch and Adam Christensen didn’t matter, as she is a “Blue Dog Democrat.”

“God didn’t save me to serve a party,” the incumbent said. “I am a Blue Dog Democrat. I don’t need people who don’t look like me, that don’t understand my community defining how I should respond to a situation like this.”

“I can’t get my job done just with black people,” Daniels added. “I work with white people. I work with Republicans.”

“I’m not going to call white people crackers behind their back,” she added. “How can I walk in power if I am a hypocrite behind the scenes?”

“Those that are complaining and getting nothing done,” she added, “are nothing but a distraction.”

The Blue Dogs may not want her. But the GOP does.

Democrats who want a more doctrinaire person in the seat will make hay of that. Will voters care though?

“There is no fair place for a person of faith in the Democratic Party,” Daniels said, saying that her critics. “they need to ask why they are losing. Why they can’t raise money.”

While it remains to be seen if anti-Daniels Democrats can match the soft money from Republicans, it appears they are sick of losing and will drive a competitive campaign on the August ballot.

With no Republican running, the closed Democratic primary will likely be decisive, even as a write-in candidate is currently file.

In 2018, Daniels defeated former Duval County School Board chair Paula Wright in an open primary. Establishment Democrats hope the draw is better for them this time.