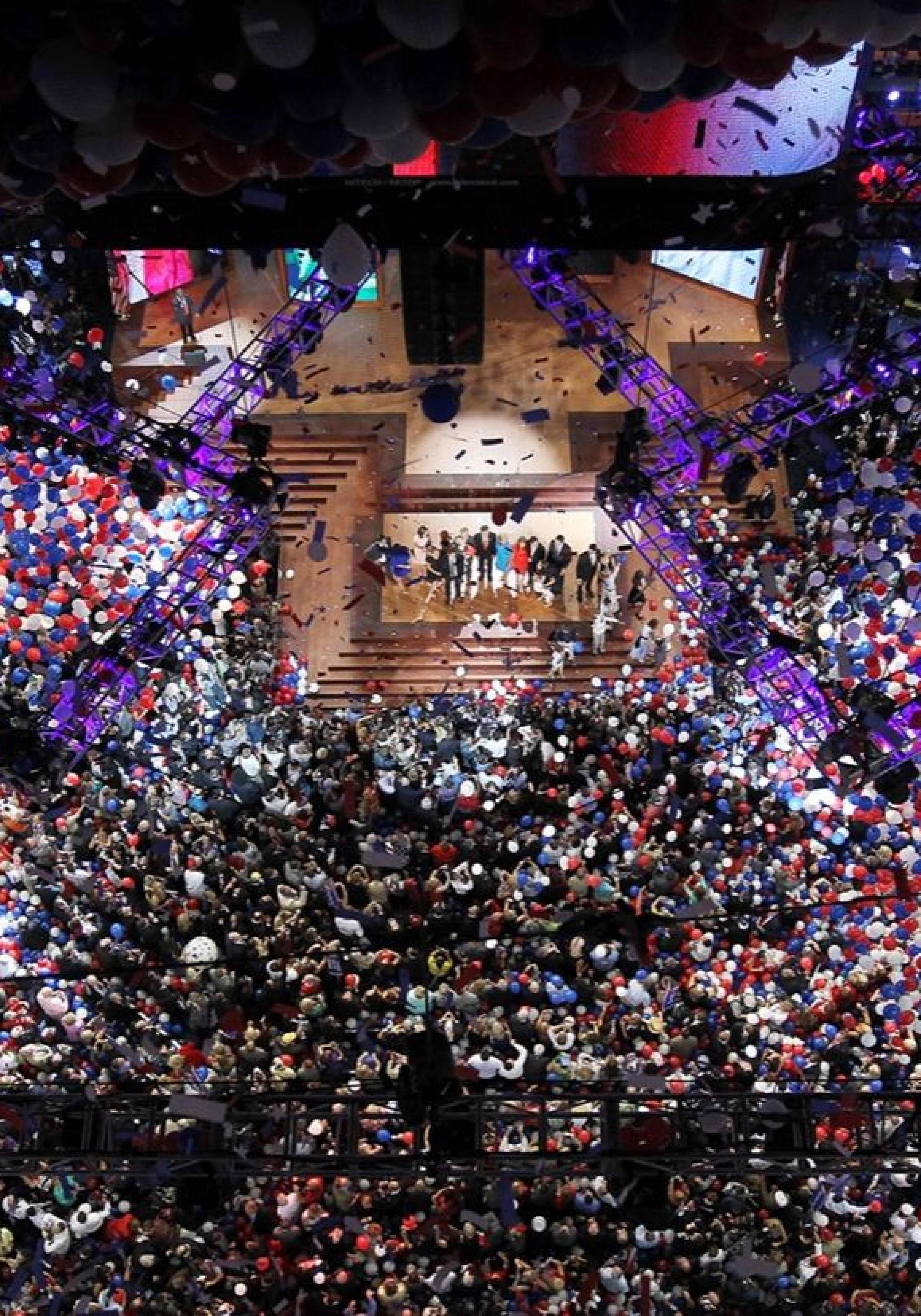 Jax wanted it. They got it.

The city of Jacksonville pushed hard to scoop all or part of the Republican National Convention from Charlotte, North Carolina, and Thursday the GOP confirmed that the President would be renominated there.

“We are thrilled to hold Donald Trump‘s acceptance of the Republican nomination in the great city of Jacksonville! Not only is Florida his home state, it is crucial to victory. We look forward to bringing this great celebration and economic boon to the Sunshine State,” Republican National Committee Chair Ronna McDaniel  tweeted Thursday night.

The move represents the culmination of weeks of effort, including a high-powered host committee featuring U.S. Rep. Michael Waltz, a rising star in the Republican Party.

The staging comes at a momentous time for the city, with Mayor Lenny Curry moving to strike down Confederate iconography and march with Black Lives Matter, two events unlikely before the killing of George Floyd and protests that proved unstoppable by the Jacksonville Sheriff’s Office.

Though Jacksonville made an aggressive play, other cities were in the mix, with Savannah, Dallas, Nashville, and other cities considered.

In the days before the decision, the Mayor went mum, even as the local party chair gave more quotes than some in his inner circle wanted.

However, as was the case with the Jacksonville Jaguars coming to town almost three decades ago, the play was aspirational, contingent on a regional approach to amenities like hotels.

While Jacksonville could enlist cruise ships for hotel space during its lone Super Bowl, those vessels are likely not an option in the era of coronavirus and what potentially could be a second wave.

Jacksonville had to be willing to roll the dice in a way Charlotte and North Carolina’s Democratic Governor would not.

The President put the Tarheel State and Gov. Roy Cooper on notice before the search for a new location.

However, even Florida can’t guarantee a full occupancy arena.

“The shape of the epidemic is just simply going to be different, and hopefully it’s a lot better, but I think we’ll be able to make those decisions about what precautions need to be taken as you get closer,” Gov. Ron DeSantis said previously.

Thursday saw the biggest number of new cases during the COVID-19 pandemic’s reach into Florida, raising further questions about whether the curve will flatten or if a second wave may lurk to challenge finite health care resources.

However, the virus was not on the mind of jubilant Republicans.

“I’m biased, but this is a great choice! The state of Florida and the city of Jacksonville are ready and excited to host President Trump for the fun part of the Republican Convention. It’s the first step towards a big win in November,” exulted Sen. Rick Scott.

““The Republican Party of Florida is delighted that Jacksonville will host the Republican National Convention,” raved party chair Joe Gruters.

“Today’s announcement is exciting news for the City of Jacksonville” said Mayor Lenny Curry. “I enthusiastically welcome the opportunity to highlight everything our city has to offer, along with the tremendous economic impact. We look forward to hosting the 2020 Republican National Convention for all delegates and guests to enjoy.”

“The herculean task of securing the 2020 Convention was led by two senior members of my administration, Jordan Elsbury and Brian Hughes. Together on my behalf, they worked with Visit Jacksonville’s Michael Corrigan to secure over 10,000 hotel rooms, coordinated with private entities and the City’s facility Manager, ASM Global, to secure host venues. All of these combined are anticipated to bring an economic impact of more than $100 million to our City. We will continue to collaborate with local, state, and federal law enforcement to insure we host a safe and secure event,” Mayor Lenny Curry said.

Some expressed disappointment, including the chair of the Orange County Republican Party, who said “the Democrats thwarted our efforts.”

“Donald Trump abandoned North Carolina because he wants it to look like the threat of the coronavirus is over when he gives his big televised speech. Unfortunately, optics are not a public health strategy, nor are they a good re-election strategy. No speech this president makes can successfully gloss over his failed coronavirus response to Americans who have watched this president dither for months as more than 44 million have filed for unemployment benefits and 113,000 have lost their lives. Trump is coming to Florida to throw himself a big party — but it’s looking more and more like a goodbye party to his chance at a second term in the White House,” chided Terrie Rizzo, the chair of the state party.

With protests likely, especially given the larger context of the national debate, senior staffers with the Donald Trump campaign hope they can make the President’s case despite considerable local resistance.

“President Trump has been a champion for the Black community, and we applaud the achievements his administration has made in the areas of economic development, education, and criminal justice reform. While we cannot erase some of the darkest moments of our nation’s past, we can denounce them, learn from them, fight for justice and a more perfect union for every American. That is exactly what President Trump has done. We are excited to showcase the best of Jacksonville and provide a multi-million-dollar boost to their local diverse economy as we nominate Donald J. Trump for the next four years,” said Paris Dennard, RNC Senior Communications Advisor for Black Media Affairs.