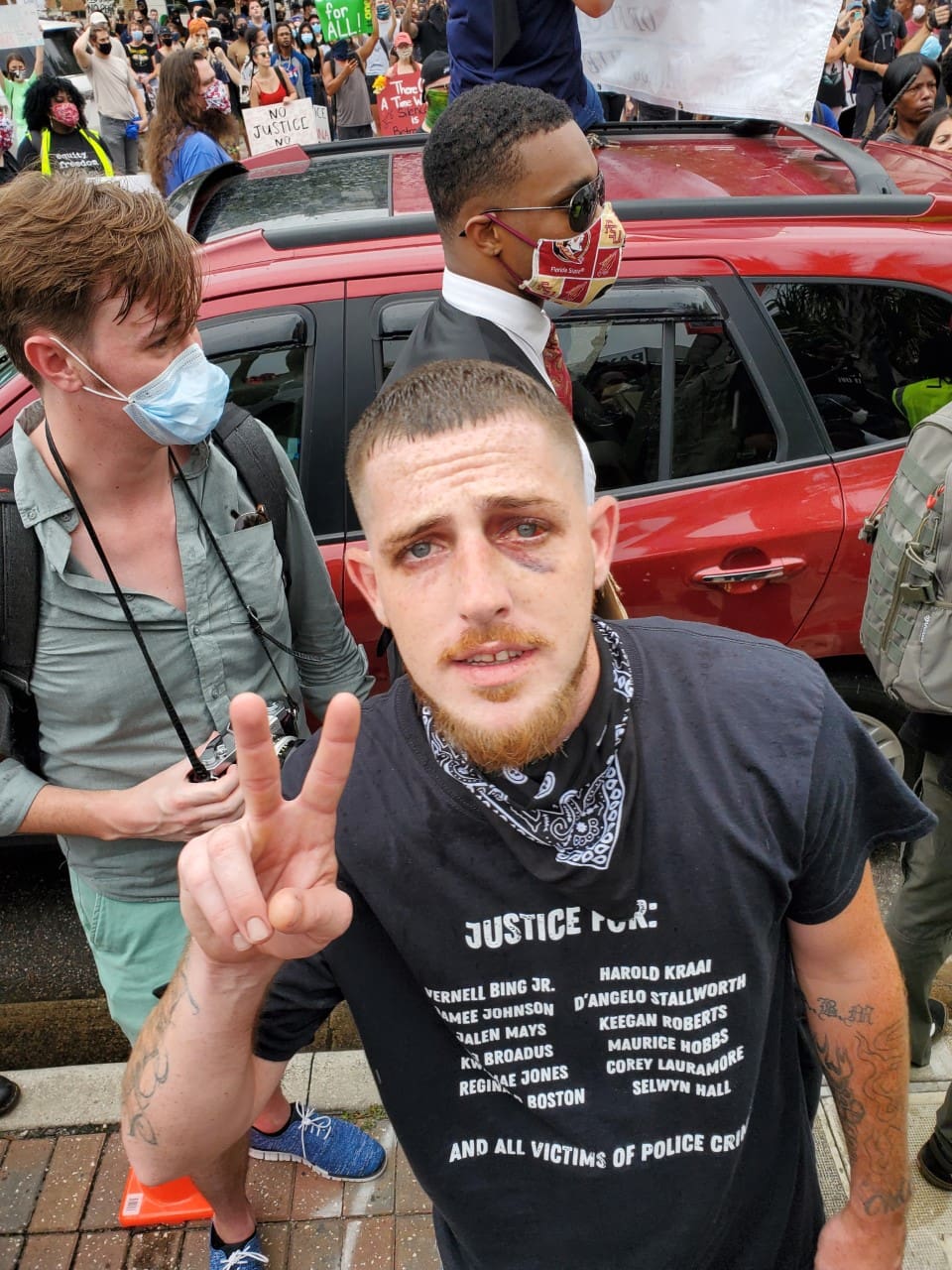 In all, officials dropped charges on 48 protesters.

Northeast Florida State Attorney Melissa Nelson dismissed charges against dozens of people who were arrested during protests on Sunday, May 31 in Jacksonville.

The State Attorney’s Office for the Fourth Judicial Circuit Friday issued a roster of 48 people who were arrested during demonstrations two weeks ago and were all charged with “unlawful assembly [and] resisting without violence” by Jacksonville police officers on the streets of downtown.

“Based upon the law, the facts, and the circumstances involved, this office declines to file charges on each of the cases listed,” the State Attorney’s Office said.

Monique Sampson, Jacksonville Community Action Committee’s founder and organizer, helped rally many of the protests in Jacksonville. She maintained that police “came prepared to beat people up” during the initial protests that developed in the wake of George Floyd’s killing at the hands of Minneapolis police.

“JSO wrongfully arrested people. JSO wrongfully infringed on the civil liberties of people and that was proven [Friday] because almost all the people that we have bailed out have had their charges dropped completely,” Sampson said. “JSO made false and incorrect arrests.”

Hollett was a keynote speaker at an action committee protest on Saturday, June 6 and told a crowd of about 8,000 people he was beaten “very, very unnecessarily.” The incident left him with a black left eye.

“It’s very important that Chad’s charges were dropped because that was a textbook example of JSO’s brutality,” Sampson said.

A JSO spokesperson said this week police officials are still “reviewing” the case.

Bernardo Santana was arrested May 31. He’s a freelance videographer and journalist who was recording protests when he was taken into police custody. All charges against him were dropped.

His video, posted on his facebook page, recorded many of the arrests happening that day. Santana described his arrest as “unlawful” and an “abuse of police power.”

“It’s great that the charges have been dismissed, but does this condone what’s been done to us?” Santana said Friday. “This is like a, ‘Hey go away’ move. But has justice been served?”

Santana said he suffered multiple back injuries due to the arrest and he’s had to pay for treatment. He hired an attorney and is preparing a civil suit against the Jacksonville Sheriff’s Office.

The State Attorney’s Office has not finalized its ruling on dozens of arrests made on Saturday, May 30. That was the day of the wildest scenes in Jacksonville with violent clashes between protesters and police when the JSO riot patrols launched flash bangs and tear gas into the streets of downtown Jacksonville.

Sampson said her group will not let up on additional protests and is preparing more demonstrations on Saturday.

“We’re always going to be on guard. We definitely won’t feel more comfortable,” Sampson said. “In fact, I think the cops will be even more mad  because they realize they can’t just falsely arrest people anymore and get away with it.”