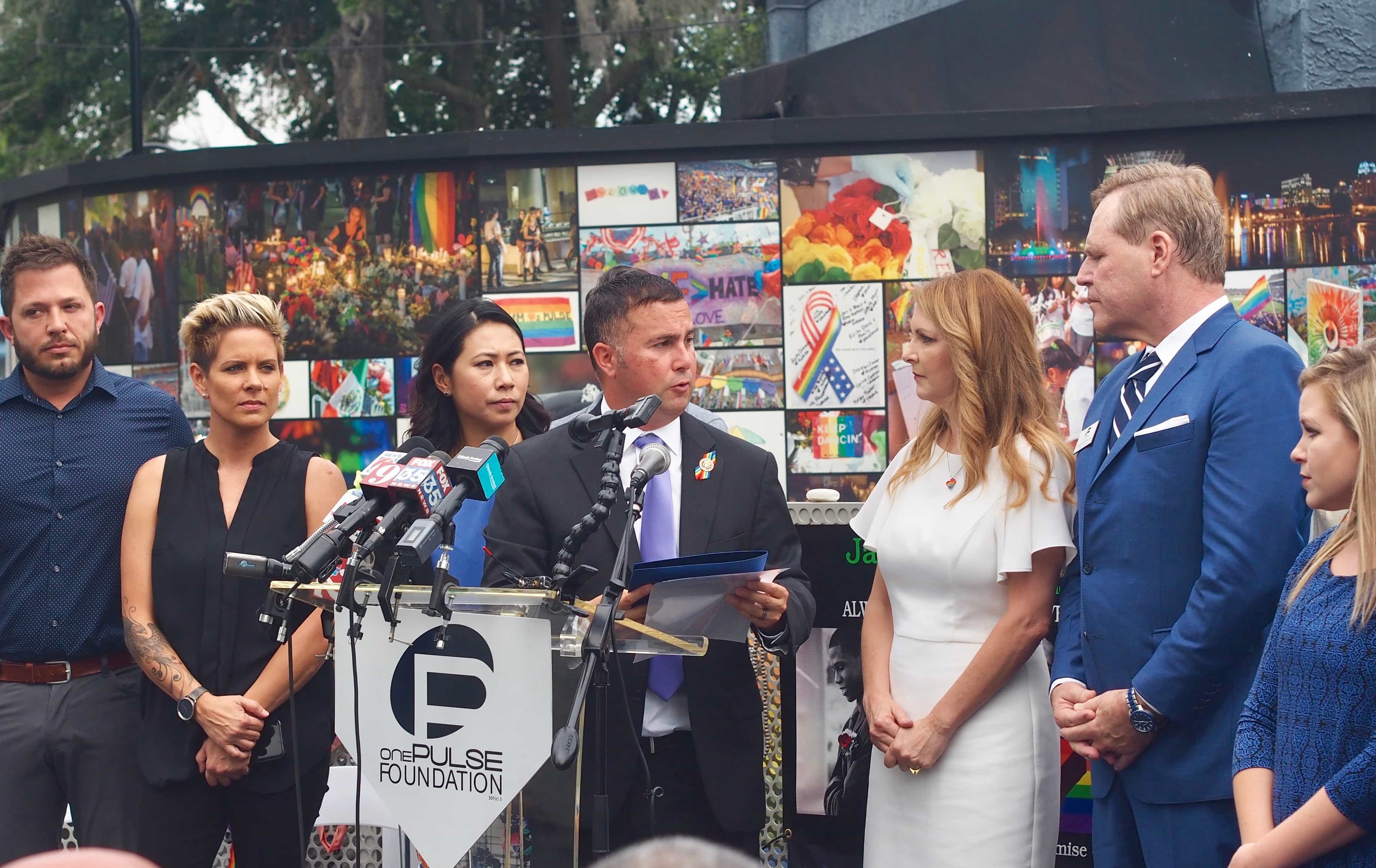 Stephanie Murphy and Darren Soto were key figures in gsatting a Pulse resolution through Congress.

On the fourth anniversary of the Pulse tragedy, a bill sponsored by Democratic Rep. Darren Soto with Democratic Reps. Stephanie Murphy and Val Demings has been cleared for a floor vote in the U.S. House of Representatives.

“I am pleased to announce that Majority Leader Steny Hoyer has committed to bringing our bill to the House Floor for a vote before the end of June. Given the Pulse Remembrance Ceremony today, supporters may take some solace in this latest development during this time of mourning, reflection and unity,” Soto stated in a news release.

He, Demings, and Murphy introduced the measure shortly before the third anniversary of the Pulse massacre, a mass shooting that left 49 people dead and 53 people wounded.

That organization has been developing a National Pulse Memorial & Museum. The permanent memorial would be built around the Pulse nightclub, which currently is the site of an interim memorial that draws numerous people to reflect. The plans also include a towering museum and education center dedicated to victims, survivors, and first responders.

House Resolution 3094 would give the permanent memorial and museum national designation as a federal memorial, but leave full control over it to the foundation.

Most National Memorials are owned and run by the U.S. National Park Service, but some are not,  allowing them to raise money through public or private grants, and to be independently operated.

The bill is likely to be approved in the Democratic-controlled House.

However, there is no sponsor yet in the Republican-controlled Senate.

Soto’s office said it approached Florida’s senior Republican Sen. Marco Rubio to support the move in the Senate but that Rubio recently declined.

Soto ushered the bill through the House of Representatives Committee on Natural Resources in December. There, U.S. National Park Service Director David Vela announced his agency was taking no position on the bill because the federal government would neither own nor operate the Pulse Memorial.