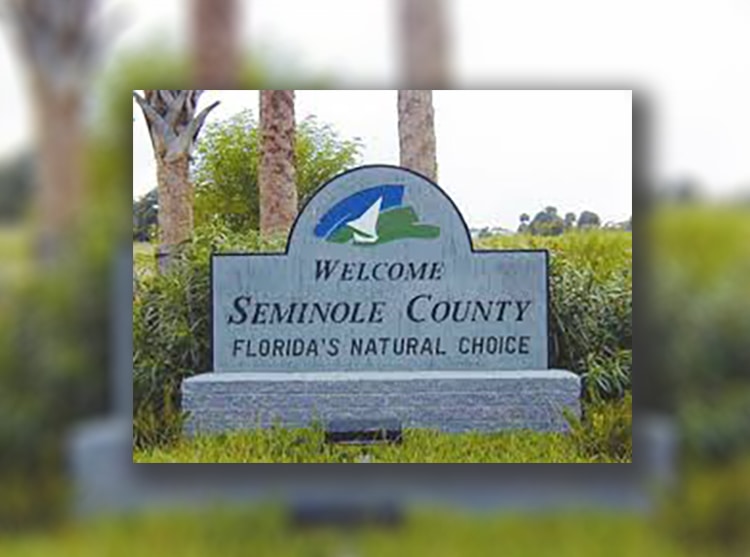 Seminole County elections may be about development, preservation, and Chris Dorworth.

There may be no more fiery local races in Florida than the ones that set up last week when two Republican Longwood commissioners jumped in to make late challenges to two longtime incumbent Republican county commissioners.

Late entries abounded in Seminole County in the past two weeks, including several Democrats. They’re setting up a high-profile primary in all three Seminole County Commission races, and all but assuring the heat will be on this summer.

It’s all playing out under the specter of involvement by controversial Seminole County mover-and-shaker Chris Dorworth. The former Republican state Representative, once in line to become House Speaker, was openly furious when the commission rejected his River Cross land development deal in 2018, and then rejected a settlement proposal this spring. And two of those commissioners are now finding themselves in tough primaries, and charging that Dorworth is trying to take them out.

Longwood Mayor Matt Morgan, a former WWE professional wrestling champion who is a rapidly-rising star in Republican politics [and not just in Seminole County,] launched a challenge less than two weeks ago to fellow Republican, County Commissioner Bob Dallari, in District 1, in the August 18 primary. There’s also a Democrat to be reckoned with in the November election for that seat, Katrina Shadix, who barely lost in her last attempt to be elected to the commission, in 2018.

And also newly-filed and qualified, on the Democrats side, is former state Rep. Mike Clelland, who knocked Dorworth out of the Florida House in a dramatic 2012 election upset, killing the Republican’s expectation to become House Speaker. Clelland filed to run for the open County Commission seat for District 5. He’ll face Pernell Bush in the August 18 Democratic primary. In the November election, Republicans are banking on Andria Herr to succeed Brenda Carey for the seat. There’s also a Libertarian, Andre Klass, and a write-in candidate on the ballot.

In Seminole County most of these elections are likely to focus on River Cross. That’s Dorworth’s proposed mega-development in eastern Seminole County, which would breach the county’s long-standing rural boundary, and develop areas that environmentalists and conservationists say need strong protection, along the Econlockhatchee River.

Constantine and Dallari provided critical no votes to defeat the development. Those commissioners now point at the late entries of Paris and Morgan, and contend that Dorworth is seeking to oust the incumbents, so that he can get control of the commission, or that Dorworth is just seeking revenge.

Morgan and Paris deny they are Dorworth’s candidates. Each said he knows nothing about what Dorworth wants to do. Each insisted he is his own candidates, with his own ideas. And both have exhibited bold and sometimes bald ambitions for higher office almost since they were first elected in Longwood in 2017. Frustrated with the Dorworth-connection accusations, Morgan vowed that he’s going to sign a pledge to oppose River Cross, making moot any charge that he’d be a Dorworth vote for the project.

In a text exchange with Florida Politics, Dorworth denied he was backing Morgan and Paris. But he didn’t deny wanting to get rid of Constantine and Dallari.

“I’m not backing Matt or Ben, but I would love to see Bob and Lee join me in the unelected official club,” Dorworth texted. “Don’t care if it’s them or the democrats. They are cowards, panderers and liars and anything I can do to let the world know what they are I would seriously consider.”

“Well that’s Dorworth, so consider the source. He will stoop to any level to get his way and find willing accomplices to do his bidding,” Constantine replied. “Despite his threats, I will continue to defend the rural boundaries and promote Seminole County’s quality of life, just as the voters have elected me to do.”

There are plenty of other issues that the Seminole County candidates, Republicans and Democrats, want and intend to talk about. That’s especially true in this year in which the coronavirus pandemic, the ensuing economic collapse, and the rising calls for police reform and protests about racism have affected every place. Seminole County is no different. There are the usual local issues from septic tank management to taxes. There are criticisms that Dallari and Constantine have served too long, or strayed too far from Republican ideals, or that Morgan and Paris have run a city that has ample problems of its own, though Morgan insists that they have taken steps toward dramatic improvements in the central-Seminole city.

But this summer, in Seminole County, the River Cross development and the broader issue behind it — whether county officials will allow development east of the rural boundary  that voters approved in a referendum nearly 20 years ago — is almost universally a conversation changer in county politics.

And everyone’s expecting a fire fight leading into the August 18 primaries.

“This is all about Chris Dorworth trying to take over the county, trying to get those votes that he needs for the rural boundary,” Constantine said. “I don’t have a piece of paper in front of me saying that, but numerous people have called me up saying, ‘Chris is going to take you down.'”

“I do feel the same way, Dallari said. “I’ve been told by several people to be on my toes because there’s going to be PAC money coming in. …I’ve heard there are developers that will be putting together $250,000 — that’s the number floating around — for each campaign.”

Morgan pointed out, however, that Dallari has previously accepted Dorworth’s campaign money in all his county elections, and that Dorworth helped fund opposition to Morgan in the 2017 Longwood election.

“I hear the River Cross come up quite a bit,” said Paris, who said he wants to keep the rural boundary in tact, but is wanting to learn more before making any commitments. “I think you’d have to be under a rock not to hear people trying to tie me to everybody and their kid sister with that. I’d like to point out I was talking about running for this position over a year ago.”

Buchheit, who owns a land surveying company, was one of the activists who opposed River Cross. It will remain a hot issue, she said, “Because the [River Cross] developer has said he’s not giving up.”

“River Cross is representative of the main issue happening in Seminole County, which is irresponsible urban sprawl,” said Shadix, who is also an environmental activist, though her specialty is protections for bears, as the director of Bear Warriors United. “River Cross is the poster child for the development side going on in Seminole County. It will continue. Chris Dorworth, he could move out of Florida, and there still is a line of developers waiting to develop inside the rural boundary.”