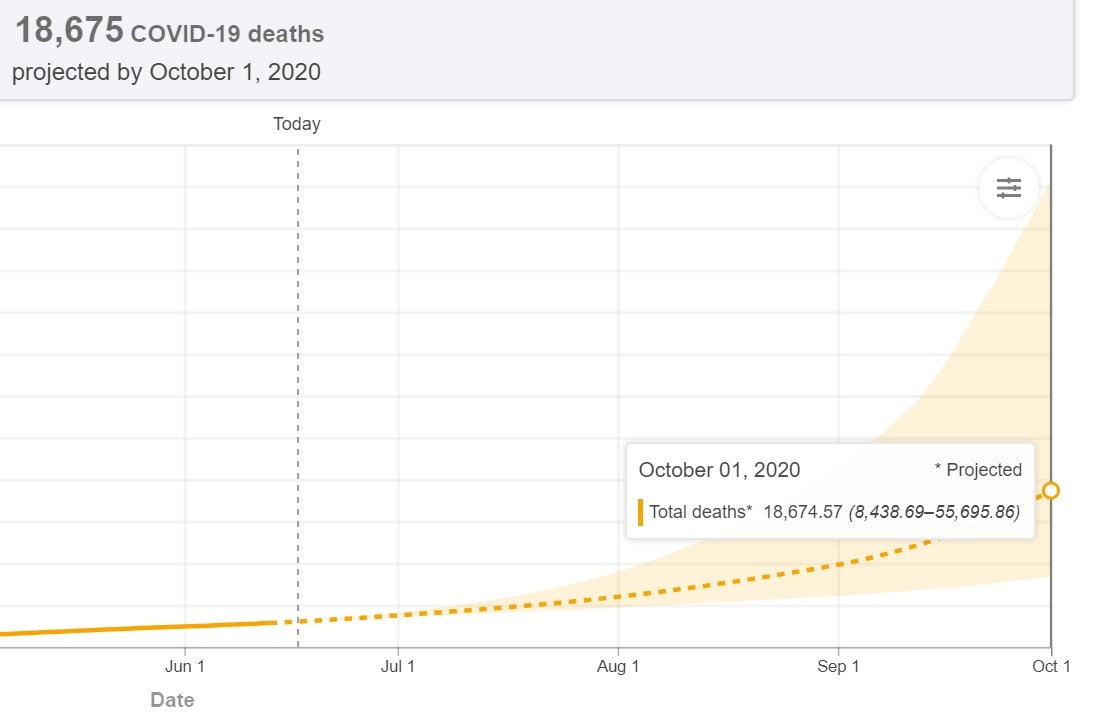 Florida is in Phase Two of reopening, and the Governor says the state won't be turning back.

Two reputable models show a growing rate of new COVID-19 cases in Florida but drastically different projections for how the pandemic will be hitting the state by October.

According to a model produced in association with the University of Washington, the state could experience 54,000 daily infections and 438 daily deaths on Oct. 1. Meanwhile, an independently produced model puts the peak of new cases at 8,000 per day in mid-July and dropping below 5,000 by Oct. 1 and daily fatalities hitting 58 in early August and dropping to 43 by October.

As of Wednesday morning, 82,719 people have tested positive and 3,110 have died in Florida. The past week has seen record-setting days in the number of new cases, of which there were 2,610 between Tuesday and Wednesday’s reports. In that time, the Department of Health reported confirmed 25 fatalities.

Both models, which reflect estimated cases rather than confirmed cases, show the state in the early days of a second resurgence. Gov. Ron DeSantis has attributed the rising number of cases to expanded testing and communities where people live in close conditions, such as the prison system, agriculture and airports.

Florida will not be rolling back from Phase Two of its reopening plan, he told reporters Tuesday.

The Governor has also criticized models, and the media outlets that print them, for projections that would have overrun hospitals had the predictions come true. He hasn’t rekindled that line of attack in recent weeks, but his defense of the growing number of cases suggests he won’t tout the models soon.

The Institute for Health Metrics and Evaluation‘s (IHME) model, which has been highlighted by White House officials, shows the state could need 15,000 hospital beds by October, of which the state has more than 20,000. However, the need for hospital beds comes with a 95% confidence interval between 3,000 and 53,000.

The second model, produced by MIT graduate and independent data scientist Youyang Gu, uses machine learning to inform its predictions. The U.S. Centers for Disease Control and Prevention includes it in its aggregate and average of polls.

It also lists a reproduction number of 1.06 statewide, meaning the rate of new cases is growing rather than dropping, as the model shows between April and mid-May.

Both models show Florida as one of a handful of states where new cases are growing.