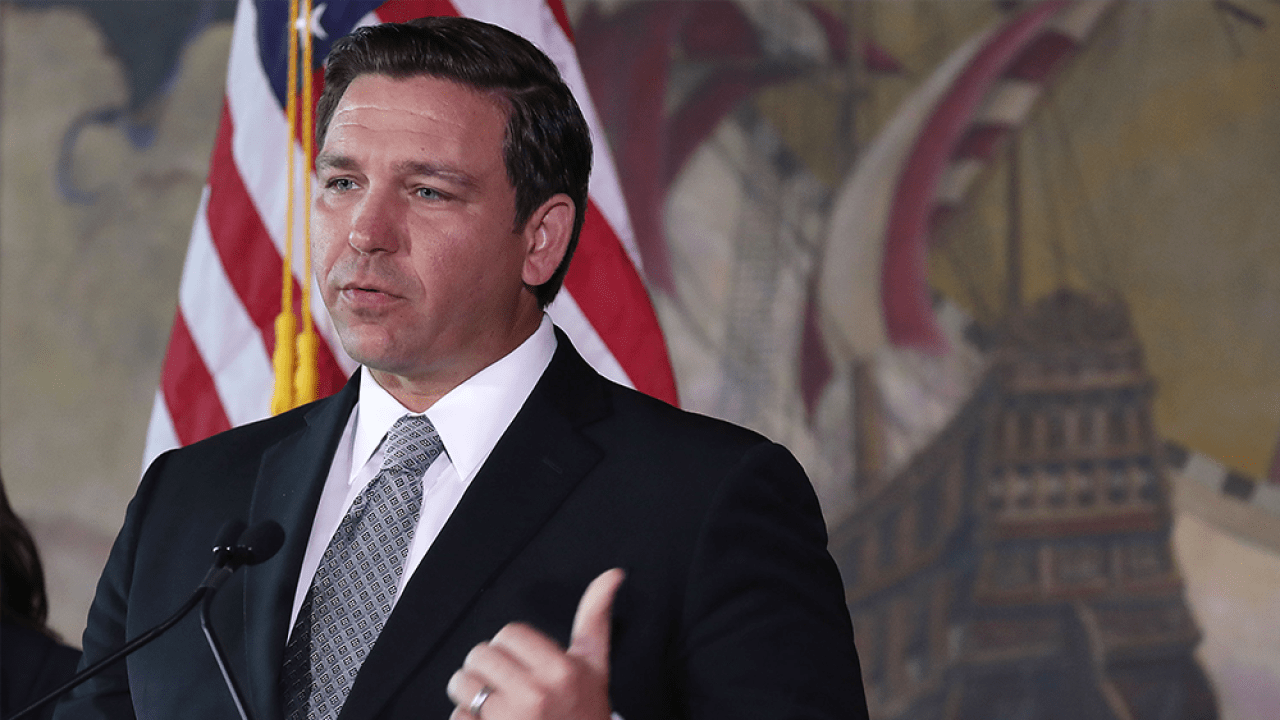 Gov. Ron DeSantis issued a proclamation commemorating Juneteenth — seen as the final end of slavery in the United States.

“Juneteenth is the oldest nationally celebrated commemoration of the ending of slavery,” the proclamation reads.

“Juneteenth is an important opportunity to honor the principles of the Declaration of Independence and celebrate the achievements and contributions African Americans have made, and continue to make, in Florida and across our Nation.”

Florida law gives the Governor the power to make such a move, though stops short of allowing him to declare it a full public holiday.

“The Governor may issue annually a proclamation designating June 19 as Juneteenth Day and calling on public officials, schools, private organizations, and all citizens to honor the historic significance of the day,” the relevant law reads.

The date has garnered increased attention this year in the midst of social activism seen throughout the country. On Thursday, House Democratic Leader Kionne McGhee pushed the Governor to issue the proclamation, explaining the date’s significance.

“Juneteenth is a commemoration of June 19, 1865 when the Union Soldiers read the Emancipation Proclamation in Galveston, Texas,” McGhee wrote in his Thursday letter.

“The enslaved people of Galveston were the last to get the news of freedom, two and a half years after President [Abraham] Lincoln’s Emancipation Proclamation was official on January 1, 1863. Therefore, June 19 came to symbolize the freedom of all enslaved people of African heritage in the United States of America and has been celebrated ever since.”

The Governor’s proclamation relayed much of that historical background as well.

“President Lincoln correctly believed slavery to be in violation of the principles of the Declaration of Independence and that its abolition represented a ‘new birth of freedom’ for the United States,” the proclamation added.

McGhee also pushed the Governor to back legislation which would make Juneteenth a public holiday.

“Florida’s list of public holidays already includes the birthdays of Robert E. Lee and Jefferson Davis as well as Confederate Memorial Day. Surely, a holiday celebrating the freedom of enslaved Black people is worthy of the same honor here in a place as diverse as Sunshine State,” McGhee continued.

“Juneteenth is a holiday that should be celebrated by everyone, as it symbolizes freedom for all regardless of race, color, or creed. Our country was founded on the idea of freedom and justice for all, and this is the date when that rang true all across the nation.”

Senate President Bill Galvano said he would back such a move nationwide.

“I support making Juneteenth an official national day of recognition in celebration and remembrance of our shared commitment as a nation to a United States of America that is truly the land of the free,” Galvano wrote on Twitter.

Other officials also weighed in on the day’s significance Friday morning.

I support making #Juneteenth an official national day of recognition in celebration and remembrance of our shared commitment as a nation to a United States of America that is truly the land of the free.

On this day we celebrate Juneteenth— the day the Emancipation Proclamation made it to Galveston, TX and ended slavery in the US. I pray this anniversary serves as a symbol of hope for our nation’s future.

This Juneteenth, we celebrate freedom and the end of slavery in our country. While we as Americans have made tremendous advances since that momentous day in 1865, we must continue to pursue liberty and justice for all Americans.

Today is recognized as the 155th anniversary of the end of slavery in the United States. We still have a way to go on the road toward full equality and justice.