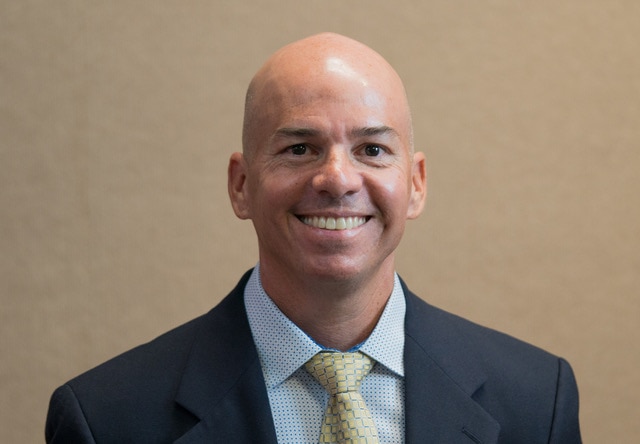 I am running for office because the people of Brevard County deserve a representative who understands their struggles and will work for and unite our community.

My education began at a private religious institution in South Florida until I graduated from high school. My family wanted me to have the best opportunity as possible and all contributed to my education while I was in primary school. I received my undergraduate degree from Barry University in Sports Medicine and then went on to get my Master’s Degree in Athletic Training from Ohio University.

My first job was a dishwasher at age 14 at an Italian restaurant in Ft. Lauderdale that was close enough to my house that I walked to work. The restaurant didn’t have an automatic dishwasher, so my job was very labor intensive, but I learned a lot of lessons from it. The most important lesson that I learned from this job was the value of hard work. From having to walk to work to the intense and laborious nature of hand-washing baked on cheese, I began to appreciate hard work and the benefits of being self-sufficient and capable. These lessons have followed me through all of my education and jobs since then.

I do not have a significant other or kids, however I believe in strong family values and want the children of Florida to have a better education that will shape them into tomorrow’s leaders. I also believe in marriage equality and the ability for all people, no matter their sexual preferences, to be able to marry or foster relationships with whomever they want. It is not up to me to decide what someone does with his or her own body or who they love. I am an ally to the LGBTQ+ community and want to give our citizens the ability to be free to live, love, and pursue happiness without causing suffering to one another.

I have been an active member of my local Democratic Party. Running for office was never a life goal of mine, but I felt that there was a need for a fresh face and mind to represent our district. I especially wanted to try and close the divide that has been caused in my district and fight for our people. Having run in 2018, I knew that I wanted to enter the race again during this cycle to finish what I started. I am lucky to have the continued support from all of my supporters in 2018 and I am looking forward to getting to take on this challenge again.

My campaign manager is Sheina Koolik. She is a student of the University of Central Florida currently studying Public Administration and Human Services. A recent graduate of the Arena Academy, Sheina is learning everything that she can to help me and the rest of our team run a successful campaign. While we have a campaign manager, the responsibilities of our campaign are shared amongst our team. Our grassroots campaign is led by a wonderful team of community leaders and advocates, who have different skills and passions that have driven them to working on my campaign. The best part of our team is that we are a cohesive group with great ideas and intentions and really lean on each other for support. Almost every decision made within our campaign is made as a unit.

A friend who lives in Brevard who believes in me, my values and believes we need a better Representative in my district.

I am inspired by all those like me who step up to run for public office who never had a life ambition to be a politician.

People mistrust elected officials because some elected officials are not relatable or abuse the power of the office like our current Representative using the bully pulpit to attack and distort. I recognize that the way to lead is through unity not division. The best representative is one who knows the struggles of the people of Brevard County and Florida and be their voice. Florida deserves honesty not rhetoric from their elected officials.

The three issues that are the backbone of my campaign are economy, education, and environment. As someone who has struggled with our state’s unemployment system and has felt the effects of the economy’s downturn first-hand, there is a lot of work needing to be done here. As we come out of the pandemic, we need to invest in our economy through infrastructure and jobs through livable wage reform and unemployment. Our secondary education system needs to be affordable and accessible to anyone who wishes to get an education. Our public education system also needs to receive full funding not funding diverted to private corporations. Lastly, I am a passionate environmentalist. I view the relationship between humans and the environment as a symbiotic relationship. It should be a give and take relationship, and as of now, we are doing more taking than we are giving back. For example, the Indian River Lagoon in Brevard County brings in $7.6 billion to the state of Florida per year, however, it needs to be protected from urbanization, loss of habitat, and contaminant dumping.

A “disruptive” issue that I am interested in is common sense gun policy. There is absolutely no reason that someone should be bringing a gun into our schools or communities where there is no present threat or hunting ability. While I do not believe in the removal of all guns, I want to change the procedures in which guns are purchased by implementing more extensive background checks and expanding the registration procedure for semiautomatic weapons. I am proud to say that I have been endorsed by Everytown for Gun Safety and have been labelled as a Moms Demand Action Gun Sense Candidate.

Our district, like many others, has the opportunity to flip a seat. What Brevard county needs most is someone with fresh and new ideas that can help bring our county to a better place. Bringing more Democrats into Tallahassee will change the dynamic of our state’s legislature and represent our state in a way that will unify us and make us stronger.

In my opinion, the best governor in Florida’s modern history is Governor Bob Graham. Both Bob Graham and I share a lot of the same values: we both value the environment, education, and the economy. While in office, Bob Graham launched one of the biggest environmental protection programs in our state’s history. He focused on preserving endangered lands and saving the everglades. Bob Graham also focused on the state’s public university system. As a graduate of a Florida Public University, Graham realized the value and importance in being able to get an affordable, high-quality education. During his time in office, Graham helped Florida create millions of new jobs that put our state in a place where our per capita income was higher than the US average. This was the first time in our state’s history that we accomplished this. When in office, I want to continue all three of these notions and protect our state’s beautiful environment, vital university system, and vulnerable economy following this pandemic.

If I could amend the Florida Constitution, I would start with the partisan bill that passed this past session that made it harder for citizens to be able to petition. Being able to voice your opinion and make change in your community is one of the things that makes our nation so great. I want to reform the process that allows for our citizens to do this and protect their rights to create petitions and bring things that are important to them when legislators won’t listen.

Yard signs are a great way for voters to show their support of candidates. However, yard signs do not win elections.

When I wake up each morning, I start with a cup of coffee. I try to stay off my phone in order to start each day with a mindful matter and to start each day productively. In addition to my coffee, I catch up on last night’s episodes of A Late Show with Stephen Colbert and The Daily Show with Trevor Noah. Starting my day with these two programs does two things: it allows me to see things that I might have missed from the news and it reminds me to add humor to my day. Especially with everything happening right now in our country, the early dose of humor helps start my day off on the right foot.

An economy that works for the working class, a clean and healthy environment, a stronger public education system. #YouDeserveMoore

One of my favorite hobbies is cycling. Growing up, I was an athlete. I was a competitive swimmer and pretty much played any sport that I could. As an adult, I felt that I needed to channel my athletic abilities into something and that drew me to cycling and triathlons. When I first moved to Melbourne, I started a triathlon club to help others in the area begin their triathlon journey and create a positive training community. I also assisted a cycling club put together groups for rides and organized charity rides. My love for cycling inspired me to advocate for Pedestrian and Cyclist Safety with the Space Coast Transportation Planning Organization and helped The Bicycle, Pedestrian, and Trails Advisory Committee. Aside from road biking, I also enjoy mountain biking.

Having been an athletic trainer for most of my career, I don’t really find myself spending my free time watching sports. If I had to pick a sport that was my favorite, I would pick cycling. As an active cyclist, I really enjoy the ability to travel a great distance and look at the areas around me. Almost like sight-seeing, cycling allows me to experience both new and old areas from a new perspective.