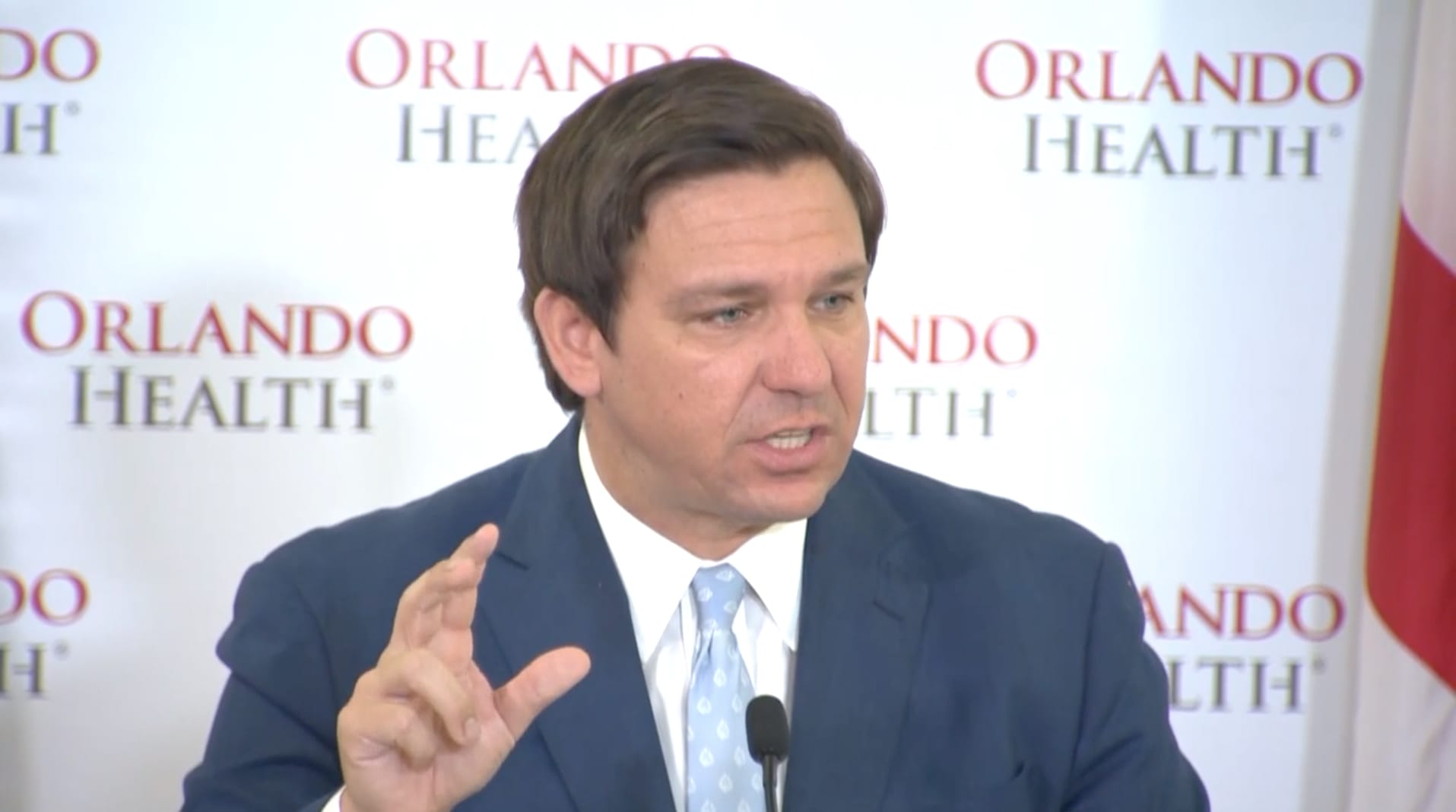 Florida may be counting twice as many new COVID-19 cases daily as it did during the pandemic’s April peak, but hospitalization rates still remain low, according to officials.

Gov. Ron DeSantis traveled to Orlando Tuesday to meet with medical experts at Orlando Health. The positivity rate in Orange County has doubled in the last ten days and weekly emergency department visits for COVID- and flu-like illnesses have nearly triple this month.

While that matches the trend statewide, 23.2% of hospital ICU beds are available across the state, as are 21.2% in Orange County. That share is greater than what it was at the start of the pandemic.

He pointed to new treatment plans, like remdesivir, for improved medical outcomes.

During the pandemic’s April peak, the hospital had 54 coronavirus patients, 50% of whom were on ventilators. As of Tuesday, there are now 108 patients, but only three require ventilation.

Any patient that enters hospitals, whether for respiratory issues or a car crash, gets tested for COVID-19 now.

Most of the state’s fatalities are tied closest to long-term care facilities like nursing homes, where infections have remained low during the current spike. About 1,707 people have died in those facilities or 53% of all Florida resident deaths.

On Friday, the state is launching a program to test long-term care facility staff every two weeks. Previously, the state had encouraged staff to get tested in dedicated drive-thru testing facility lanes but had not mandated biweekly testing.

The uptick in new cases has been most visible in the last week, particularly among younger demographics. That followed Florida’s June 5 reopening Phase Two, which allowed bars and pubs to reopen at 50% capacity.

“It is completely compatible to have business reopenings and maintain a safe community,” said Orlando Health Chief Quality Officer Dr. George Ralls. “We’ve just got to be really thoughtful about the way we interact in the rest of the times we are around each other.”

DeSantis has pointed to an erosion of social distancing the began as people became comfortable with the new normal.

“Coronavirus then as we got into May and June kind of falls out of the news a little bit,” he said. “Obviously we had the big protests, we had some other stuff going on in the country, and I think a lot of folks, particularly the younger folks, kind of thought that was behind us.”

Businesses have mostly followed safety guidelines, Desai said. But social interactions outside of work are leading cases upward, he believes.

“It’s hard to change behavior. It’s hard to get folks to do what we need to do,” he added.