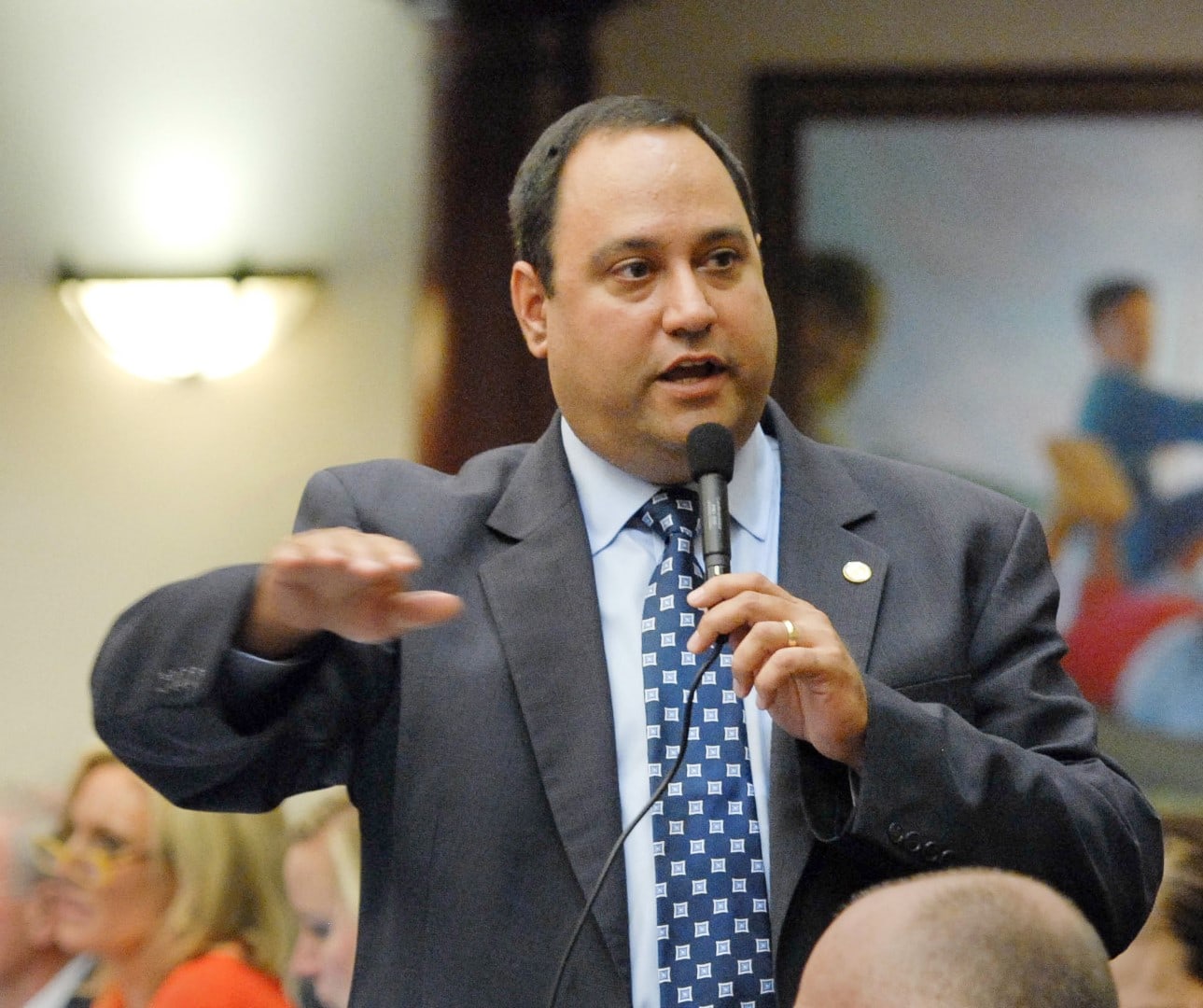 The July 1 event is slated for 5:30 p.m. at Buckingham Farms 12391 Orange River Blvd. Proceeds will benefit his Senate District 27 campaign and his affiliated political committee.

The host committee features a litany of influential names.

Due to Phase Two reopening guidelines, the event space is capped at 50. Supporters must RSVP with the campaign to attend.

Rodrigues is one of the most prolific fundraisers running for state office this cycle, with $410,000 raised and $192,000 on hand in his campaign account and nearly $550,000 more banked between his two political committees, Friends of Ray Rodrigues and Free Markets for Florida.

Much of that cash was raised while Rodrigues was running for SD 27 unopposed, though he’s maintained throughout that he wouldn’t win the seat without a fight.

He’s proven correct — fellow Republican Rep. Heather Fitzenhagen, who had been running for Congress, filed for the seat earlier this month. 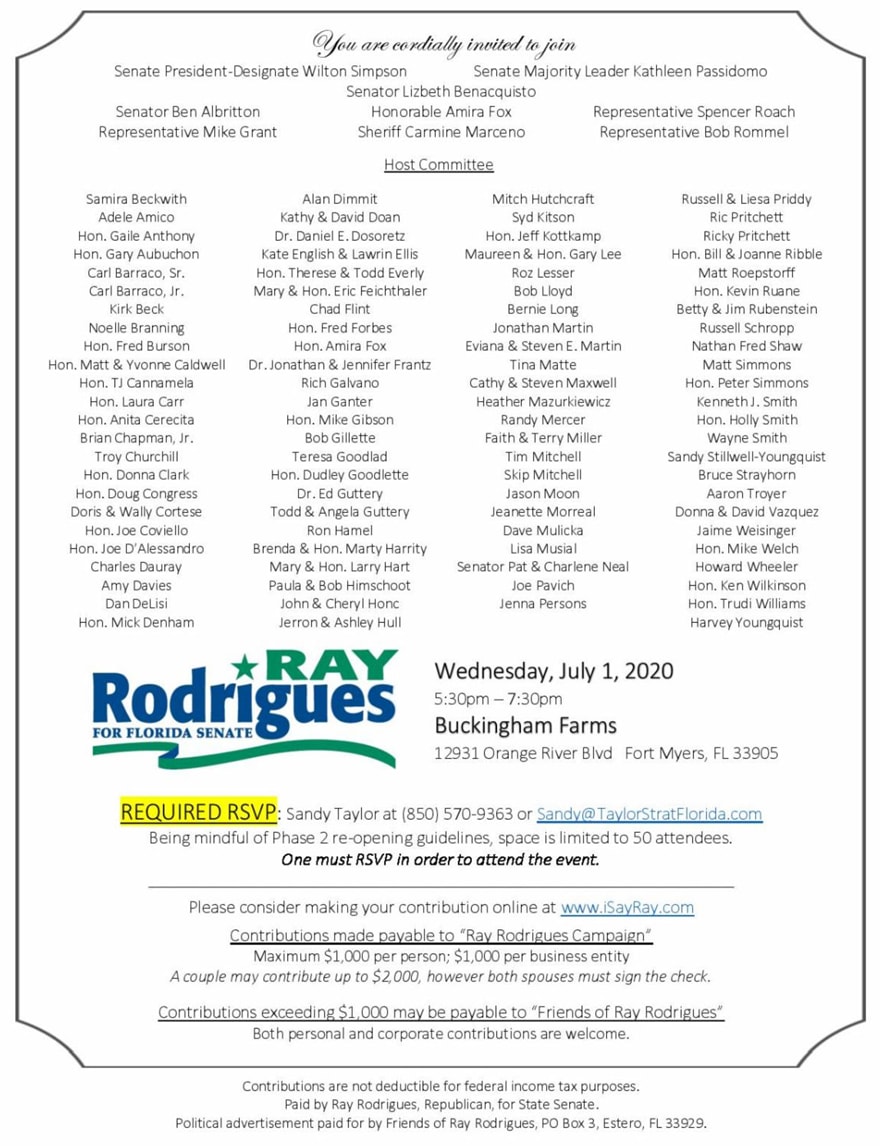