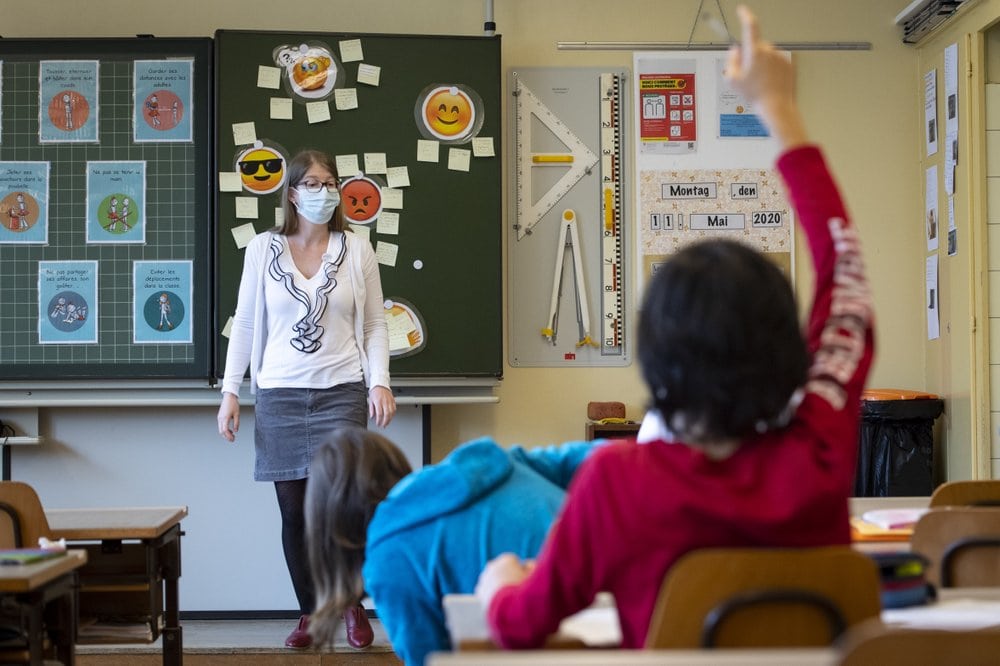 Raises will boost salaries from the bottom half to the top five in the nation.

After questions about whether teachers will see their pay raises next school year as promised, Gov. Ron DeSantis has signed legislation to give teachers that boost.

The plan to raise the minimum teacher salary to $47,500 annually will cost the state $500 million, a significant cut of the Legislature’s $93.2 billion spending plan. With revenue shortfalls from the COVID-19 pandemic weighing down on the fiscal year’s economic outlook, DeSantis is expected to shave between a few hundred million to $1 billion from the budget, including by nixing some of his own priorities.

Entering the 2020 Session, the Governor had named the plan a top priority, calling 2020 the “year of the teacher.”

DeSantis’ answer to the plan’s uncertainty came Wednesday, when he flew to Hialeah to sign the measure (HB 641) into law at Mater Academy Charter School. He noted that preserving the plan was a challenge.

“Although we have not made every decision about the budget, I can report this will be there 100%,” he said. “We’re going to have to make tough choices, but this is important.”

Rep. Rene Plasencia, a former public school teacher and the House sponsor of the legislation, said he didn’t lose confidence that the Governor would fit the measure into his final budget.

“It’s a sign that our teachers, teacher pay, is a priority to the most powerful elected officials in the state of Florida, and that’s a big win for teachers as well,” the Orlando Republican told Florida Politics.

Approximately 100,000 public and charter school teachers are set to get raises totaling $400 million under the proposal, and Florida will jump from 26th to the top five in minimum teacher salaries. It doesn’t apply to substitute teachers or other support staff.

Another goal of the proposal is to make a career in education more enticing for people considering the profession.

“You’re obviously not going to get rich doing it, just like police officers don’t get rich, just like other things,” DeSantis said. “You do it because you have a servant’s heart, but it sure makes it easier if you have a good minimum salary and are able to make ends meet.”

Raising base salaries will reward teachers for job they do and make sure schools remain competitive with other industries.

“The number one determinate of a child’s success is a highly-qualified teacher in front of them,” Plasencia said.

The plan also replaces the Best and Brightest bonus program and provides $100 million in extra pay for teachers making already making more than the set minimum. Furthermore, the Legislature will have to revisit pay raises annually under the proposal.

On Thursday, budget watchdogs at Florida TaxWatch released a plan to save the state $6 billion through vetos and legislative action were lawmakers to convene for a Special Session. The proposal included delaying pay raises until Jan. 1 or July 1, 2021, if necessary.

DeSantis thanked Senate President Bill Galvano, Senate budget chief Rob Bradley, Sen. Kelli Stargel and others for their role in the legislative process, noting that the Legislature approved upon his vision.

“It was not something that a lot of people thought necessarily could get done,” DeSantis said. “Even some of the people up here may have had a little bit of misgivings about it at times just because there’s only a limited amount of dollars and you’ve got to make tough decisions a lot of times.”

Bradley recalled when the Governor first announced the education plan in October and called it a “promise made, promise kept.”

“People said after COVID, this shouldn’t happen, should we even do this anymore,” he said. “But today, it’s happening.”

The future for pay raises looked more certain last week after the Governor was asked whether he was reconsidering the priority.

“Teacher raises are important,” DeSantis told reporters in Tallahassee. “I said I’m going to veto some things in my budget. I’m not going to veto everything in my budget, so we want to obviously try to deliver as many of the priorities as we can.”

Education Commissioner Richard Corcoran noted the plan is the largest education proposal in the history of the state.

“The biggest winner from this initiative, Governor, is the students,” he said.

After Spring Break, schools went remote for the remainder of the 2019 to 2020 school years. Students will return to campus in the fall, but DeSantis thanked teachers for their innovation during distance learning.

“It was not an easy transition,” he said. “I think Florida did better than just about any other state, but it’s not the same as having a teacher standing in front of kids in a classroom.”

Former Gov. Jeb Bush weighed-in on the signing, adding that the current Governor’s investment in teachers will benefit students for generations.

“Florida’s teachers have the power to change the lives of hundreds of thousands of students every day,” Bush said in a statement. “No profession in our state is more deserving of this investment that will reward teachers for their hard work and attract more of Florida’s brightest young minds to make teaching their career.