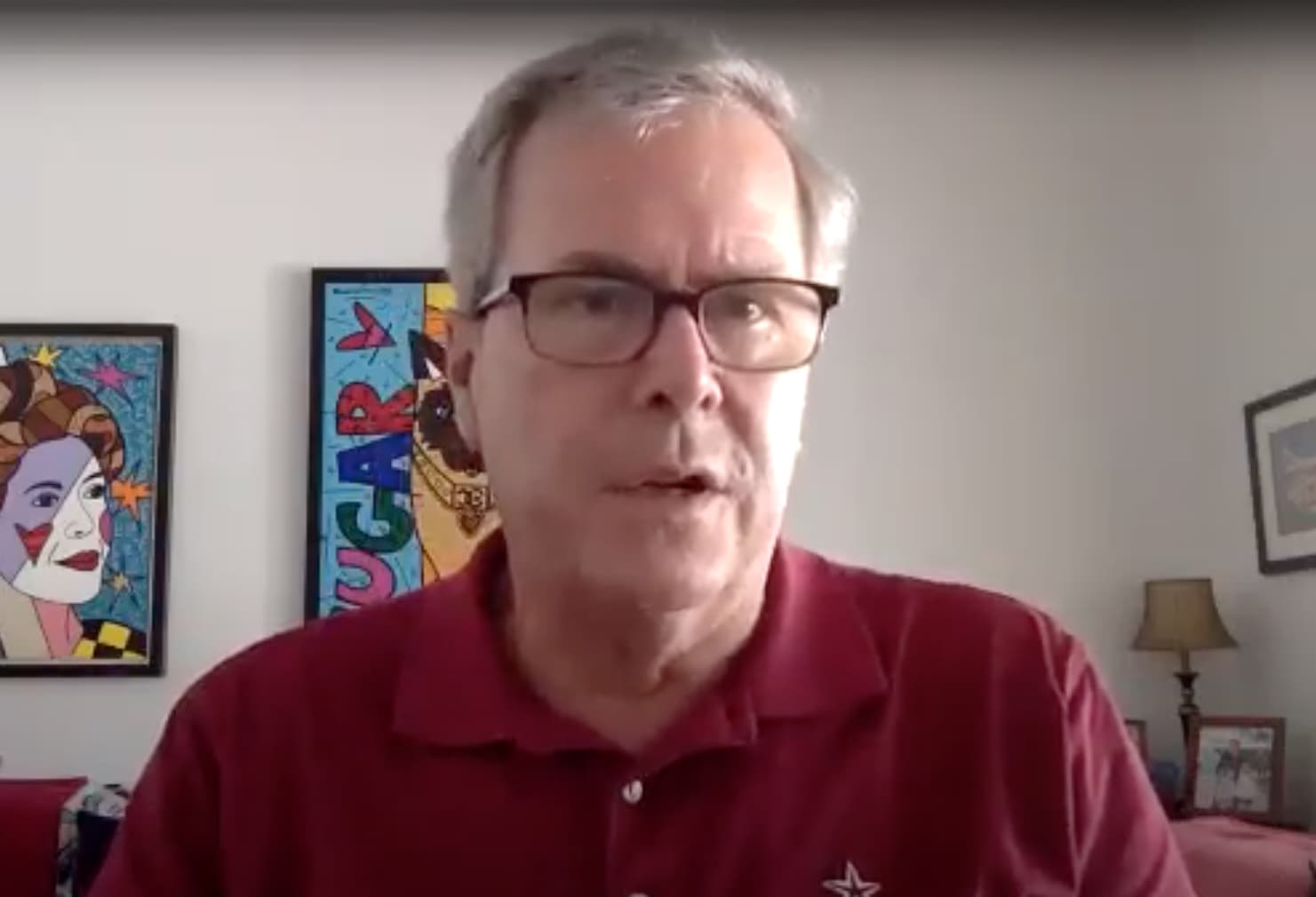 Jeb Bush finds the light in a dark, coronavirus-clouded world.

The rapid advance of disruptive technologies may be accelerating deep into American culture because the coronavirus crisis is forcing people to turn inward and to innovation, Republican former Gov. Jeb Bush said.

Appearing in an online forum set up by REX, a company pioneering online real estate business, Bush marveled at how far technology has come since he left the Governor’s office in 2008, and how much impact the so called “disruptive technologies” have brought about.

“The rapid advancement of technology has changed everything,” Bush said during the Zoom conference. “And there are a lot of systems in place that kind of keep doing it the same way and in most cases they’re eventually, they’re disrupted. And I would say how you buy a home is an example of that.”

Bush was introduced to help promote REX, which provides full-service, on-line services, including virtual tours of homes. Company officials said its market not only is not suffering during the coronavirus crisis, but picking up significantly as people turn to doing more business at home, online.

REX contends its sales in Jacksonville are up 79% since the start of the COVID-19 crisis, and that the company is listing 57% more homes now in Florida than in June 2019.

Bush stopped short of pitching REX directly, citing his own real estate agents in Miami doing the same thing. But he did suggest the service may be more than just a COVID-19 convenience.

“I think a lot of these innovations and how we’ve adapted in this time actually will play out in a positive way for this country,” Bush said.

Bush also sees a silver lining in families being forced to spend more time together, and to show more care for grandparents. Working from home is making many people find healthier ways to live, including himself, Bush said.

“I’m more productive and healthier. So the home is a place where a lot more things are going to happen, and REX is going to be a great innovative intermediary to help make people’s dreams come true,” Bush said.

He declined to offer his opinions on how President Donald Trump or Gov. Ron DeSantis are doing addressing the coronavirus crisis, at least not directly.

“There’ll be an after-action report on the White House and governors and all that. I’m not going to get into that,” Bush said. “But I will say that public leadership in times of crisis really matters. And you’ve got to tell the truth with the facts that you have. You’ve got to have the humility to know what you don’t know. In this case, we’ve never had this experience.”

“And offer some hope, because people are scared. These are scary times,” Bush said.

“Ask me next year to give a grade to the administration’s response, or to Gov. DeSantis’ response or to (California) Gov. (Gavin) Newsom‘s response,” Bush said. “I think it’s better to be supportive of our leaders right now. And to govern ourselves, to have personal responsibility.”

He encouraged everyone to wear masks and social distance.