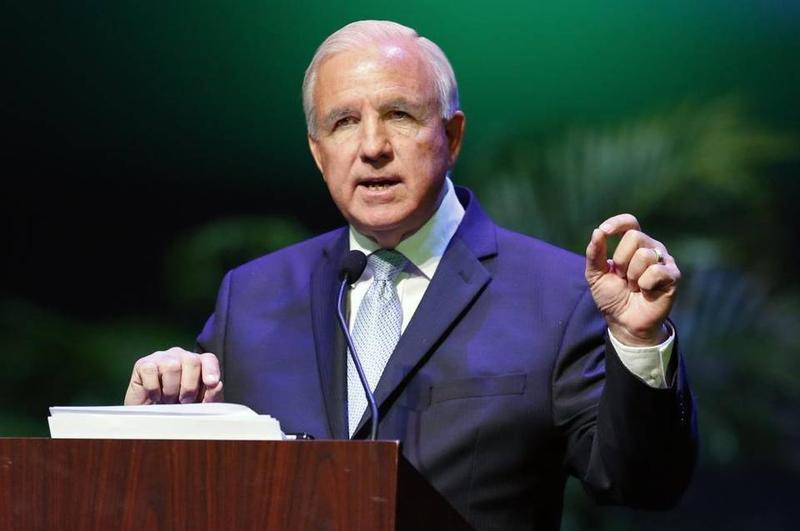 The county will close theaters, casinos and more as COVID-19 cases continue to rise.

Miami-Dade County is reverting several of its reopening measures and instituting a 10 p.m. curfew beginning July 3.

The moves come as the county continues to struggle with an expanding spread of the novel coronavirus.

The new curfew will run from 10 p.m.-6 a.m. beginning July 3 and will be in effect “until further notice,” according to a release from Miami-Dade County Mayor Carlos Giménez. It will exempt essential workers such as hospital employees, food delivery workers and members of the media.

“This curfew is meant to stop people from venturing out and hanging out with friends in groups, which has shown to be spreading the virus rapidly,” Giménez said.

Giménez is also shutting down several types of businesses.

“I am also rolling back the reopening of entertainment facilities, such as movie theaters, arcades, casinos (with the exception of tribal casinos, over which the County does not have jurisdiction), adult entertainment, concert houses, bowling alleys and other establishments that have recently had their plans approved by the County,” Giménez announced Thursday night.

The moves signal an about-face for the Mayor less than two weeks after Giménez said of the rising cases, “We don’t see this as concerning.”

The continued climb has since earned the Mayor’s concern.

The changes pile on to previous measures instituted by the county ahead of July 4 weekend. Beaches are closed. Parks are shut down for fireworks viewing. Hotels and restaurants seating more than eight are also facing limitations. Masks must be worn in public at all times.

At a news conference featuring Giménez and Gov. Ron DeSantis less than two weeks ago, Giménez promised to increase enforcement of existing, less restrictive social distancing measures. However, he also downplayed the severity of the outbreak.

“We always expected that as we open the economy, we would have more positive rates,” Giménez said. He also added the county was not facing a hospital shortage.

That’s begun to change, as Jackson Health System and other nearby hospitals have started cutting back on elective surgeries amid fear that bed space could be taken up.