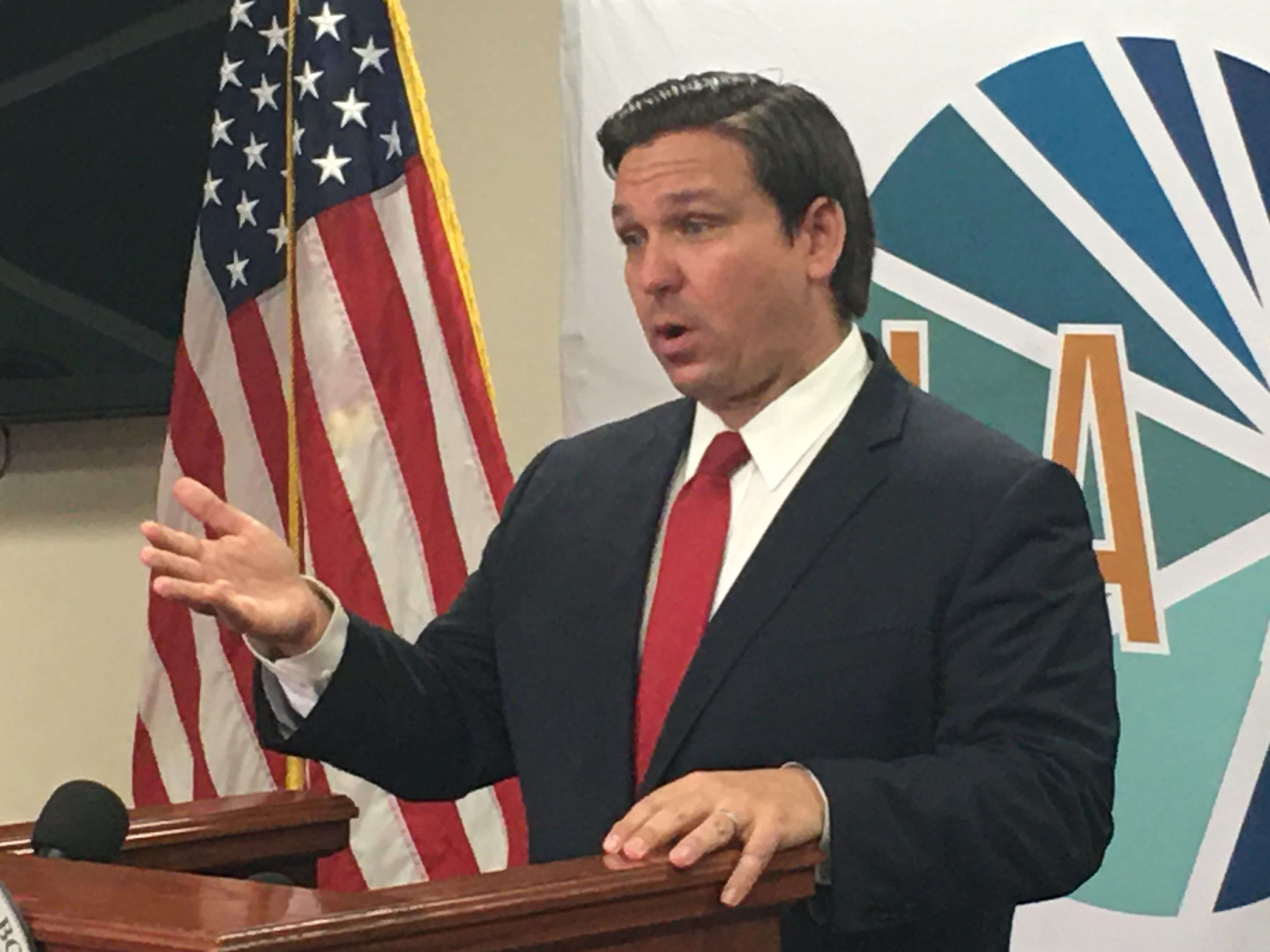 RNC to a double A ballpark? An amphitheater? In August? In Florida?

Gov. Ron DeSantis, during a press conference at the Jacksonville Port Authority’s offices in Talleyrand, suggested that in terms of RNC planning, he is down for whatever, including events being held at outdoor facilities.

The comments came after national reports that outdoor venues, including the Jacksonville Jaguars football stadium and the minor league baseball park used by Jacksonville’s AA baseball team, were in play given potential complications with a full-scale indoor event.

“Safety is not negotiable,” DeSantis told media. “My view was that outside was something they were always looking at.”

“You look at some place like [Daily’s Place],” he said of the covered amphitheater in the Jacksonville Sports Complex, “especially with Florida weather, it would be very safe.”

“I think doing something out there would be very good, and a healthy environment,” DeSantis said, noting that would be the preference of delegates as well.

The optics of the President potentially accepting his nomination in a minor league ballpark notwithstanding, there are indeed serious questions about how much the Governor is involved in convention planning, with the latest charge coming just after his Jacksonville press availability from the New York Times.

DeSantis, goes the narrative, is freezing his donors from backing the convention due to the involvement of Susie Wiles, with whom he had a falling out soon after his 2018 campaign. Among the charges: the Governor thinks Wiles is “overrated as an operative.”

Jacksonville Mayor Lenny Curry admitted earlier this week that the convention was having fundraising troubles, but he did not namecheck the Governor.

“As it relates to the fundraising,” Curry told reporters Tuesday in Jacksonville, “individuals have said ‘Yes, the fundraising has not been as easy as usual because we don’t have two to three years to raise the money.’”

Curry, who has a press avail Friday, likely will be compelled to say more given recent reports.