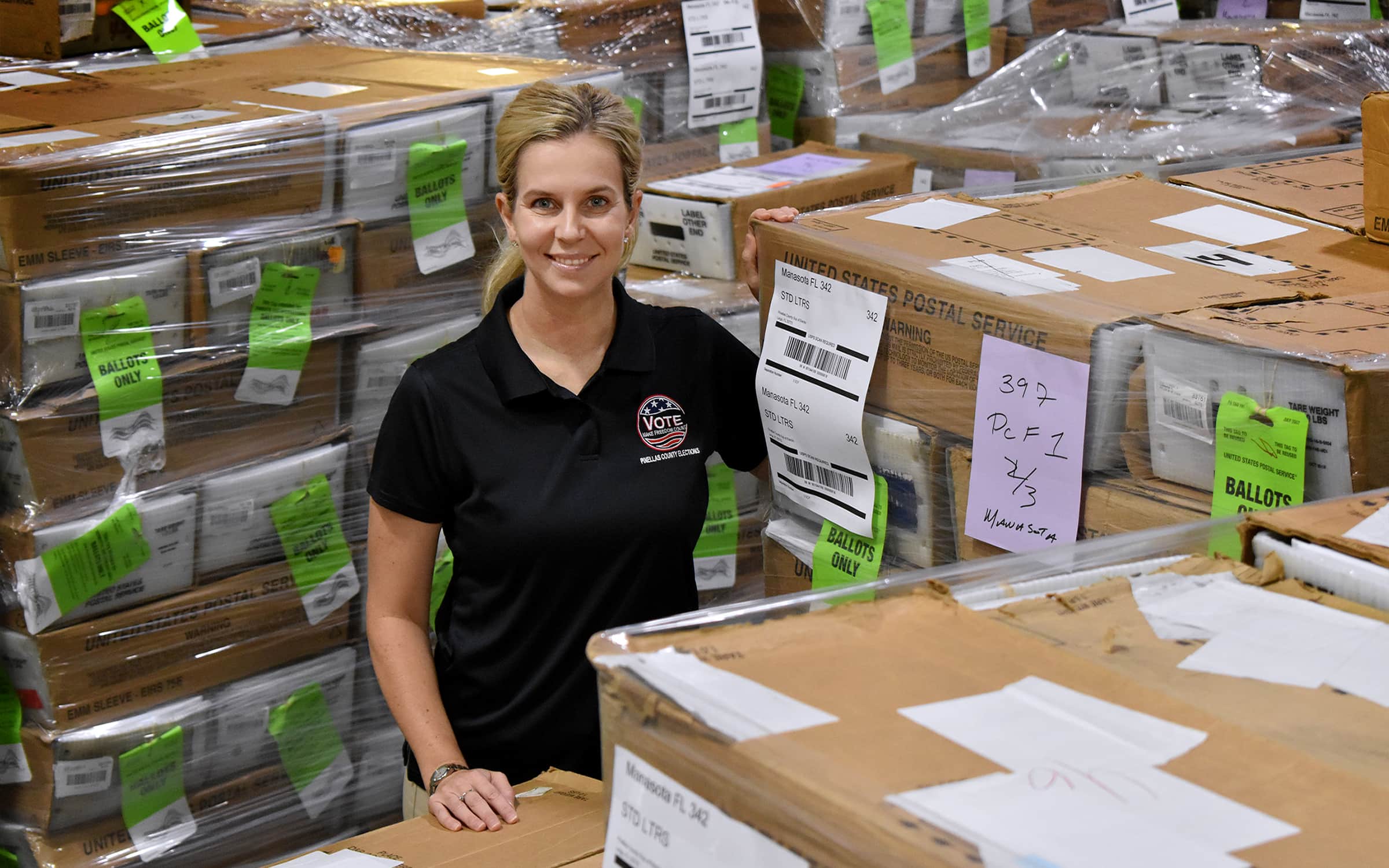 Julie Marcus mailing out the ballots for the August primaries.

The record-breaking 321,952 ballots for the bulk send out are for the Aug. 18 primary election.

In total, Pinellas County has mailed 326,036 for the primary, not including ballots picked up at the Supervisor of Elections’ office. Of those sent out, the ballots account for 117,196 Republican voters, 136,484 Democratic voters and 72,356 no party-affiliated or third party voters. Although Florida is a closed primary state, non-affiliated voters can still cast a vote in non-partisan races, like school board and judicial races, or in races where the primary opened because members from only one party were appearing on the ballot.

The previous record for bulk ballot mailing occurred in the 2016 presidential election, with 262,242 ballots sent out.

The deadline to request a mail-in ballot in Pinellas County is 5 p.m. Aug. 8.

The record is likely fueled by rising concerns about in-person voting as the COVID-19 pandemic rages across the state and in Pinellas County. As of Tuesday morning, Pinellas County had recorded 11,754 cases and continues to see upward of 300 new cases a day.

Democrats have been pushing for a vote-by-mail-only election, though Republicans, spurred by President Donald Trump‘s contention that such an election would breed voter fraud, largely reject the idea. That’s despite Republicans historically holding an advantage in vote-by-mail turnout.