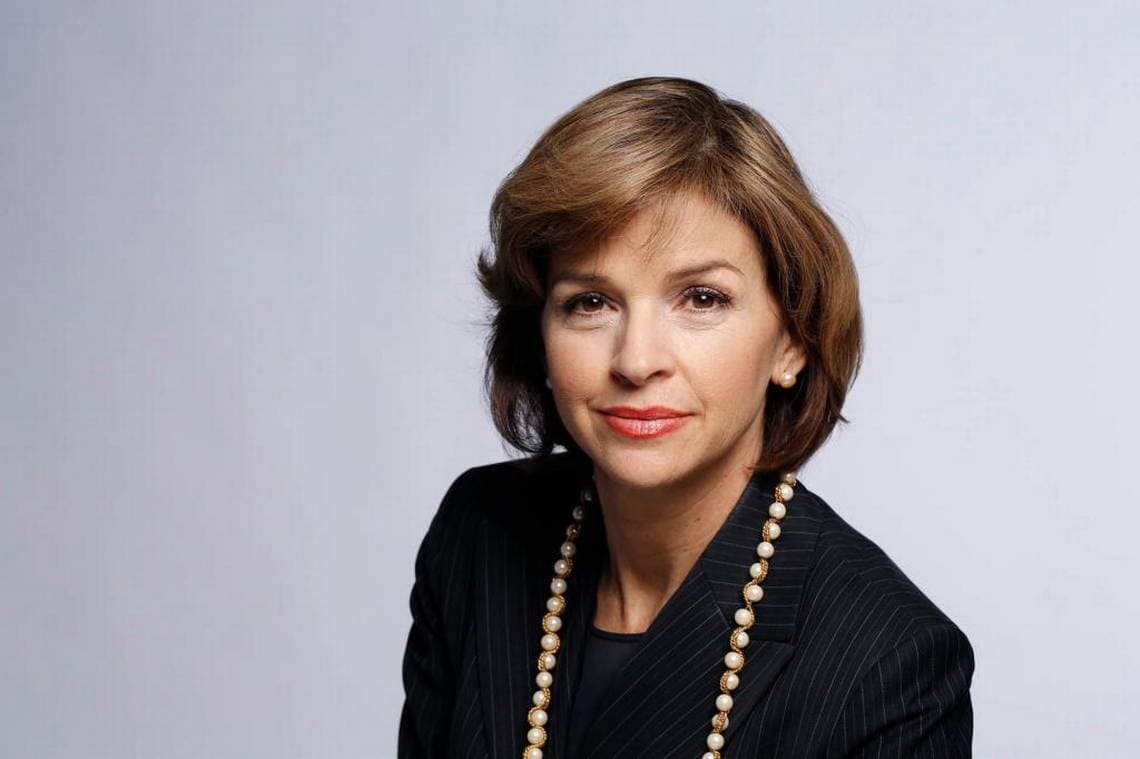 She is leaving the Governor's Office, where she has served as his Communications Director.

Helen Aguirre Ferré is jumping out of the fire that surrounds the messaging of Gov. Ron DeSantis in the coronavirus crisis and into the frying pan that is the Republican Party’s preparations for an election likely to be both explosive and nationally critical.

Late Thursday it was revealed that DeSantis’ communications director is becoming the new Executive Director of the Republican Party of Florida, filling a position that has been vacant for months just as the party ramps up its efforts to win the state’s 29 electoral votes for President Donald Trump‘s re-election campaign.

To take that role, Ferré will exit Gov. Ron DeSantis’ office, where she has served as Communications Director since the start of his term in January 2019.

The RPOF announced Ferre’s transition during an internal call with the party’s executive committee.

“I am excited to have someone of her caliber and experience who will manage the day to day operations of the RPOF,” said the party’s Chair, Sen. Joe Gruters. “She brings the firepower that we need for the last 109 days of the campaign. Her previous experiences at the White House and the RNC will make it, so she has an immediate impact.”

Ferré will take the role left vacant by Peter O’Rourke, who stepped down in March after seven months on the job. The former Executive Director, who is also a former U.S. Veterans Affairs Secretary, returned to the private sector in Washington.

Trump is facing sinking poll numbers, including in Florida, which remains crucial in the 2020 presidential race. That contest has implications for down-ballot elections across the state.

“The 2020 Election will decide which direction America heads, and it’s all hands on deck for every one of Florida’s 67 counties,” said RPOF Vice Chair Christian Ziegler. “Adding one of the key team members of America’s Top Governor is an exciting addition. From her background in the White House to expertise in communications, I look forward to working with Helen as she helps lead our grassroots efforts across the state.”

“Helen is extremely qualified to help lead our party and adds to the growing talent pool helping our state party have success moving forward,” he said.

A March call did little to shed light on the exact reason the former VA Secretary is heading back to D.C.; supposedly, it is because of a strained relationship between Trump and DeSantis, who the President at one time called one of his “warriors” in Washington.

Ferré is a former spokeswoman for Trump, who was a vocal supporter of DeSantis during the gubernatorial race. Before joining the Governor’s team, she served as the White House Director of Media Affairs for two years.

Her tenure at the Governor’s Office has been capped the last four months by the COVID-19 pandemic. DeSantis has taken hits nationally over his response — from being slow to lock down the state and quick to reopen it, and his refusal to issue a mask mandate or reverse course as the state now sometimes faces more than 10,000 new infections daily.

We're excited to welcome @helenaguirrefer as our new Executive Director. She will bring the firepower we need over the next 109 days to deliver Florida to @realDonaldTrump and Keep Florida RED. On To Victory 2020! pic.twitter.com/uYaW5xrXvH