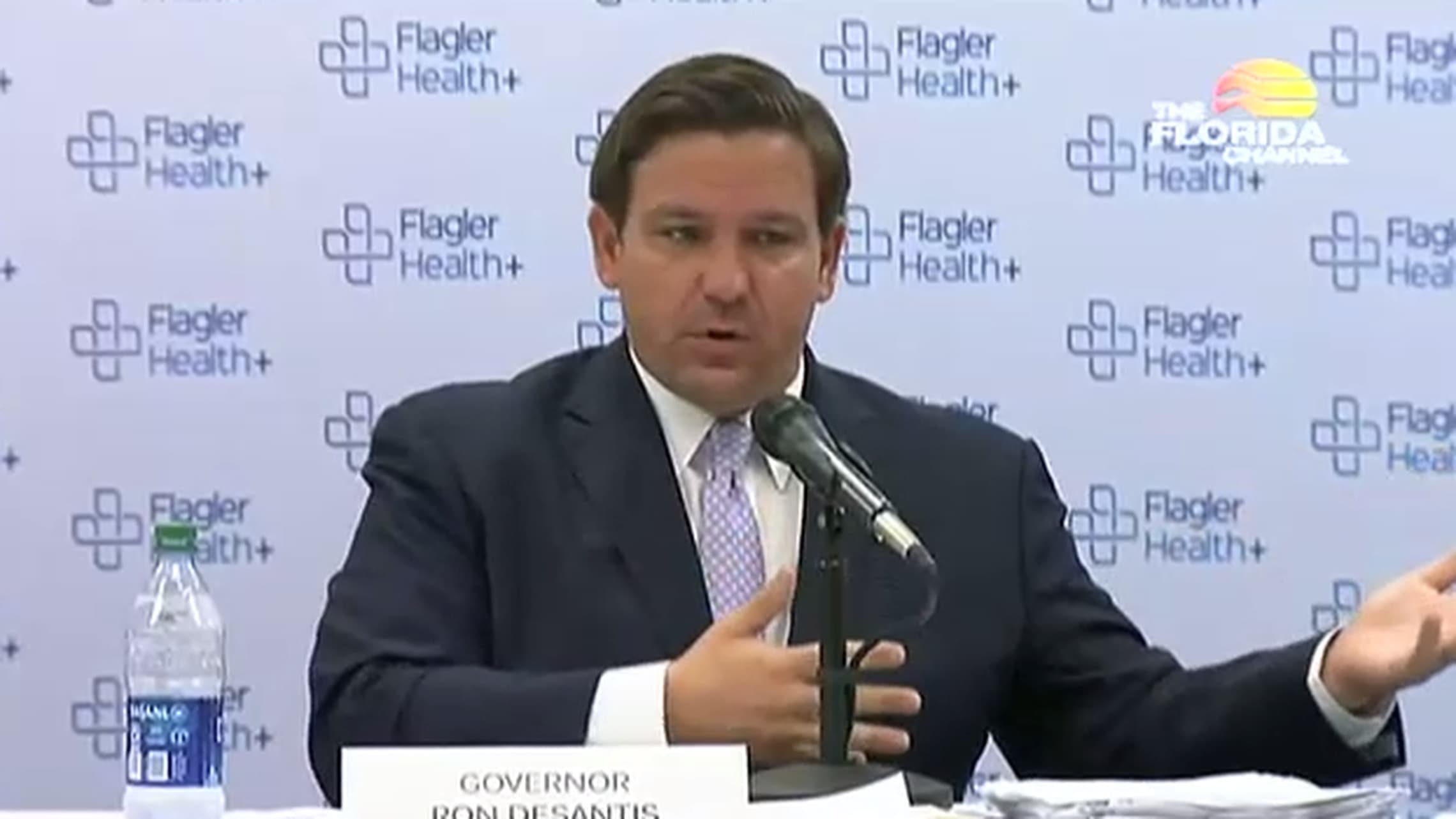 Lewis, DeSantis served in Congress for six years together.

During a Saturday afternoon press conference in St. Augustine, Gov. Ron DeSantis declared a question about a former colleague who passed away out of bounds.

For the Governor, noted for his national media appearances in which he often dishes out red meat on the topic of the day, the question was not germane.

DeSantis “appreciated the question” but pivoted to another reporter, who went on to get three questions in: “Do you have a question about the topic at hand?”

The Republican Governor’s unwillingness to address either the topic of monument removal — a hot-button issue in Florida and beyond in this year of #BlackLivesMatter —  likely won’t reassure those who think him less than sensitive on these issues.

But, ultimately, the decision to pivot and shame the reporter for asking the question was more notable given the punt on the opportunity the Governor would have to comment on someone he worked with.

It took DeSantis until Saturday evening to actually marshal a comment on Lewis’ death, long after other prominent Republicans, most notably DeSantis’ predecessor as Governor, spoke.

“Ann & I send our thoughts and prayers to the loved ones of John Lewis. He left an indelible mark on our country and spent his entire life giving a voice to the voiceless. We are forever grateful for his service to our country and our world.” tweeted Sen. Rick Scott.

DeSantis, a Governor who won by the slimmest of margins in 2018, won the office only after a campaign against Florida’s first African-American major party nominee for that office, a campaign in which the candidate made gaffes that blew up into worldwide scandals.

Soon after both DeSantis and Democrat Andrew Gillum got their nominations, the Governor used language on Fox News that some saw as racially charged.

“The last thing we need to do is to monkey this up by trying to embrace a socialist agenda with huge tax increases and bankrupting this state,” DeSantis said.

The phrase “monkey this up” got global coverage at the time, the beginning of what was the highest-profile race for Florida Governor in history.

The Governor doubled down on the phrasing, as Roll Call noted, saying it had “zero to do with race,” saying that those who tried to argue otherwise were trying to “obscure” his point.

nextWinner and Loser of the week in Florida politics — Week of July 12, 2020