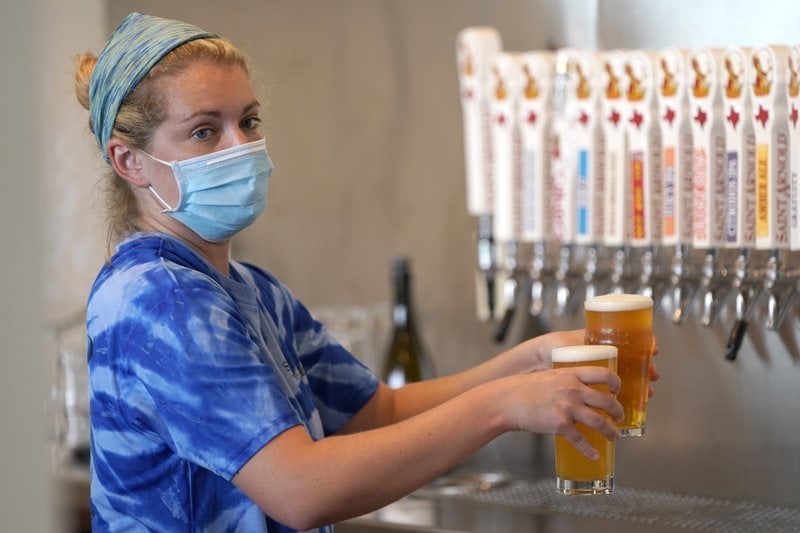 Department of Business and Professional Regulation Secretary Halsey Beshears will begin drafting a plan next week to allow Florida’s struggling breweries and bars to reopen, he announced Saturday.

“Next week starting Friday, I’m going to set meetings throughout Florida with breweries and bars to discuss ideas on how to reopen,” Beshears tweeted. “We will come up with a Safe, Smart and Step-by-step plan based on input, science and relative facts on how to reopen as soon as possible.”

Next week starting Friday, I’m going to set meetings throughout Florida with breweries and bars to discuss ideas on how to reopen. We will come up with a Safe, Smart and Step-by-step plan based on input, science and relative facts on how to reopen as soon as possible.

Late last month, Florida banned alcohol consumption at its bars, for the second time this year, in response to a spike in the number of coronavirus cases.

The announcement comes after the Florida Brewers Guild sent a letter to Beshears and Gov. Ron DeSantis Tuesday, pleasing with state leaders to make an exception for their industry.

They warned the pair that more than 100 breweries are at-risk of permanently closing within the next two weeks if they remain restrained to a to-go only business model.

Roughly 90% of breweries in Florida have been closed longer than they have been open in 2020, according to the group. Coupled with the fact that to-go sales constitute less than 10% of the collective sales for most breweries, the group warned current limitations are an “untenable model for our industry.”

“The health of our community is paramount, but it cannot be at the life savings of hundreds of entrepreneurs, the livelihood of thousands of families, and the majority of an entire industry,” the letter said. “We will work with your administration in any way, but we MUST find a way to put our people back to work. Please help us put together a plan that safely reopens our industry.”

Beshears has said the order, which is backed by DeSantis, would remain in place until the growth in COVID-19 cases starts to decline. The state has become a hotspot for the epidemic, with DeSantis repeatedly pointing to young adults — including those who might congregate in bars — as one of the reasons for the surge in cases.

The Brewers Guild sent the letter on behalf of Florida’s more than 32o breweries, which represents more than 10,000 jobs in the Sunshine State.

On Sunday, the state reported an additional 9,344 cases, bringing the overall total to 423,855. The state added 73,808 cases during the one-week period from July 19 to Sunday, while 872 Florida residents died of the disease during the period, according to Department of Health numbers.

DeSantis initially stopped bars and nightclubs from serving alcohol for on-site consumption as part of an emergency order on March 20 to try to help stop the spread of the virus. The order was lifted on June 5 in all but South Florida, which has been hit hardest by the pandemic. While bars were allowed to start serving drinks again, the state limited indoor customer occupancy to 50 percent and allowed only table service.

But Beshears reimposed the ban on onsite consumption in the June 26 order because non-compliance with the safety guidelines in the bar industry was considered too widespread to enforce.

Bar owners have complained, in part, that the order unfairly discriminates against them, as establishments that serve food in conjunction with alcohol are able to remain open. Beshears’ order doesn’t affect restaurants that derive less than half of their gross revenue from the sale of alcohol.