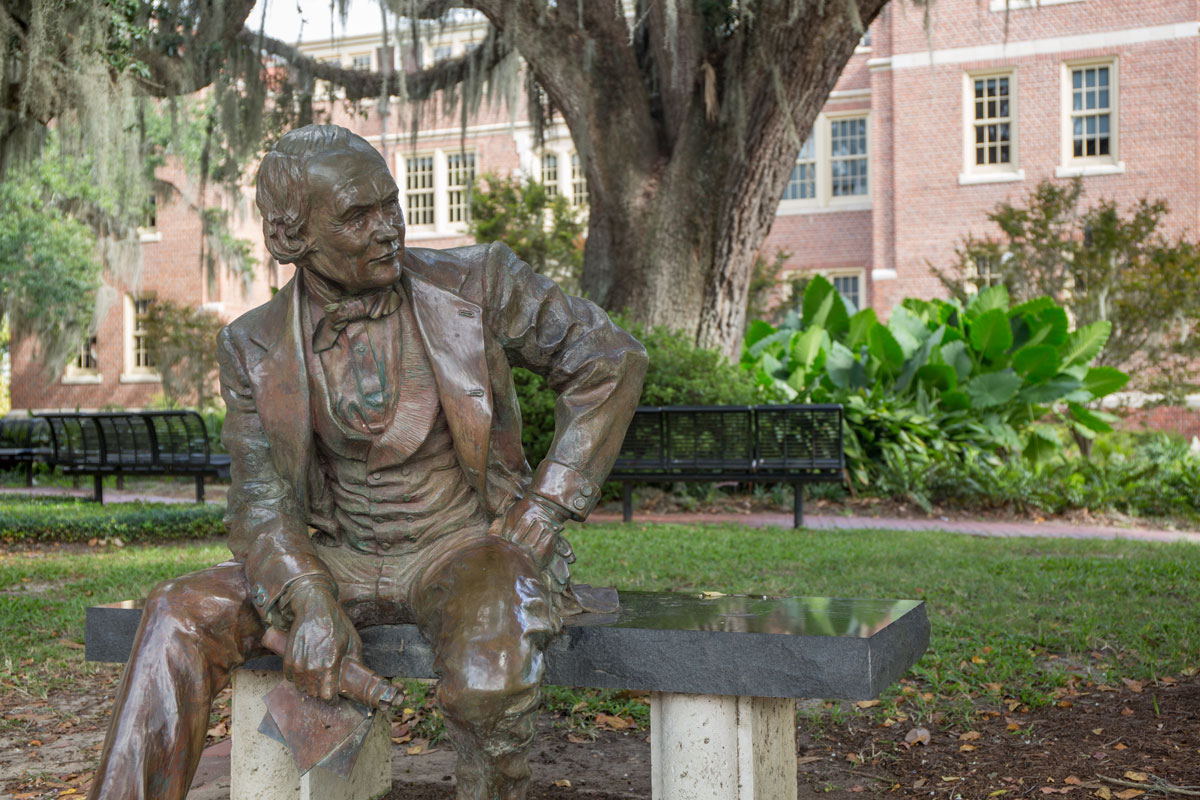 This is the second time in three years the statue, which has long been the target of social activists, has been moved.

Eppes was a prominent plantation and slave owner in Tallahassee. He donated land and money in 1856 to establish FSU.

“We have a long history of addressing difficult racism and inclusion issues on this campus, and we know there is still much work to do,” Thrasher said in a statement. “As the nation faces great unrest and an urgent call for change, we, as a university, will continue to listen, learn and evolve.”

The 30-member task force includes a variety of members from within the university community. English Professor Maxine Montgomery will lead the group.

“I am grateful to each of these individuals for agreeing to contribute their time and attention to these topics during this crucial time in the nation’s and university’s history, and I’m confident they will help the university address racial and ethnic disparities on campus and accelerate our goal to strengthen FSU’s diversity,” Thrasher said.

Other statues, symbols and building names may also be removed from the Tallahassee-based university pending a review from the new task force.

“The panel members will make final recommendations on specific symbols and names of buildings on campus, including the statue, Eppes Hall and Doak S. Campbell Stadium, and will examine how to best reflect FSU’s values in relation to its historical connections to race and ethnicity,” Thrasher said.

The task force is expected to produce bi-monthly progress reports as well as a final report at the end of the academic year.

Thrasher said he will consider all suggestions.

“I’m looking forward to hearing input from the task force on a range of important items connected to racial inequity”, Thrasher said. “This task force will be results-driven, and I know the work they do now — with the full support of the administration — will result in a stronger future for Florida State University.”

A full list of task force members can be found online.