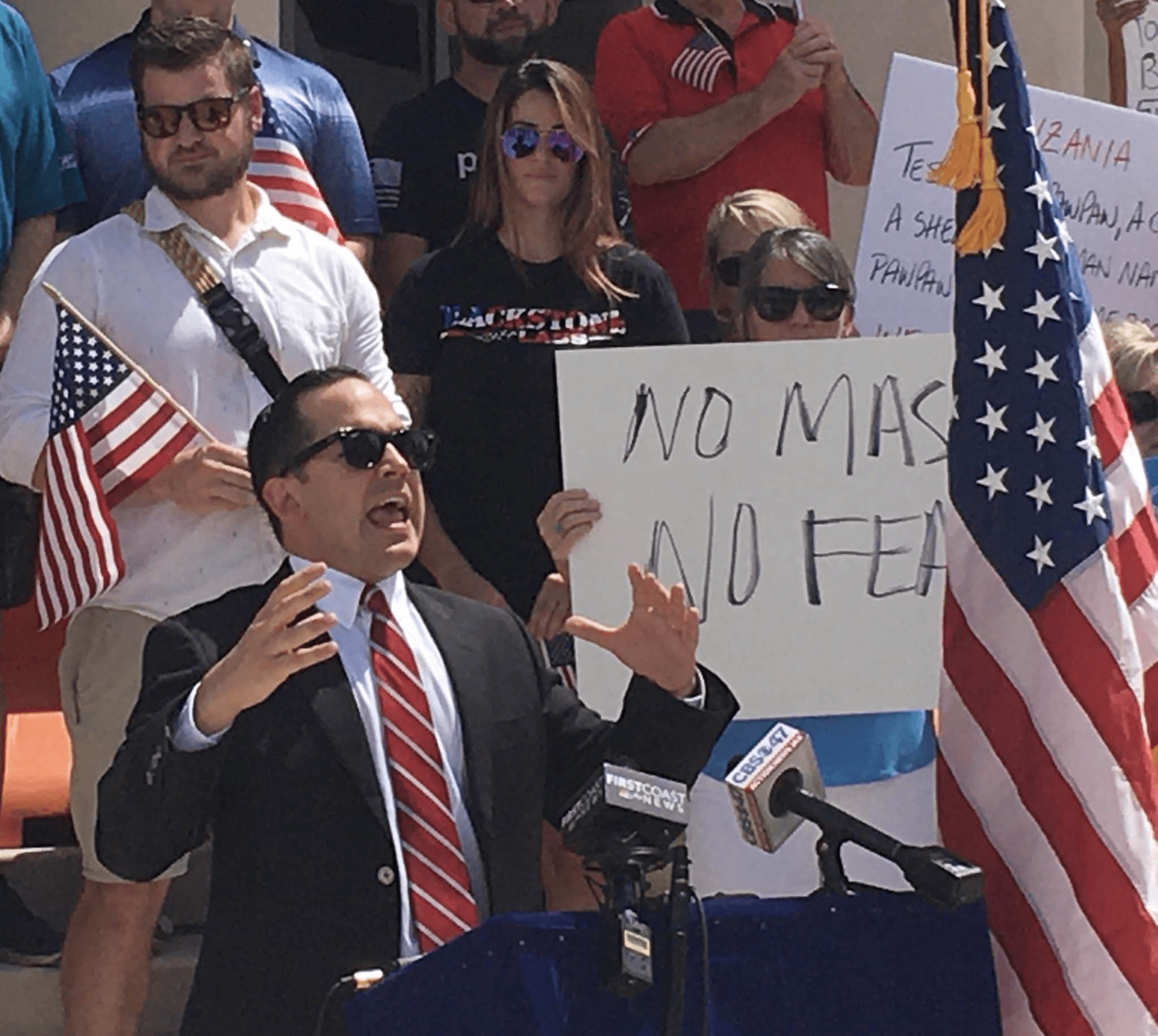 Rep. Anthony Sabatini is facing an ethics complaint in connection to a Broward County lawsuit he filed challenging the county’s mask mandate, one of several he’s filed statewide.

The complaint alleges Sabatini is inappropriately using his official House email to respond to press inquiries regarding the lawsuit, filed in his capacity as a private attorney, not an elected official.

The complainant? Me. I just returned from FedEx, where I overnighted the complaint to the Commission on Ethics.

As an attorney, I’d have thought Sabatini, who I’m not usually inclined to give the benefit of the doubt, would have known better. Apparently not.

Sabatini is traveling the state challenging just about every mask mandate he comes across, joining forces with like-minded mask-haters to channel legalese into their ‘don’t tread on me’ variety of rage. As a private citizen, Sabatini is perfectly within his rights to do so. Any idiot can file a lawsuit in Florida. What he’s not allowed to do is use his official House communication to boost his message. And that’s exactly what he’s doing.

Here’s the document at the heart of the complaint. 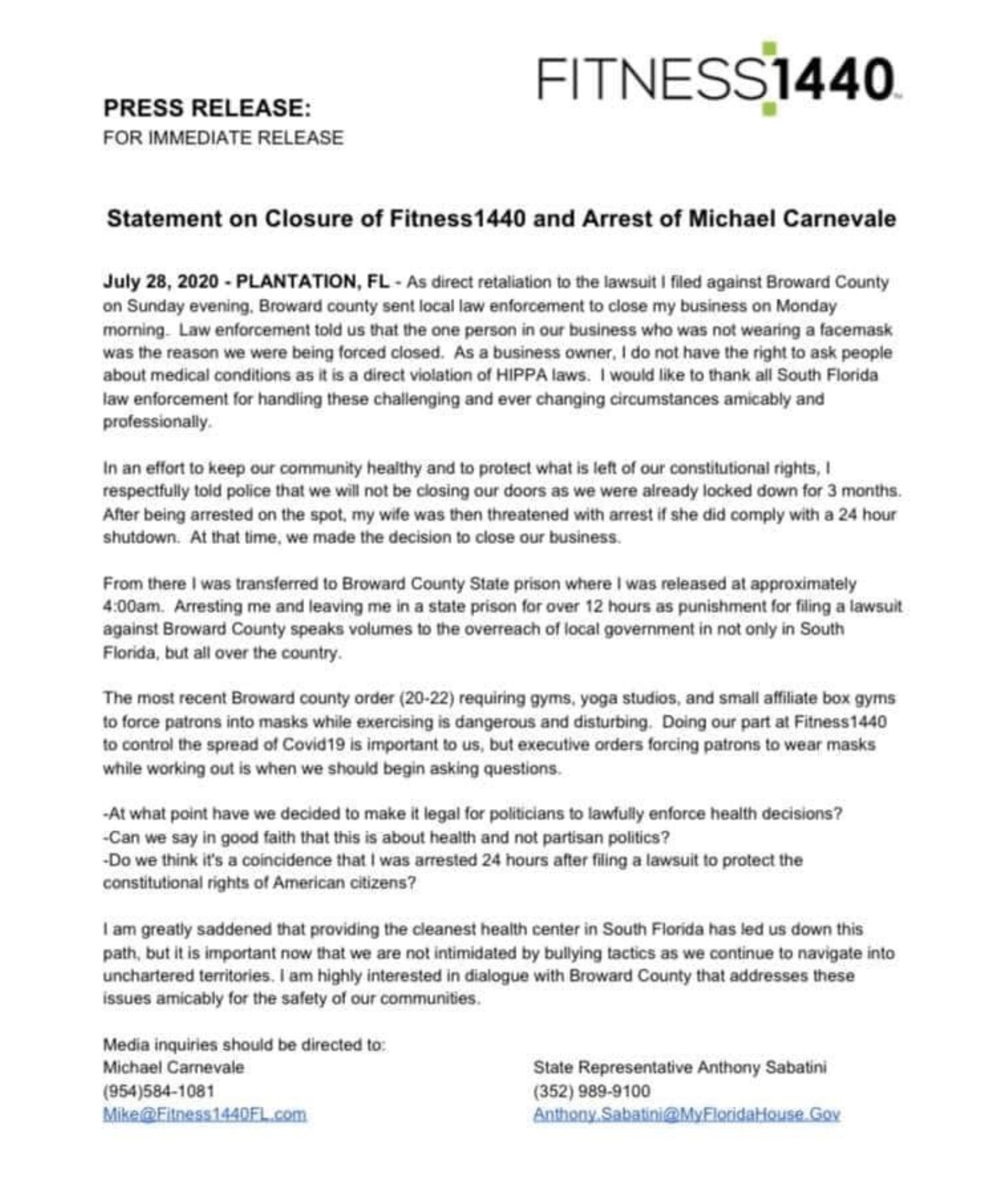 Carnevale owns Fitness 1440 and was forced to close his business 24-hours after filing the lawsuit because he was violating the county order. Upon refusal, Carnevale was arrested and his wife, facing arrest herself, agreed to close the gym.

In a press release on Fitness 1440 letterhead responding to the arrest, Carnevale directs press inquiries to Sabatini at his official House email address.

“No  public  officer,  employee  of  an agency, or local government attorney shall corruptly use or attempt to use his or her official position or any property or resource which may be within his  or  her  trust,  or  perform  his  or  her  official  duties,  to  secure  a  special privilege, benefit, or exemption for himself, herself, or others,” the statute reads.

Sabatini is getting what he deserves with this complaint and any disciplinary action that may come with it.

Unfortunately, ethics complaints are historically nonstarters, ending in slaps on the wrist, if anything at all. However, the complaint should scream loudly to Sabatini’s constituents that he doesn’t care about the rules, unless they somehow benefit him. He’s a hyper-conservative firebrand more concerned with stirring the pot than serving his constituents.

The Florida Commission on Ethics might let him off easy. Voters should not.