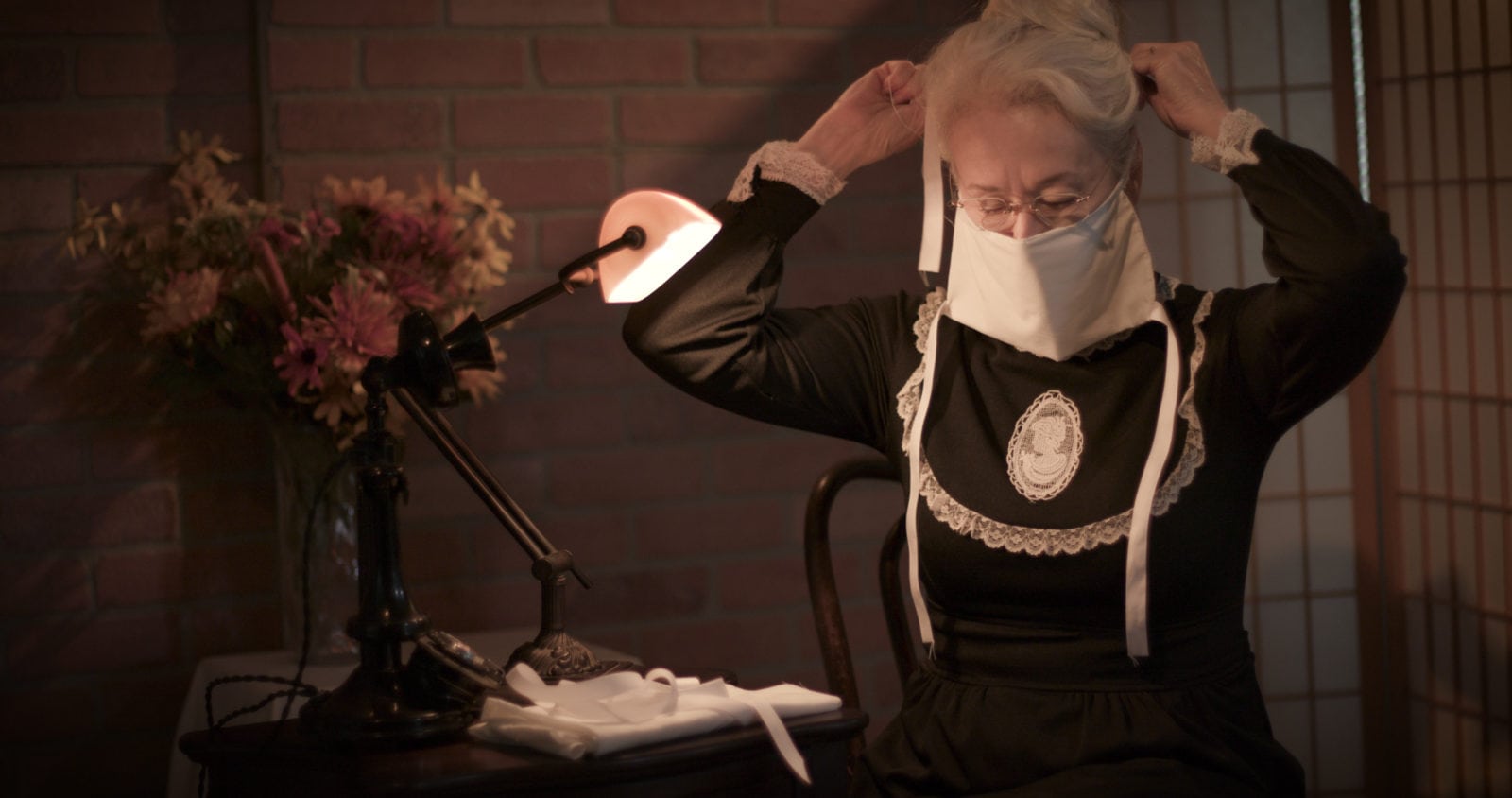 In 2003, when the SARS virus was around, it started in the earlier part of the year and then burned itself out by July.

I know many of us were hopeful the COVID-19 situation might do the same thing.

Well … July saw a spike in the Sunshine State like we haven’t seen as of yet. 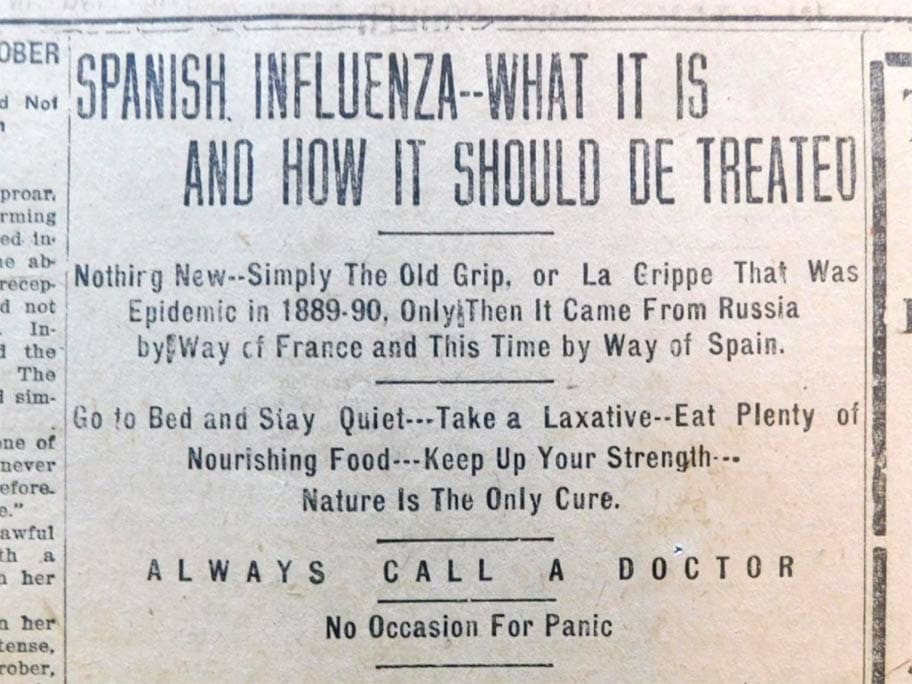 As the 1918 newspaper says, take a laxative and stay quiet, which is always good advice in any situation.

Do you really want to read another column about Zoom, Chinese hackers, the government’s response to the pandemic, Chinese apps, masks, murder hornets, Mike Tyson’s comeback, cyberattacks, presidential political polls and surveys (as those were so very helpful last time around) Gypsies stealing mopeds and selling them to the Iranians?

When the history books (if any “books” are left) look back, I wonder what they will say about our nation this year.

How did we respond to this crisis?

As a nice change of pace, I thought we should look back at the last time our nation faced a global pandemic, and what we can remember (or learn) from that time.

Maybe it will serve as a reminder to keep our heads up, continue trying to do right by each other, and perhaps even be a little depressing — since this pandemic lasted from 1918-19.

Either way, let’s take a walk down memory lane. 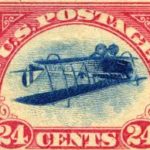 This the most famous stamp ever?

By spring 1918, the United States military first identified the H1N1virus in Hansel, Kansas.

Yes, it was similar to our situation — no vaccine available; people limited public gatherings, wearing masks, being quarantined and the use of disinfectants.

At least they didn’t say “social distancing” back then. (I mean, come on. That phrase is the worst.)

To avoid saying it, I simply tell people I need “space.” And after all these months and weeks of hearing it, and saying it, the phrase “social distancing” just makes me cringe.

I need some distance from social distance. (Sorry, so many puns. I’ll keep it serious.)

in 1918, they were also dealing with something we aren’t — a raging World War.

Yet, there were good things happening in 1918, just like today, although it is simply hard to focus on them.

In 1918, Los Angeles introduced the first French dip sandwich. It was one small step for dips and one giant step for sandwich-kind.

Also making its first appearance — the fortune cookie — as well as the world-famous “inverted Jenny” stamp, with a misprint of the plane being upside down. The stamp intended to honor the first airmail service; only 100 were printed with the error.

If you need a safe place to put way $1M plus, you should pick one up. 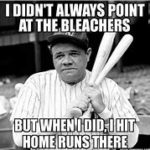 Babe Ruth being Babe Ruth, pandemic or not.

In the White House, President Woodrow Wilson was the head of the nation’s government.

And when not dealing with the day-to-day excitement of the time, Wilson put together his “14 points of peace,” which pretty much dictated the postwar policy of how things should look.

Thank you, Yale, for this copy.

Meanwhile, in Hollywood, one of the great franchises of entertainment was born with the release of “Tarzan of the Apes” (the very first Tarzan film).

And on the East Coast, the New York Globe starts running the “Believe it or Not” cartoon from Mr. Robert Ripley.

On Broadway, you could catch “Hamlet,” “Robin Hood,” or a rocking rendition of “Humpty Dumpty.”

How they took the Humpty story to two hours, I have no idea; I suppose that’s the magic of theater.

(Spoiler alert, he fell down.)

Also of note, the one and only Babe Ruth and the Boston Red Sox took down the Chicago Cubs for the World Series title in 1918 — during an abbreviated season. (Sounds familiar?)

If you are a fan, here is a deep dive into The Bambino.

By summer 1919, the pandemic was over. WWI had also ended, ushering in a few years of calm before more chaos, depression, war, and so forth. 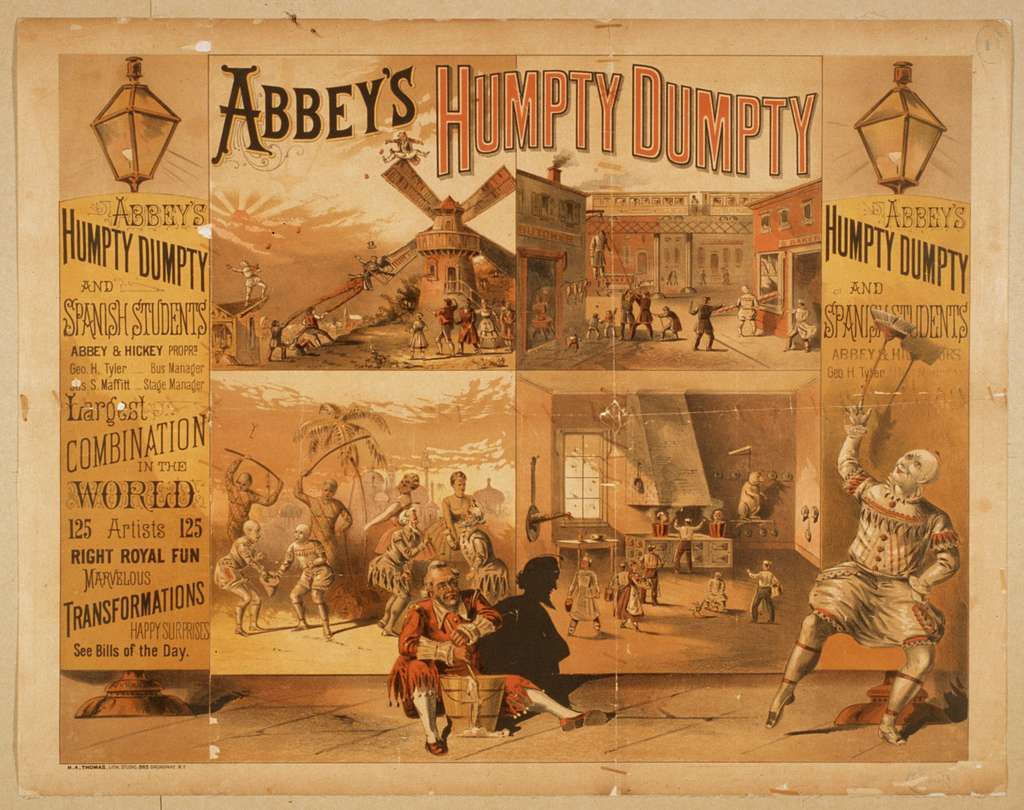 Such is our great nation, we just keep pushing, year after year; we will do the same in 2020.

Be safe out there, and thanks for reading.

This concludes our look at 1918, please put your tray tables in their upright and lock position, fasten your seat belt, put on your mask — it’s back to the future (today).

Blake Dowling is CEO of Aegis Business Technologies and the host of the Biz & Tech podcast. He also writes for several organizations.