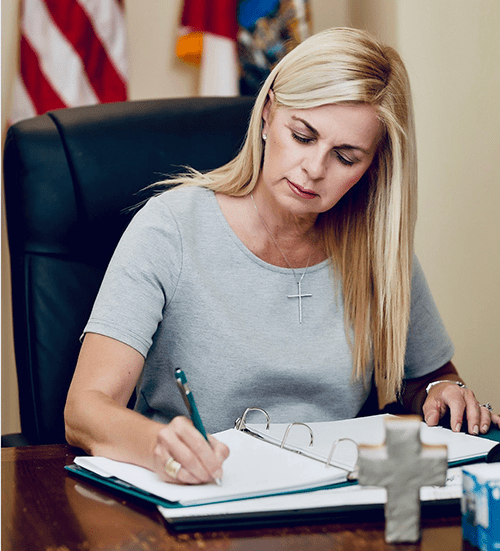 Rebman Lopez has more cash on hand than all her rivals combined.

Republican Rep. candidate Rhonda Rebman Lopez has spent more than any of her fellow candidates for House District 120. But she still has more cash remaining than all her rivals put together.

Fellow Republican Jim Mooney, who has been endorsed by outgoing HD 120 Rep. Holly Raschein and Sen. Anitere Flores, has $59,123 remaining.

The third Republican candidate, Alexandria Suarez, has $15,834 in cash available.

Lopez has been endorsed by the Everglades Trust and the South Florida Police Benevolent Association, but her fundraising has to just $6,405 over the last two filing periods.

By contrast, Lopez has seen some of her heaviest spending in the last month. She spent $28,594 between July 11 and July 17 and an additional $43,206 between July 18 and 24. Much of that money — more than $40,000 — was paid to Groundswell Strategies for governmental consulting and media and direct mail.

Her campaign also paid $12,500 to the United States Postal Service for postage.

His campaign paid $11,500 to Mentor Media Services for advertising on July 13 and $7,500 to Campaign Insights for polling on July 23. Mooney also paid $5,418 to Stoneridge Group for direct mail and printing.

His political committee, Friends of Jim Mooney, tat has raised $2,500, but spent nothing.

She’s raised a total of $1,250 over the last two filing periods and spent $26,807 from July 18 to July 24. All of the expenditures were paid to Front Line Strategies for campaign marketing material.

Suarez also has a political committee, Friends of Alexandria Suarez, with an additional $2,500 in cash on hand.