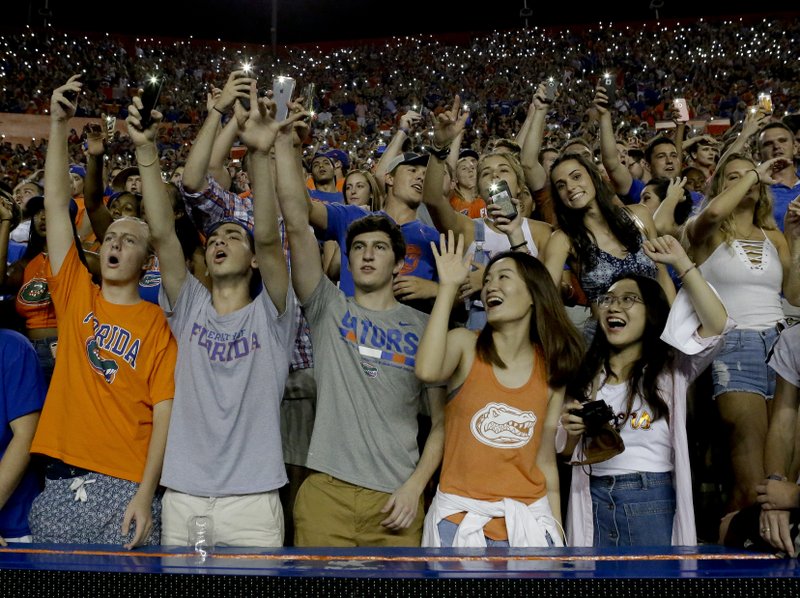 In many ways, the Mid-American Conference has little in common with Power Five leagues that first come to mind when fans think of major college football.

There are no 75,000-seat stadiums in the MAC. Million-dollar per year coaches are rare. In a typical season, NFL scouts might find one or two potential first-round draft picks playing at the 12 MAC schools that dot the Midwest. The MAC’s biggest games — #MACtion, if you will — are often played on Tuesday and Wednesday nights. Its television deal with ESPN pays per year only a few million more than the $9 million Clemson pays coach Dabo Swinney.

Still, the MAC is one of 10 conferences that competes in the NCAA’s highest level of football, and Saturday it became the first of those to surrender to the coronavirus pandemic and cancel the fall sports season.

So is the MAC an anomaly, done in by its small budgets or is this a dire sign of things to come in college football? This is how sports collapsed in March: One league canceled and others quickly followed.

“I won’t try to judge what other folks are doing,” MAC Commissioner Jon Steinbrecher said. “I know we’re all in the same place. They all have their advisers. They’re going to make judgments based on the information they are receiving.”

Not long after the MAC announced it would explore second-semester seasons for all fall sports, including soccer and volleyball, the Big Ten made its own announcement that seemed ominous given the timing.

Tapping the brakes on football’s preseason, the Big Ten told its schools that until further notice full contact practices cannot begin. All teams will remain in the first two days of what is known as the “acclimatization period,” working out in just helmets. The first Big Ten games of the season are scheduled for Sept. 5.

“As we have consistently stated, we will continue to evaluate daily, while relying on our medical experts, to make the best decisions possible for the health, safety and wellness of our student-athletes,” the Big Ten said in a statement.

The MAC’s schools were facing a significant financial burden by trying to maintain costly COVID-19 protocols, while also dealing with the uncertainty that campuses can be opened safely.

A move to the spring, however, could also be budget-buster if it means less revenue from the ESPN deal, which pays each school about $1 million per year, and football ticket sales. The MAC also shares about $90 million per year in College Football Playoff money with four other conferences.

“It would be naive to say that you don’t give thought and consideration to what the financial ramifications of any decision are, but this was a health and well-being decision first and foremost,” Steinbrecher said. “As we sit here today we don’t know what this will mean financially and how the rest of the fall plays out.”

Steinbrecher said the decision effects only fall sports, not basketball or others that begin in the second semester such as baseball, softball and lacrosse.

He added the decision was unanimous among the membership. Northern Illinois athletic director Sean Frazier, supported by NIU President Lisa Freeman, has been a vocal advocate of delaying the season.

“No one wants to have football or sports more than me,” said Frazier, who played football at Alabama in the late 1980s. “Football gave me all the opportunities I have today, but I can’t do it at the expense of people’s lives.”

Eastern Michigan athletic director Scott Wetherbee said he has been feeling a sense of inevitability for two weeks about the MAC canceling fall football, but can’t predict whether this decision trickles up to other conferences.

NCAA chief medical officer Brian Hainline made clear that even though plans for the football season have been adjusted to accommodate potential COVID-19 disruptions like the ones Major League Baseball has had, they are all still aspirational.

“Almost everything would have to be perfectly aligned to continue moving forward,” Hainline said Friday during the NCAA’s weekly video chat on social media.

As the Power Five conferences re-worked their schedules to play exclusively or mostly within their conferences, another of the MAC’s revenue streams dried up.

MAC schools, with athletic budgets in the $30 million range, rely heavily on payouts from road games against power conference teams. Kent State alone had more than $5 million in so-called guarantee games canceled. Whether they can be recouped and when is still to be determined. Without that revenue, the strain became too great of trying to keep players and staff safe during a pandemic.

“Certainly there was a cost attached to it,” Wetherbee said. “But as a league we were prepared to do it.”

The move to try spring football has already been going on in the second tier of Division I.

Nine of 13 conferences that play in the Championship Subdivision, have postponed fall football seasons. The first was the Ivy League in early July.

Now it’s the MAC, which was among the first conferences to limit fan access to its basketball tournament in March as concerns for the virus began to soar across the country. On March 12, the MAC was among many conferences to call off their tournaments hours before the NCAA canceled all of March Madness.

“If you told me in March we’d be here today,” Steinbrecher said, “I’d never have believed it”